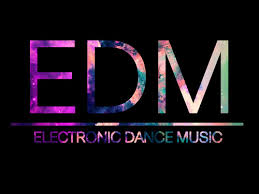 Electronic Dance Music. EDM. The three letter word that’s synonymous with one of the most popular genres of music. There’s a big debate about EDM. Fans say it’s the greatest thing ever in music. Detractors say it’s the worst. My personal opinion? I like EDM; I think it’s cool. I’m more open-mined than most people when it comes to music. I like hip-hop, rock, alternative, R&B, soul, jazz, reggae, Top 40/pop songs that don’t suck, etc. and EDM is no exception. Now I wanna take a second to speak about the history of this music. Electronic music is no new phenomenon; it’s been around since the disco years. Yep. EDM has been around before its current audience of young people. One of its pioneers is Kraftwerk, a German music group from the 1970s that specialize in electronic music. These guys were real innovative during their time and they influenced generations of artists in different genres of music. Yet they don’t get the credit they deserve. Here’s some of their music so you people can get familiar with them…

Back on topic, after the death of disco, electronic music continued to evolve and get mainstream attention and in the process, several sub-genres spawned. Idiots who don’t know anything about EDM will call all of it techno, which is one sub-genre and not ALL EDM. A hard-core EDM fan will tell you there’s a difference between techno and other genres like house, trance, drum & bass, jungle, dubstep, ambient, downtempo, UK garage, and other genres that exist that I’ve probably never heard of. 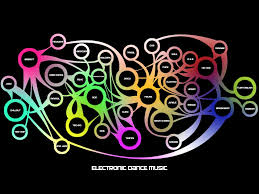 Two statements that many people who hate EDM say are “they just push buttons”  and “it’s not real music.”  Let me respond to these statements.

Now, this statement is 50% true. Some DJs are lazy as hell with their music. They just push play on their laptops and their pre-recorded music plays. But some EDM acts aren’t like that. Those dudes have pre-produced music and they use mixers, synths, drum machines, etc., along with their laptops, to make their concerts more of a live experience.

“It’s not real music”
Oh, REALLY? Not real music? Then what IS “real music?” This is what kills me; you got these music purists who think they know EVERYTHING about music. These motherfuckers hate everything popular and give music fans a bad name with their shitty opinions that NOBODY gives a fuck about. These the dudes that go on every YouTube video of a Tupac song or a rock song and can’t comment without mentioning Justin Bieber or Lil Wayne or some current popular artist. It’s annoying as fuck. STOP IT!! It’s actually funny because the people who say it’s not real music are mostly from the older generation or just wanna-be hipsters. That statement has been said several times in the past. In the 1950s, when rock was first popular there were many people who said it wasn’t real music. 60 years later, it’s still thriving, selling records, and spawned many sub-genres. In the 80s, hip-hop started getting mainstream exposure and the same type of people saying rock wasn’t real music were saying hip-hop wasn’t real music. 30 years later, it’s become a multi-billion dollar empire and still very popular with the mainstream (despite some of the problems within the culture, which I’ll talk about in another post). My main point is, music is music. It doesn’t matter how it sounds, how it’s made, etc. IT’S STILL MUSIC. If it makes you feel a certain way or if it makes you wanna dance, then it’s music. You don’t have to like it, but don’t say it’s not real music because you sound like a fucking idiot.
No matter how anybody feels about it, EDM or electronic dance music is still one of the most popular genres of music out there. It has a solid, dedicated fanbase and has influenced a generation of music artists. Elements of EDM has (unfortunately) been used in today’s popular music, which I think is one of the reasons why some people are sick of it. But it’s safe to say that EDM is here to stay, just like rock and hip-hop. If you’re an EDM fan, don’t let anyone talk shit about the music you like and bump that deadmau5 with pride. And a message to the music elitists, get your heads outta your ass and listen to music with an open mind OR just listen to whatever music YOU like and shut the fuck up. Something for you assholes to think about; if you think EDM sucks and isn’t real music, then remember this, there were old farts like you in the 50s and 80s who thought the same way about rock music & hip-hop. Let that shit marinate in your brain.
A’ight, peace. And fuck you, music purists.

One thought on “EDM: The New Popular Genre”