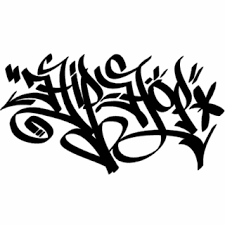 I’m a hip-hop head. Hip-hop is a part of my life. Throughout my 18 years on this planet, I didn’t really get into it until I was 13. It’s not just music. It’s a culture. A culture that is going through an identity crisis right now. Nearly 40 years since it’s arrival, the question on people’s mind is “what now?” When talking about the state of hip-hop, many things are brought up, including its commercialization. Ever since the 80s, hip-hop has been getting mainstream exposure. A lot of hip-hop heads, including myself, have said that the music started losing its soul when big record labels and corporations got their hands on it and milked money out of it. You got rap appearing in commercials and movies and shit. Then there’s niggas who come into the rap game for the quick buck and don’t know shit about the game. Why do you think rappers come and go?

Let’s imagine some new rapper signs a deal with a major label. They give him a certain amount of money that’s supposed to be used for studio time to make the debut album. The dude would probably buy a Benz and a bunch of jewelry or some other shit that rappers buy. He doesn’t know shit about the business, making it easier for the label to take advantage over him. They take care of everything: the sound of the album, singles, videos, image, promotion, touring, etc. So when that hot single comes out and the album goes gold or platinum, the label will be making a boat-load of money. The rapper will probably get a small percentage of the money he’s making because most of it will go to the label. Then, when it’s time for the second album, that’s where many rappers make mistakes and suffer from the dreaded sophomore slump, which can kill a career. The rapper has to re-create the success of the first album, because if they flop, they’ll get dropped from the label and end up broke and homeless. The whole point of that scenario is to let rap niggas know to learn about the business. Cause if you don’t, you will be taken advantaged of by the record labels. Sometimes, the best route to having a successful rap career is to go independent. It’ll be a lot of hard work since you don’t have a major label backing you up, but if it all works out, you’ll get paid more than if you were on a major. It’s possible to be successful while on an independent label. A good example of that is Macklemore. With producer Ryan Lewis, he currently got the number one song in the country right now with “Thrift Shop” and his album “The Heist” is a commercial success. Dude’s making a lot of cheese. All of that while he’s signed to an independent label.

I don’t even like saying this, but hip-hop has the worst fans EVER. Seriously. Some of these fans should be ashamed of themselves. There’s those bitter, stuck-in-the-90s people who say hip-hop is dead (thanks, Nas) who won’t accept the fact that hip-hop is well and thriving; these the same dudes who download their favorite rapper’s album instead of going to the store and buying them. You also got these mainstream, bandwagon fanboys who rides the dick of whoever’s popular at the moment and let the radio or BET or MTV tell them what’s hot. These motherfuckers don’t care about lyrics and substance; they just wanna hear a hot beat and a catchy hook to dance to or get hyped to. Then there’s the underground backpackers who’ll praises some unknown underground rappers and the instant their favorite rapper goes mainstream, they’ll turn against them and call them a sellout. Then you got these retarded young niggas who have NO respect for the older generation of rappers; they see an older rapper and disrespects them while dickriding the younger rappers. I blame the media and some of these popular rappers for these retards because these motherfuckers have a fetish for youth. It’s like why can’t rappers have long-lasting careers like rock and R&B artists. Them motherfuckers are in their 50s, 60s, and 70s putting out new music, selling out shows, and getting non-stop love from fans of ALL ages, even the young ones. Yet, for young hip-hop fans, it’s a problem when a rapper reaches 30; they’re like “yo, you too old. Retire.” FUCK OUTTA HERE WITH THAT BULLSHIT!!

The whole sound of hip-hop has changed a lot. The days of sampling soul records and the boom-bap are almost over. Now hip-hop has embraced many sounds: rock, pop, electro, R&B, etc. There’s been wack rap records in the beginning, but after 2004, they’ve over-flooded the market. Rappers are making half-ass records with hot beats, repetitive hooks, and weak lyrics. A couple of examples below.

All of these songs, along with others, are all style and no substance. But the rappers aren’t the only ones to blame; these dudes are just doing their job, even if they suck at it. The labels, the fans, the radio stations, etc are to blame as well. The labels and radio stations keep pushing this wack shit non-stop and the fans are eating it up. I have nothing against anyone trying to get their money, but a lot of the mainstream rappers are making the same records over and over again, talking about the same shit; money, jewelry, clothes, weed, liquor, drugs, guns, women, etc. There’s not enough diversity on the radio to balance shit out. There should be a balance between commercial shit and conscious stuff, which is missing now. Fortunately, there are some rappers who are bringing a balance to this shit. 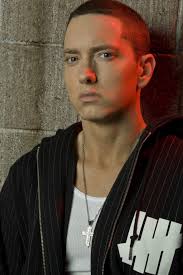 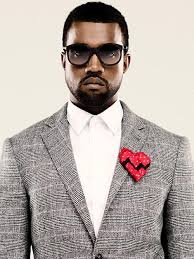 Though I’ll admit that Kanye has been sorta falling off lately. Hope his next album proves me wrong. 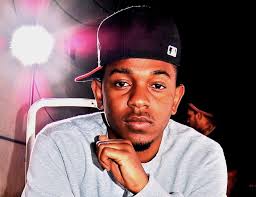 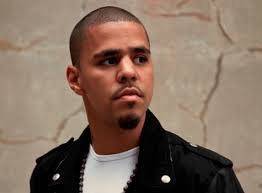 At the end of the day, there’s a place for everyone and everything in hip-hop, even the commercial shit. There should more diversity for hip-hop because it’s a universal language that’s for everyone and not a lot of people can relate to dudes talking about they got stacks of money and buy expensive shit. I’m not saying they shouldn’t talk about that shit at all; I’m just saying don’t just ONLY talk about that shit on all your songs. Bring some variety to your content. Switch up your style every now and then. That’s all I ask for as a fan of hip-hop. What does the future hold for this culture? Hopefully, more substance to balance out the bullshit.