So I was on Twitter the other day, browsing through my feed. And then I looked at what was trending. It was a bunch of random, pointless shit and then I saw that YMCMB (Young Money Cash Money Billionaires) were trending. Normally, I wouldn’t care because YMCMB is a label filled with shitty “music artists” and they contribute nothing good to music. But that day, I was like, “fuck it” and I went to see why YMCMB were trending. And there were a couple of articles that had this title or some form like it; YMCMB Signs Paris Hilton. Yep. You heard me right. YMCMB signs Paris Hilton. When I heard this, I didn’t get it. I didn’t understand it at all. YMCMB signed Paris Hilton. Let me repeat that; PARIS HILTON. PARIS FUCKING HILTON a.k.a. the untalented fame whore (With a lot of emphasis on the whore part) who thinks she runs shit. The Williams brothers gave this bitch below a record deal. 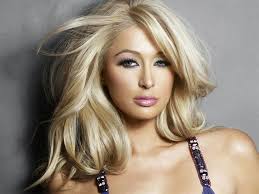 I don’t know if anyone told the people at Cash Money Records this (They probably didn’t because they were too focused on Paris giving them blowjobs), but Paris has ZERO talent of any kind; she’s less talented than a goddamn brick. She’s a useless piece of human garbage who became famous off of doing nothing besides being a fucking party animal (Get it? “FUCKING PARTY ANIMAL?” If you don’t, oh, well) at Hollywood night clubs and being an heiress of her family’s hotel business. After having a sextape, she then had a bunch of shitty reality TV shows, which are now cancelled (Thank goodness). She basically paved the way for Kim Kardashian, Farrah Abraham, and untalented fame whores like them. They’re all just flies that won’t go away and needs a nice flyswatter (BTW, I don’t mean this literally; I mean it metaphorically). Recently, her fame was diminishing until now. This move by Cash Money made her relevant again. Reportedly, she’s working on a dance music album that’ll be out in summer. Great. That means more shitty music polluting the airwaves. I actually forgot that she even made music ever; I also just remembered that she actually put out an album 7 years ago and how shitty it was. Check out this piece of audio feces, “Stars Are Blind” or don’t.

Whoever approved of this shit being released needs to be shot ASAP.

One good thing about Paris Hilton releasing new music is that I certainly now know she’ll be a contender for the Top 10 Worst Songs of 2013 list that’ll be out in January. Now on to the motherfuckers who signed the bitch, YMCMB. I think about it; nobody should be surprised by who these niggas sign. These niggas at Cash Money are now signing everyone and their mama. Boneheaded moves like this is one of the reasons why YMCMB can’t be taken seriously aside from the fact that they make shitty music. Seriously, Look at their roster.

All of them are fucking clowns. Only three of them (the ones with the * after their name) are successful right now and many of them haven’t even released any music. I’ve said this once, I’ve said this twice, Imma say it again; YMCMB is full of shitty pop artists, washed up has-beens, and never has-beens. If you’re a music artist and you sign to this label, say goodbye to your career because no YM/CM artist whose names aren’t Lil Wayne, Drake, and Nicki Minaj has been super successful. Tyga had one big hit song (Rack City) that peaked at #7 on the Billboard Hot 100 and one moderate hit (Faded) that made the Top 40, but he’s not selling records and making money like Drake and Nicki. Jay Sean had one song that topped the charts and that’s it. Kevin Rudolf became another one-hit wonder with “Let It Rock,” which was the furthest thing from rock. Christina Millian is only relevant because of “The Voice.” Birdman should never make music ever and should just stick to running Cash Money with his brother. DJ Khaled is the most useless dude in hip-hop. Everyone else is pretty much tax write-offs. Why anyone would sign to YMCMB, I’ll never know. Your career isn’t gonna go anywhere being signed to those niggas. This move isn’t gonna help Paris’ career, only harm it. My prediction is that her music will flop harder than she did when she got the shit fucked out of her during the sextape that she had and that she won’t be making music ever after that. As for YMCMB, fuck you, you no-talent having ass niggas. Go fuck yourselves and your mothers.
A’ight, peace!!