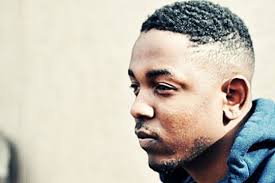 Without question, Kendrick Lamar is one of the best rappers of this generation. His unique style as a lyricist makes him stand out in a hip-hop climate full of unoriginal doppelgangers who sound like each other (names won’t be mentioned) and it’s payed off for him in the long run, hence his critically-acclaimed major label debut, “good kid, m.A.A.d. city” going platinum and spawning three Top 40 singles on the Billboard Hot 100. His album is considered by many to be a modern day classic (I personally think only time will tell if an album will be classic and GKMC will definitely be a classic through time) and sets the bar high for many in the hip-hop community.   Last week, Big Sean dropped a song that didn’t make the cut for his recent album. The song is called Control featuring Kendrick and Jay Electronica. Here’s the track below.

This song had the attention of everyone in the hip-hop community, mainly because of Kendrick’s verse. He proclaimed himself King of New York, compared himself to legends like Jay-Z, Nas, Eminem, and Andre 3000, and mentioned rappers he’s cool with and said he was gonna murder them (he didn’t diss anyone, BTW). It was a lyrical assault and it got people talking. Many rappers responded either on Twitter or on wax. There’s been plenty of rappers who responded with their own tracks, from Joell Ortiz, B.o.B, Lupe Fiasco, Cassidy, and even Joe Budden.

Now let me tell you something. Hip-hop right now has been getting stale for the last 5-10 years. Dudes are so focused on rapping about materialistic crap that they’ve lost focus on what hip-hop is about and are devaluing the culture even more. Hip-hop, for the most part, is a sport and is about competition; talking about who’s got the best bars. A lot of these rappers have lost sight of that while living in their own fantasy of endless money, recreational drugs, expensive sports cars, designer brand clothing, and easily-impressed models. Kendrick is bringing that essence back to hip-hop, one that’s been missing for a while. The fact that he got dudes making response tracks says something. This helps other rappers step up their lyrics game and keeps shit interesting. Hopefully, more rappers in the future can keep the tradition of competition going. Otherwise, what’s the point of hip-hop really?