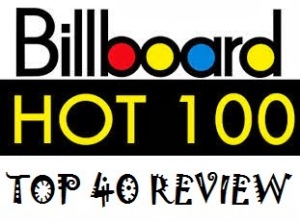 Welcome back to another Billboard Hot 100 Top 40 Review where I express my opinions on the 40 hottest songs in the US. There’s been some changes on the charts due to some newer songs and also, there’s a new #1 song that knocked Pharrell down to #2 after ruling the top spot for 10 weeks. Let’s get started.

#30. Wild Wild Love-Pitbull ft G.R.L.: Pitbull is one of the most surprising successes ever, him and Flo Rida. They both are rappers who make dance-pop songs and are constantly being played on Top 40 radio, but the hip-hop audience avoids them like a cold sore. They have no variety in their shit besides party all the time, the have no charisma, no personality, and no memorable verses. Seriously, the most memorable part about Pitbull/Flo-Rida songs are the hooks and/or guest features. The fact that they make the same type of music and still constantly score hits and features is appalling. Back to this song, it’s weak. It sounds like every other pop song on the radio. It sounds like Pitbull is trying to use some different production, but it gets washed over by the electronic bullshit. None of his verses stood out, I only remember the hook by G.R.L., who I think is the record label’s attempt at re-creating the Pussycat Dolls. There’s not much to say about this shit, it’s just another song about partying and sex. It gets a 1 outta 5.

#29. Birthday-Katy Perry: This is a song that I’ve previously did a Target Practice on, so go check that out. I’m not gonna spend too much time on this, so I’ll just say this: this is another song about sex using birthdays as a double-entendre. It’s full of lame puns and is just annoying. The production is typical for any Katy Perry song, nothing new here. This gets a 1 outta 5.

#28. Classic-MTKO: An ironically titled song because a classic this is not. This is not a horrible song, but it’s not that great either. This is a song where a guy is talking to a girl and comparing her to music artists of the past. If only Kanye didn’t do a better song with that same premise 10 years ago. Oh, yeah, and there’s a rap verse in there, too. I’m not gonna talk about that because there nothing to talk about, it’s so forgettable. This is an okay song with some nice production, but I’m not gonna be in a rush to go listen to this. It gets a 3 outta 5.

#26. Am I Wrong-Nico & Vinz: Tell you the truth? I actually sorta like this song. The production has that reggae feel to it, it has decent lyrics, and these guys are pretty good vocalists. Nico & Vinz are two Norwegian black guys who achieved success in their native country. That funny because I thought they were from the Islands or Africa when I heard this song. Go figure. Overall, I give this a 5 outta 5.

#24. A Sky Full Of Stars-Coldplay: Coldplay did an EDM song. Let me repeat that: COLDPLAY DID AN EDM SONG. But this isn’t as bad as you’d think it is. I’m open-minded to artists experimenting with other genres and that isn’t anything new to Coldplay, who always experiment with other types of music. This is their first step into EDM. Avicii actually took part in producing this song and you can definitely tell. It sounds more like an Avicii song featuring Chris Martin than a Coldplay song. But I like this song okay. Despite the EDM shit going on, it still has that Coldplay touch. I actually like this song over Magic. I give it a 4 outta 5.

#20. Love Never Felt So Good-Michael Jackson & Justin Timberlake: Before I continue, I just wanna say that I’m not a fan of record labels releasing unreleased music from artists after they died. I feel it’s just un-genuine on their part and it’s just them trying to make money off of the dead artist’s name. Now onto this song, it’s not Michael’s best, but it’s pretty solid. The production is good, the hook is catchy, it’s an enjoyable song. A little origin story of this song: this was actually recorded as a demo in 1983. Now, it’s been re-worked by Timbaland and company for Michael’s second posthumous album, Xscape. They did two versions of the song, one of them features Justin Timberlake. The funny thing about this song is that it sounds like something either Michael or Justin would’ve made. Who knows the collaboration possibilities if Michael had lived. Anyways, this song is okay, but compared to Michael’s other classics, it doesn’t hold a candle against them. I give it a 4 outta 5.

#18. Summer-Calvin Harris: Summer is a simple EDM song with decent lyrics about falling in love in summer. I like the production, it’s fun to dance to and it does capture that summer vibe. More mainstream EDM songs should sound like this. This is one of Calvin Harris’ best songs to date. It gets a perfect 5 outta 5.

#14. Me And My Broken Heart-Rixton: Man, Maroon 5 really went downhill. Wait. That’s not Maroon 5? Huh, this group sounds a lot like them. As you can guess, I don’t like this song and this group. This shit sounds like a terrible Maroon 5 song that was rejected. It’s annoying, generic, and bland. Plus, it sounds a lot like Rob Thomas’ 2005 hit Lonely No More. I haven’t seen a rip-off this obvious since Roar ripped off Brave. It’s no question that this shit gets a 1 outta 5.

#3. Problem-Ariana Grande ft Iggy Azalea: Anyone that frequents this site already know my opinion on Ariana Grande and how I felt that her album was really solid. She’s a talented singer, but I think she needs to avoid those Mariah Carey-isms that plague her and this song doesn’t help. It’s not bad, but it’s pretty weak compared to her other songs. It’s about heartbreak and I’ve heard other songs do this topic better. Also, Iggy’s verse was forgettably mediocre. You take out that verse and nothing would change. I like the production, though. It has that 90s feel. But good beats don’t automatically make a good song. Overall, I give it a 3 outta 5.