Welcome to Target Practice where bad popular songs of the past and present get shot. Let’s talk about Future. He’s one of those rappers who I could never understand the appeal of. He’s a terrible rapper and an even worse singer, his voice is the musical equivalent to nails on a chalkboard, he uses WAY too much Auto-Tune, he has no creativity, and his songs contain the typical mainstream rap topics of money, drugs, women, material possessions, etc. Someone like 2 Chainz, I get his appeal, sort of, because some people say he’s supposed to be funny (if that’s true, then he’s as funny as a combination of the Holocaust, cancer, and a bad Adam Sandler movie), but I still don’t get Future’s appeal. He has no talent or personality and should’ve been out of the industry by now, but because people nowadays praise mediocrity, he’s still here. Standards for music is really low, ladies and gentlemen. I’ve rambled enough; today’s Target Practice is a song from Future that features escaped mental asylum patient Kanye Kardashian and it’s about their “trophy wives.” Joyful. This is I Won.

A rap song that objectifies women? What a shock. On a serious note, this is where the song fails the most (and trust me, there’s a lot of fail in this shit). Future is comparing his girl, Ciara (who should’ve stayed in 2005 or whenever she was relevant), to a golden object. I am aware that there is a lot of misogyny in rap music, but this is just cartoonish. It’s like he’s trying to be romantic, but this just backfired on him. “Hey, girl. You are my trophy.” This is 6th grade talk. No, I take it back. 6th graders would laugh at this corniness. This is an awful hook that isn’t even that catchy or melodic. Let’s just get to the verses.

Get to fuckin’ on the dresser just to make that pussy wetter
Gotta put you in that vintage then you rockin’ Perry Ellis
Then I leave with you, only cause I believe in you
We get to bangin’ on the walls just to piss the neighbors off

And now I realized what kind of song this is; a sex song disguised as a love song. I mean WOW. Is this REALLY the best way to start your verse after what the hook gave us? “Hey, girl. You are my trophy. Now let’s fuck everywhere.” I swear, it’s like this shit was written by a monkey.

How can you cause a woman’s ass to be bigger? Unless you’re her fitness trainer or a plastic surgeon, you can’t do that.

I know it’s because of me, got you in custody

What, are you a cop now? What crime did Ciara commit besides not staying irrelevant? Or maybe they’re doing some S&M shit. Who knows? Some couples like to do freaky stuff in bed. If that’s the case, I ain’t even mad. Whatever gets you off.

Whoever knockin at the door, they gotta wait til we finished
I know I started at the bottom but that not ain’t where endin’ 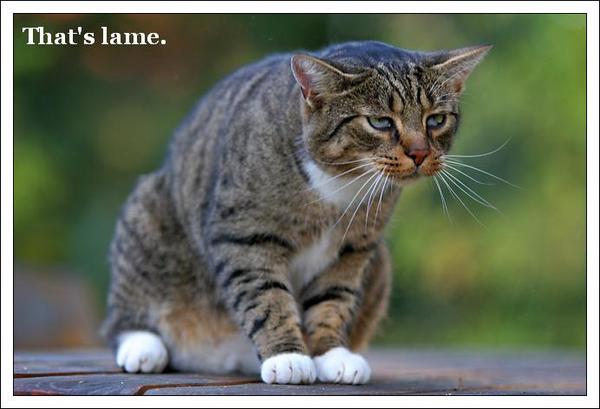 Enough of that. Let’s see what our friend Kanye Kardashian is up to in La-La Land.

More like the number one skeezer. Kim K ain’t the type of chick you make into a housewife, she’s more like the type you have a one-night stand with and leave. You gotta know the game, Yeezy, because that’s not how you do it.

You grew up on J. Lo, Timberlands by Manolo now
Till one day I put an angel in your ultra sound

More like another money/publicity machine for Kris Jenner. I’m telling you, that kid, when she get older, is gonna be fucked up. The people she’s gonna be around won’t help.

I made it over NBA, NFL players
So every time I score it’s like the Super Bowl

Plus, every B-list and below black celebrity. Smashing Kim is nothing to be proud of, especially when most of Hollywood has been in that box already. Even Bow Wow’s short ass got with her. Oh, and here’s a message from Brandy’s little brother.

Baby, we should hit the south of France
So you could run around without them pants

There you go, ladies and gents. Kanye Kardashian is letting us know he’s still a pervert.

I put that glacier on your little hand
Now that’s the only thing without a tan
My trophy on that Bound bike, I gave you only pipe
If people don’t hate then it won’t be right

Let me say this; Kanye West is mentally dead. His mind has been taken over by the ghost of a deranged hobo who stole his identity and took over his life. This is Kanye Kardashian, he became a Kardashian when he stuck his dick into Kim and didn’t pull out. This is not Kanye West at all.

You could look at Kylie, Kendall, Kourtney and Khloe
All your Mama ever made was trophies, right?

Oh, you mean Kris’ cash cows? Notice he didn’t even name Rob Kardashian or Bruce Jenner. Seriously, all the males in that family are always set to the back for the females. It must feel horrible being a male Kardashian.

This song is a clusterfuck of horniness. I get that it’s supposed to be a tribute to these guys’ soul mates and the backing music has that romantic vibe, but the delivery and the lyrics botched all good intent and makes this sound like two douchebags bragging about their sex lives with their girls. Hell, if anything, the delivery and the lyrics makes this music creepy instead of romantic. Future sounds horrible as usual with that godawful Auto-Tune rap-sing flow that he does and Kanye just sounds uninspired and childish. I don’t want to hear him talk about Kim and her family at all. You can talk about fatherhood all you want, but leave the Kardashians out of it. It’s reached a point where I’m not even looking forward to his new music at all (I’ll still listen to it, being a fan and all). This overall track is an insult to wives and women everywhere. If they won, then we lost. If anything, this is more of a loss than a victory. After this, I’m done with “love”/sex songs for a while. Most of my Target Practices have been on those type of songs and the next one will be different.