Welcome to Target Practice where bad popular songs of the past and present get shot. When some artists achieve success, they let it all go to their head. They start thinking everything they do is gold and as a result, the quality of their material suffers. That’s why you see so many artists go through the sophomore slump where their second album becomes a critical and commercial disappointment. This leads us to Wiz Khalifa. He started off as an okay rapper who was very one-dimensional in his topics; partying, money, women, and of course, his favorite topic, weed. His music wasn’t great, but it was serviceable. Though his music after Rolling Papers got worse and his newest album, Blacc Hollywood, proves it. Aside from 2 okay songs, it’s bad. Listening to this album gave me a headache. I didn’t want to listen to it again. Anyways, today’s Target Practice is the lead single off that album, We Dem Boyz. Oh, boy. We’re getting one of those songs, are we? I think I made a mistake.

Seriously, how many times are you gonna say “hol up?” Was he just saying that a lot in real life and then one day, he decided to just use it as a chorus for a song? And are “dem boyz” referencing Taylor Gang? Also, you’re right about y’all making noise because so far, noise is all what this song is.

Popping bottles and oral sex. Typical rap music. And can you tone down the hol up? It’s getting real obnoxious.

Pussy must be serious (hol’ up)
Scared of heights come face your fears (hol’ up, hol’ up)

Okay, what do these lines have to do with each other? One minute, he’s talking about a woman’s vagina and the next, he’s talking about some dude’s fears. There’s no correlation between them. Maybe he’s suggesting that some guy is afraid of vagina. If that’s the case, then that guy must be playing for the other team. 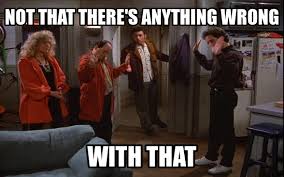 Peer pressure, what would the world be without it? Telling a girl to act like a stripper and then get her into pot. Wiz is such a great guy, right? Hahaha.

Wiz Khalifa, ladies and gentlemen. Getting high before he starts having sex. I guess he mixes ExtenZe into his weed.

Oh My Gosh, that was amazing!

In the words of the Rap Critic, NO, IT FUCKING WASN’T!!

Wait. This is supposed to be a song called We Dem Boyz, keyword WE. Wiz is doing nothing but talking about himself. He never says anything about his homies aside from them being “dem boyz” and that they’re making noise.

So women want him and he’ll wife up any woman with a big butt. Dude, you calling women hoes, yet you’ll sleep with any women that has a big butt and you want them to have your kids. You fucking hypocrite.

Oh, the fucking irony. You can’t be calling anyone lazy when in half of your song, you say “hol up” 300 times. You fucking hypocr- wait a sec. I already said that.

Man they money slim, they actin shady
I’m in my brand new car, who wanna race?

That has to be the lamest Eminem-related punchline I’ve ever heard since “got a white bitch with me call that hoe slim shady.”

Ho, bitch you ain’t come up from so why you showin up?
I’m takin them shots all my niggas stay loaded up

Jesus, these are the most stereotypical rap lyrics ever. Disrespecting women and claiming that you and your homies have guns and won’t hesitate to shoot. In the words of Jay Z, WE DON’T BELIEVE YOU, YOU NEED MORE PEOPLE.

Man on the low all these hoes be actin so material

Yet here you are bragging about material possessions. You shouldn’t throw stones in glass houses.

Hol up, man did you see her interior?

Her interior? WHAT THE HELL IS HE TALKING ABOUT?! Is he talking about her insides, because that’s fucking creepy. That’s something a deranged serial killer would say. Or maybe he’s talking about her vagina. I’ve heard many different slangs used for vagina, but I’ve never heard anyone call it the interior. Maybe he was talking about her ass and meant to say posterior or derriere instead of interior. That would make more sense than what was used here. It’s like no one in the studio that day this shit was recorded stepped up and told Wiz about this line. They probably just said nothing because they’re afraid of getting cut off from Wiz himself. Hip-hop needs less yes-men.

This song is crap. There is no redeeming factors here. The lyrics are sloppy, badly-written, and disjointed. The beat is generic as hell and sounds like every other mainstream rap song out there. The song has no focus or direction when it comes to the topic. The song is titled We Dem Boyz, yet most of the song is about Wiz himself. And the Auto-Tune. My God, the Auto-Tune is awful and unnecessary. Why did he need to make himself sound like a sick robot? It only makes the song worse. The best word to describe this piece of shit is lazy. This song is lazy. Lazily written, lazily produced, lazily performed, and lazily put together. How someone can like this, I’ll never know. Next Target Practice, “America’s Sweetheart” Taylor Swift is back with a controversial new single and I have it in my crossfire.