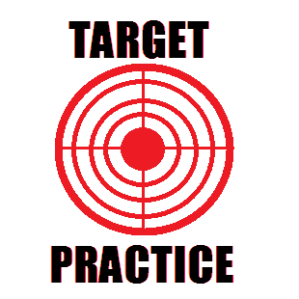 Welcome to Target Practice where bad popular songs of the past and present get shot. There’s many ways to describe Chicago (the band, not the city). The rock and roll band with horns. One of the most successful American rock bands of all time. Major sellouts. In the 70s, they were making songs like 25 Or 6 To 4. In the 80s, they were making songs like You’re The Inspiration. Yeah, notice the drastic change in their sound and content. They went from prog-rock heroes to staples of schmaltzy soft sock. What a waste of talent. Today’s Target Practice is the number one song of 1989 according to Billboard. Jesus, help me. This is Look Away.

When you called me up this morning,
Told me ’bout the new love you found,
I’m said “I’m happy for you,
I’m really happy for you.”

Here we have a song about a guy talking to his ex-girlfriend and she’s talking to him about her new boyfriend. That’s kinda dickish. I mean, they’re clearly on good terms if they care enough to talk to each other (they probably have a kid), but wouldn’t talking about the person they’re currently in a relationship with make things even worse? Why is she talking to her ex like he’s her gay friend?

Found someone else,
I guess I won’t be coming ’round.
I guess it’s over, baby;
It’s really over, baby, whoa…

And from what you said
I know you’ve gotten over me;
It’ll never be the way it used to be.
So if it’s gotta be this way,
Don’t worry, baby, I can take the news okay.

I betcha after they’re done talking, this dude will crawl back to bed and cry like a bitch.

man: *talking to ex-girlfriend on the phone*: So you got a new man. Well, congratulations. I’m happy for you. Oh, it’s fine with me. I’ll talk to you later. Bye.

Huh. So I wasn’t wrong. He’s not taking it well. He’s trying to hide his true emotions from his ex, making it seem like he’s fine with his ex’s new love, but in reality, he wants her back. How much you want to bet this turns into some crappy romantic comedy?

So when they were together, they agreed to be just friends. Yeah, how well does that usually work out? My God, this IS a crappy romantic comedy.

Okay. This is starting to drift from romantic comedy to horror suspense.

I just never thought,
That I would be replaced so soon;
I wasn’t prepared to hear those words from you.
I know I wanted to be free;
Yeah, baby, this is how we wanted it to be.

You wanted to be free? As in you didn’t want to be in that relationship. That’s sort of contradicting the rest of this song where you’re clearly not happy to have broken up. You clearly have no idea what you want, do you?

This song is… blech. It’s the typical 80s Chicago ballad with bland singing and soft rock instrumentation. It’s basically the musical equivalent of a lame rom-com and it’s about a guy whose ex talked to him about her new relationship. He pretends to be happy for her, yet he’s not completely over it and she’s an asshole for dropping something like this to him. This is one of those cases where nobody looked good. Damn it, Chicago. What the hell happened in the 80s that made you suck? Next Target Practice, I journey back to 1999 and look at a song from my childhood.