Welcome to Target Practice where bad popular songs of the past and present get shot. Through my time as a music reviewer, I’ve tackled many different types of bad when it comes to music. You know what kind of bad I don’t talk about as much as I should? Pretentiousness. When a record thinks it’s smarter than it actually is. This always makes the artist in question look like an unlikable douche. You usually find this in a lot of alternative/indie rock and underground hip-hop who try to separate themselves from their more mainstream contemporaries. Pretentious records are no better than the mindless ones. At least with mindless pop music, they know that they’re dumb. This brings us to today’s Target Practice victim. From singer-songwriter Halsey, this is New Americana. 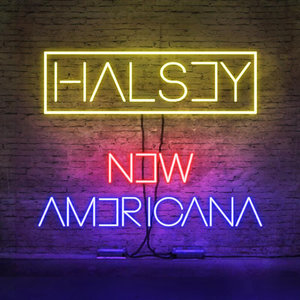 So we’re dealing with some successful woman (doesn’t specify her profession at all) who likes to drink and smoke a lot. You might want to take it easy there, girl. You know what those things do to you. You’ll be one of those old gambling chicks in Vegas with a hole in your throat.

Survival of the richest, the city’s ours until the fall.
They’re Monaco and Hamptons bound, but we don’t feel like outsiders at all.

Taking over Hollywood, huh? Better make sure you have the money for it, otherwise, you WILL be an outsider. Is this trying to comment on the lives of the higher class and compare it to those of everyone else’s?

Basically, this chorus can be summed up in, “WE’RE THE 90S BABIES!! WE SMOKE WEED AND LISTEN TO BIGGIE AND NIRVANA!! WE ARE SO COOL!! WE ARE THE NEW AMERICA NOW!!” It’s like this song is trying to be the new version of America, Fuck Yeah without the cheese and entertainment value that makes that song awesome.

Young James Dean, some say he looks just like his father,
But he could never love somebody’s daughter.
Football team loved more than just the game
So he vowed to be his husband at the altar.

Well, I have no idea who you are or who you’re trying to appeal to. And wait. Bubblegum? That’s… random. What kind of person asks someone what type of bubblegum they’re blowing?

person 1: Any thoughts on Donald Trump running for president?

person 2: Oh, God. I seriously hope he doesn’t get elected.

person 3: Yeah, I don’t agree on his immigration policy. It’ll sink the country to a newer low.

person 4: He’s only doing this for the attention and because he can since he’s rich.

person 5: So what kind of bubblegum are you guys blowing lately?

person 2: This is why we never invite you to go anywhere.

I… I have no idea what this song is trying to do. Is it trying to provide social commentary on today’s youth? Is it praising or bashing the wealthy? This song has no focus or a clear directive. It doesn’t even know what kind of a message it wants to put out. At least we know what Royals is about, it’s criticizing those who live a more lavish lifestyle. Halsey is boring as shit as a singer as she desperately wants to emulate both Lorde and Lana Del Rey without the things that makes those two interesting. The production of this song is a chaotic mess of synths and weak percussion. It’s like the producer said, “fuck it,” and gave Halsey the laziest beat he had. This pretentious dreck is a drag to listen to at barely over 3 minutes. If you’re gonna make a song about the state of the American youth, you better put some effort into it because New Americana is a new failure. Next Target Practice, we take a trip to 1985 to talk about a song with a suggestive title.

Just What I Needed-The Cars

Heaven Is A Place On Earth-Belinda Carlisle