Wow, 1996 was a huge letdown. Don’t get me wrong, it’s not a bad year as it has its bright spots like any year, but coming off of 1995, 1996 is like going from a five-star restaurant to a cheap Mexican food kiosk. A lot of R&B and hip-hop were underwhelming and house music was bland as hell. On the flip side, alt-rock and post grunge are making their impact on the airwaves. Like I said, can’t have the good without the bad and ecetera. Granted, this was one of Mark Grondin’s favorite years in pop music, from what I’ve heard. Consider this list as a respectful rebuttal.

Zzzzzzzzzzzzzzzzzzzzz……… Oh, I’m sorry. This song is so boring, it put me to sleep. The slower, downtempo faux-80s beat hurts the song a lot. And of course, this lightweight production is accompanied by a lightweight singer in Donna Lewis, whose bubbly voice makes it sound like she auditioned to be one of The Cover Girls, but didn’t make it. I Love You Always Forever has to be one of the dumbest song titles ever. I Love You Always Forever? A bit redundant much? The writing also sucks. It aims for poetic, dream-like imagery and becomes a barrel of cliches. It’s like the worst-written Taylor Swift song ever. Thinking about it, I can imagine Taylor Swift making this song right now, this sounds like something right up her alley. Whatever. Next. 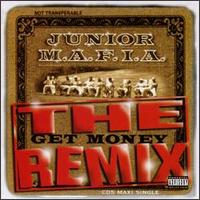 I think it’s safe to say that Junior M.A.F.I.A. was a failure. The Notorious B.I.G.’s attempt at finding and putting on new talent has resulted in nothing but mediocrity. First with Players Anthem and now this song Get Money. The production is too mellow and sleepy. The hook is this annoying high-pitched voice repeating “fuck bitches, get money.” The only rappers on the song is Biggie and Lil Kim because fuck everyone else on Junior M.A.F.I.A. and their verses were weak sauce and phoned in. This is every single bad luxury rap song you have ever heard. Hell, this shit was partly responsible for all of the bad luxury rap songs that came after it. No wonder 2Pac made fun of this song on Hit Em Up. Team Pac all the way. 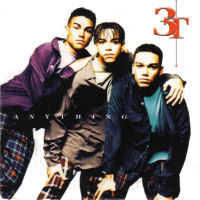 When you have a famous family member, it can be REALLY difficult to escape their shadow, especially if you’re doing the same thing that made that relative famous and ESPECIALLY if you’re related to Michael Jackson. This is 3T. They are a musical trio consisting of Michael’s nephews and it’s clear that they don’t measure up to their famous, talented uncle and they never will. Anything is a boring ass ballad with limp production, by-the-book elementary school writing, and unimpressive singing. These guys sound too much like Michael that it’s hard not to make the comparisons. If I wanted to listen to Michael Jackson, I would go listen to Michael Jackson. Don’t give me this cheap K-Mart version.

I’m not a huge R. Kelly fan. I’m not saying he’s bad; the guy is one of the most influential R&B artists of the past 20 years and he’s made some damn good records. But You Remind Me Of Something is not one of those records. The production is weak, it sounded like it was made in someone’s basement. I could’ve made this beat back when I was in high school. But let’s get into the main reason why You Remind Me Of Something sucks, the lyrics. R. Kelly tells a particular woman that she reminds him of his Jeep. A fucking Jeep. How insulting is that? Not just the objectification, but of all the cars you could compare a woman to, you choose a butt-ugly, stocky, square Jeep? This song reminds me of something, I don’t know what it is. Oh, wait. I know. Shit. Let’s hope some talentless loser years later doesn’t make a shitty song trying to copy this premise…

Wow, I guess the music-buying public of the 90s will make anything a hit song. I cannot find one reason to like Mouth by Merril Bainbridge. The production is a mess of beatboxing combined with instruments that doesn’t fit with each other and are barely audible compared to the percussion. This is another one of those songs that’s sugercoated on the surface, but a deeper look exposes something more. This song is about sex. I don’t care that Merril herself said it wasn’t about sex, the lyrics implied sex. These lyrics are as subtle as jabbing a rusty butter knife into both of your kidneys. It’s like the 90s version of Sugar Walls and there’s plenty of 90s songs competing for that title. 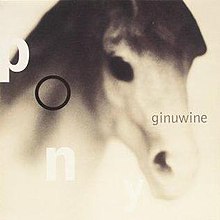 This song has annoyed the hell outta me for many years and I didn’t know why until now. I have nothing against Ginuwine as he’s capable of good songs like Differences. His debut single Pony? No. This song has some of Timbaland’s most frustrating production work to date (and this is the same guy who was involved with Drunk In Love and Partition). The drums are okay and so is the synth. But that bassline? Oh, God, that bassline is fucking horrendous. It sounds like a bullfrog belching after four triple chili cheeseburgers. How did Timbaland find this sound? It’s not just that the bass sounds terrible and drowns out the other instruments, but it’s this simple 5-note loop that repeats throughout the song and never shuts up. I think this might have inspired DJ Mustard’s production style in some way. This is a sex song where Ginuwine compares his dick to a horse. No, not a horse, but a pony. *groans* I always tune out to any song that compares dicks to anything. I don’t wanna hear that shit. At all. Listening to this song is like letting this dude wave his dick in front of your face while there’s nothing you can do about it. Urgh. 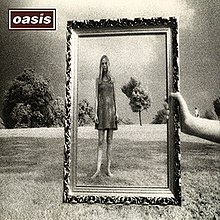 Is it controversial for me to say that I never liked Oasis? None of their songs have impressed me and they’re doucheholes in real life (which is something I can ignore if the music is good). Wonderwall has a lot of things against it. The instrumentation starts off decently with a nice acoustic guitar until you listen further in and get assaulted by a wall of noise generated by drums, bass, guitars, percussion, strings, and piano clashing together poorly. It’s like they wanted to generate as much noise as possible. None of this is helped by Liam Gallagher’s singing voice. God, I can’t stand his singing. It’s the worst combination of monotone and nasal that generates nothing more than a migraine every time I hear this shit. I always dread the chorus because that’s where Liam’s voice is at its most ear-scrapingly bad. It’s no wonder Oasis are no longer together. 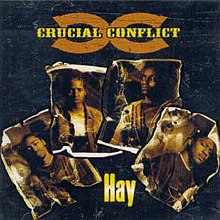 Do you like lazy, uncreative weed rap that does nothing new? Then you’ll get your full serving of it with this song, Chicago hip-hop group Crucial Conflict’s Hay. It talks about exactly about what you think it’s about, smoking lots of weed. This song would have been an album deep cut from Wiz Khalifa’s discography. The beat sounds terrible, especially with how sloppy the sample, bass, and drums all sound together. Mixing and mastering, you dicks. Look into it. All four members of Crucial Conflict suck ass as rappers. You can’t even tell who’s who since they all sound the same with weak ass punchlines and annoying voices. This would be the last time anyone would hear from Crucial Conflict ever again and I don’t think anyone was disappointed by that fact. 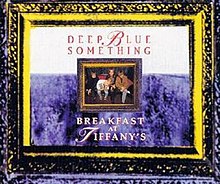 I mentioned this song on Random WTF Lyrics, I think it’s appropriate for me to talk about it on this list. Breakfast At Tiffany’s by Deep Blue Something is a classic example of songwriting gone to crap. There’s not much to the instrumentation and singing besides they’re both duller than a used number two pencil, so let’s get into the writing. Basically in the song, a couple are at an end to their relationship because they have nothing in common (which begs the question of why they’re even together in the first place), so the guy brings up the movie Breakfast At Tiffany’s, which the woman says that she remembers and recalled them sort of liking it and the guy uses it as a reason why they should stay together. Like I said in Random WTF Lyrics, your relationship is doomed. I think I’ll quote one of my readers, Dragonroo09, for this.

The true stupidity of Breakfast at Tiffany’s is that both say they kind of liked it. They are bonding over something they have no strong opinion over. No wonder this topped Todd’s most cynical love songs list. A better execution of that same sentiment would be “Never Let You Go” by Third Eye Blind. The guy doesn’t want to let go because they made a commitment and put effort into the relationship.

I know, I know. This is the most predictable choice anyone could ever make, but this song pretty much had it coming. So the Macarena. Los Del Rio released this song in 1993 and didn’t catch on until 1996 when the Bayside Boys made a remix of the song (which is the version of the song that most people recognize and the one that I’m going to talk about) that helped catapult this song to ridiculous levels of fame. Not only did Macarena sit at the top of the Hot 100 for 14 weeks, but it was the number one song of 1996 according to Billboard and it stayed on the Hot 100 for 60 weeks. That’s insane for a song that sucks as much as this one. So why is it number one on my Worst list? Well, it has nothing to do with sparking a dumb dance craze. Instead, let’s start with the production. It’s a mess of epic proportions. A 5-note clave loop getting repeated over and over combined with a whole bunch of loud synths that creates the worst type of Latin club music. It’s nothing more than just noise disguised as music. Normally, I wouldn’t talk lyrics in a club song, but I think I need to do so for this one. Now half the lyrics to this song are in Spanish and the other half is in English. My Spanish is a bit rusty, so I went to our good friend Google for answers and I discovered that Macarena is about a woman named Macarena who’s at a party and all the guys want her, yet she has a boyfriend who she’s willing to cheat on. I’d be willing to forgive how horrific this is if the music wasn’t so godawful. Congratulations to Macarena (Bayside Boys Mix) for being the number one worst song of 1996.

So those were the worst songs of 1996. BACK TO THE 90s will continue on January with the Worst Songs of 1997 since next month is December, which means I’ll be working on two of the biggest posts of the year that I know everyone is anticipating, the Worst and Best Songs of 2015.