Welcome to Random WTF Lyrics where I select random bad lyrics from random songs. It’s December, meaning Christmas is approaching. And with it, our ears will be assaulted nonstop by Christmas songs for an entire month. Carols, the classics, covers, shitty pop songs, etc. For this special edition, I decided to look at bad lyrics from Christmas songs. Because why not? Set up that tree, hang the mistletoe, pour some eggnog, and let’s get started.

Grandma Got Run Over By A Reindeer-Elmo & Patsy

Grandma got run over by a reindeer,
Walking home from our house Christmas Eve,
You can say there’s no such thing as Santa,
But as for me and Grampa, we believe

That’s what makes the holidays, ladies and gentlemen, vehicular manslaughter and hit-and-run. Seriously, this is one of the most fucked up holiday songs ever and it raises so many questions. Why is Santa flying so low to where he could hit someone with his sleigh? Why didn’t he see Grandma in his way? Why isn’t he in jail for her murder? And most importantly, how in the Nine Realms of Asgard did this make it past the cutting board?

grandma: I have to go. I have to pick up my medication.

*grandson runs outside with grandpa behind him*

grandson: Whoa. It’s Santa. Grandma? Are you okay? Grandma? Grandpa, Grandma’s not moving. Why isn’t she waking up?

grandpa: At last, I’m free. Now I can talk to those beautiful young ladies at the bar. THANK YOU, GOD!!

My mother will start to worry
(Beautiful what’s your hurry)
My father will be pacing the floor
(Listen to the fireplace roar)
So really I’d better scurry
(Beautiful, please don’t hurry)
Well, maybe just a half a drink more
(Put some records on while I pour)

Okay, so a woman is at some dude’s house and she wants to leave, but the dude doesn’t want her to go because it’s cold outside. I know I’m not the only one sensing some disturbing implications here.

The neighbors might think
(But, baby, it’s bad out there)
Say, what’s in this drink?
(No cabs to be had out there)
I wish I knew how
(Your eyes are like starlight now)
To break the spell
(I’ll take your hat, your hair looks swell)

What’s in the drink? Oh, boy. This isn’t looking good. I think I have a good idea of who the identity of this guy might be.

Last Christmas
I gave you my heart
But the very next day you gave it away.

I wrapped it up and sent it
With a note saying, “I love you,”
I meant it

So you gave your own heart to some woman for Christmas, but then she gave it to someone else the next day. Not only that, but you gift-wrapped it with a note. Why am I picturing some guy ripping his own heart out, putting it in a box, and have to sent to his girl? How the hell are you even alive?

Santa baby, just slip a Sable under the tree for me;
Been an awful good girl, Santa baby,
So hurry down the chimney tonight

Santa baby, a ’54 convertible too, light blue;
I’ll wait up for you, dear; Santa baby,
So hurry down the chimney tonight.

I don’t know about you people, but with these lyrics combined with Eartha Kitt’s voice and the jazzy instrumentation, this sounds like a sex song.

Santa baby, I want a yacht and really that’s not a lot;
Been an angel all year; Santa baby,
So hurry down the chimney tonight.

Santa honey, one little thing I really need…
The deed… to a platinum mine, Santa baby,
So hurry down the chimney tonight.

Santa cutie, and fill my stocking with the duplex and checks;
Sign your ‘X’ on the line, Santa cutie,
and hurry down the chimney tonight.

Maybe I’m reading too much into this, but that’s the vibe I’m getting.

Come and trim my Christmas tree with some decorations bought at Tiffany’s;
I really do believe in you;
Let’s see if you believe in me…

Santa baby, forgot to mention one little thing… A ring…
I don’t mean on the phone; Santa baby,
So hurry down the chimney tonight

“Ho-ho-ho. You’ve been real naughty this year. Why don’t I slide your chimney? You can have my candy cane. Ho-ho-ho, yeah.”

Yes, God. Let it snow some more. Let it snow until the weight of the snow causes my house to collapse and kill everyone. If the crushing doesn’t kill us, then the freezing weather will.

I Want A Hippopotamus For Christmas-Gayla Peevey

My apologies, people. But I just got through listening to this song. Ugh, that voice is so irritating. Look, I know Gayla was 10 when she recorded this, but this is just unlistenable.

Really? You want a hippopotamus for Christmas? A fucking hippo? An overgrown 3 ton pig with teeth as long as a man’s forearm, who could eat your stupid booger-eating face with one chomp, and is responsible for more deaths each year in Africa than lions, leopards, and crocodiles combined? You might want to reconsider what you want for Christmas, kid.

Every genre of music has done Christmas songs, even hip-hop has gotten into the holidays. And oh, boy. A lot of Christmas rap songs are not that good. It’s not impossible to make a good Christmas rap song as Christmas In Hollis by Run-DMC proves (seriously, that song is awesome; check it out if you haven’t heard it). But for every Christmas In Hollis, there’s a It’s The Holidaze (yes, there is a song with this title from Westside Connection and it’s REALLY BAD) and…

Yep. This is Eazy E doing his own version of a bunch of beloved Christmas songs like Jingle Bells, Deck The Halls, 12 Days of Christmas, and others. This is a disjointed mess of epic proportions. This is just an example of the horridness of that track; for more, see the whole thing for yourself here. All I can say as a black man is that this is just embarrassing.

Let’s talk Christmas albums. Usually, these albums consist of either covers or terrible original songs that no one wants to remember. Now there are exceptions, but Christmas albums as a whole are rarely good. This, of course, brings us to NSYNC, who made a Christmas album right after their debut album.

Yes, this song is about Christmas boning. But that’s not why it’s here. It’s because of this line.

I’ll show you how good it could be.
I wish that Santa could be here to see

…….. You know? When I hear this line, all I can picture is Santa looking through the window, fondling his jingle bells while watching Justin Timberlake and some chick bang each other. That is not an image that I want in my head. Let’s just look at another NSYNC Christmas song.

I Never Knew The Meaning Of Christmas-NSYNC

How the hell do you not know the meaning of Christmas? Were you living under a rock your entire life?

And then Daddy came home and caught Mommy kissing Santa Claus and… well, it got ugly. 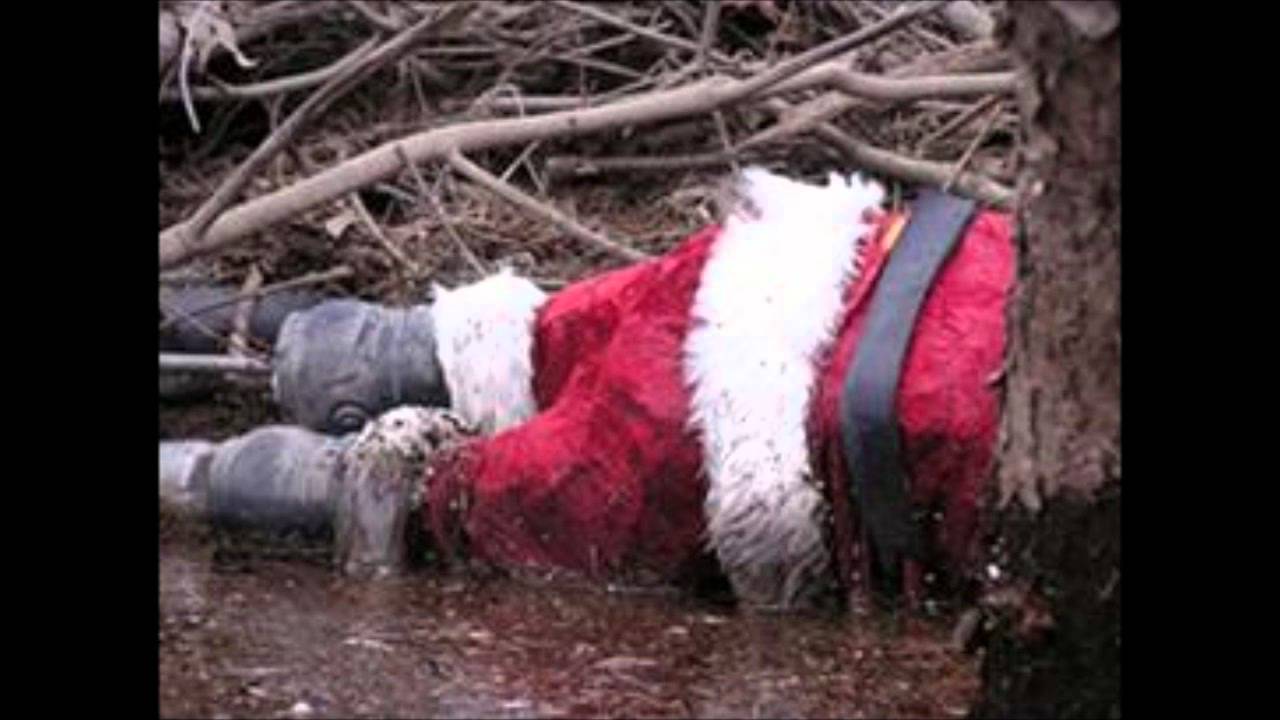 Let’s just say it’s gonna take a whole day to clean up the blood stains from the living room.

So that was a special Random WTF Lyrics. Not even the holidays are safe.