Welcome to Musical Appreciation. Stevie Wonder. The man is a god among musicians. He’s a self-taught Grammy Award-winning instrumentalist, singer, songwriter, and producer. He was responsible for some of the most iconic pieces of music of the past 50 years, not just for himself, but for other artists as well. His best work, though, is in the 70s, with albums like Music Of My Mind, Talking Book, Innervisions, Fullfillingness’ First Finale, and of course, today’s Musical Appreciation subject, Songs In The Key Of Life. 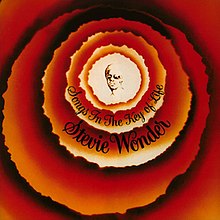 To me, Songs In The Key Of Life is not just one of the best Stevie Wonder albums, but it’s also one of the best albums of the 70s, one of the best R&B albums of all time, and one of the best albums of all time period. I enjoy listening to this album a lot. Like a lot of Stevie’s records, it has eclectic instrumentation and production, diving into funk, jazz, and soul. About 130 musicians worked on this record with Stevie at the front as a writer and producer. The jazzier elements of the album shine through and are easily the highlights. Released as a double-disc album with 21 tracks total, the whole thing clocks in at an hour and 45 minutes, yet it never feels like it and it doesn’t drag. A big theme of this album is celebrating life and all of the joys that come with. One good example of this is Isn’t She Lovely, a song where Stevie celebrates the birth of his newborn daughter (including audio of her in the outro) and he’s just happy. The album also explores themes of love, childhood nostalgia, and even social commentary on the less fortunate.

This album was made Some of Stevie’s best work is on this album. You have the hit singles I Wish and Sir Duke, which have become staples in his work (and was sampled by Will Smith in his hit Wild Wild West), Isn’t She Lovely, which I already talked about, the symphonic Pastime Paradise, which would be sampled 20 years later for Coolio’s hit Gangsta’s Paradise, and my personal favorite song, the jazzy epic As. This is one of those albums that I’ll gladly go back and listen to again because of the amount of songs I enjoy. I’m not the first person to say this and I damn sure won’t be the last; Songs In The Key Of Life is a classic record from a legendary artist that’s still remembered years later and its impact hasn’t softened through the years.

So that was Musical Appreciation. Next time, we talk about Space Oddity.

Tear Of My Heart-Twenty One Pilots