Welcome to Musical Appreciation. Whenever you think of conscious hip-hop, Common would probably be the first name you remember. The guy is a great lyricist who can tell stories with his bars and he’s also an exceptional poet. His music was the epitome of urban black consciousness.

Anywho, I think the reason why Common isn’t getting as much love as, say, Jay Z, is because conscious hip-hop has been stigmatized as being “boring” or “preachy.” While there are rappers who can be like that, it’s kinda lame to undermine the efforts and work of talented rappers who makes great music that contains social/political messages. I understand that there’s a time and place for everything, but not everyone wants to get turned-up at the club constantly. Balance is key. Today’s Musical Appreciation is a staple of conscious rap that showcases Common at his best. This is I Used To Love H.E.R. 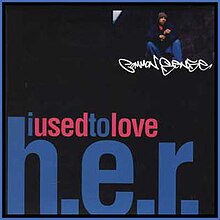 I Used To Love H.E.R. is one of the essential hip-hop classics of the 90s and is a perfect example of the use of a double meaning. This song is about hip-hop, using a woman as a metaphor for hip-hop. It also serves as a pretty good history lesson about the evolution of hip-hop as Common talks about his relationship with the genre. The production is very jazzy and is relaxing to listen to. It samples The Changing World by George Benson and is a good reflection of the time it was released in. With rappers embracing pro-black themes in the early 90s and people sick of hearing George Clinton/James Brown samples, hip-hop started sampling jazz records and amazing records were made with those samples, most notably, A Tribe Called Quest and this song. This new sound would harbor in new styles for rappers of the past and present.

The first verse of I Used To Love H.E.R. is Common being introduced to a girl (hip-hop) at a young age back in the 80s and how he was in love with how soulful and authentic she was. Hip-hop in the 80s was a new phenomenon that the young generation latched on to. Then the second verse, this girl starts being more open and embracing Afrocentrism kinda like hip-hop in the early 90s thanks to the Native Tongues. And this girl is also heading out to the West Coast and getting into gangsta shit, kinda like the rise of West Coast hip-hop and gangsta rap back then. Funny enough, this line…

Now black music is black music and it’s all good
I wasn’t salty, she was with the boys in the hood

… caused some controversy as Ice Cube himself felt offended, thinking the song was dissing the West and pretty much started a feud that birthed one of the best diss tracks of all time with Common’s The Bitch In Yoo. Back to I Used To Love H.E.R., the third verse goes into how much of a sellout she became, being in commercials, impressing White America, and caring more about money than the love for culture, kinda like hip-hop for the past twenty years. And at the end of that verse,…

… Common makes it pretty clear that he was talking about hip-hop and how he’s decided to make it his mission to bring it back to a time when hip-hop wasn’t commercialized as shit. Even without this line, it was pretty clear that this woman is a metaphor for hip-hop. This is such clever writing in a hip-hop song. Next time anyone talks about how rap is nothing but ghetto garbage noise and isn’t music, point them to this song and watch their faces turn red from embarrassment from realizing their own ignorance.

So that was Musical Appreciation. Next time, we talk about Someone Like You.