I have to say. I’m impressed with 1998. After the mediocrity of 1997, this was a HUGE step-up in terms of quality. Alt-rock and indie rock continued another streak of greatness, killing it on the Airplay charts. R&B has gotten a bit better and has become the dominant genre of the year. Hip-hop is slowly started to get used to the sudden shift in tone while the South makes its presence known. House music at this point is pretty much dead, making way for new trends in pop music, including music tailor-made for teen audiences. For the most part, 1998 has been a great year for pop music, you kinda forget about the crap that was released that year. Well, that’s the reason why this list exist, to highlight the crap. So let’s get started.

Public Announcement was a 90s R&B group who were best known to be associated with R Kelly, providing back-up vocals for his songs. All of their hits had Kells on them except for this one, Body Bumpin’ (Yippie-Yi-Yo), which is a weaksauce generic song. This sounds like one of R Kelly’s rejected tracks and you can tell. It’s a song about sex (big fucking shock) and it’s pretty much by-the-book, it doesn’t do anything new with meh production. I don’t know what Yippie-Yi-Yo means nor do I want to. Wanna know the best part? That phrase gets repeated hundreds of times throughout the entire run of the song. None of the singers of Public Announcement do much to impress. Maybe it was best for them to stick to playing second fiddle to R Kelly because they can’t stand on their own. 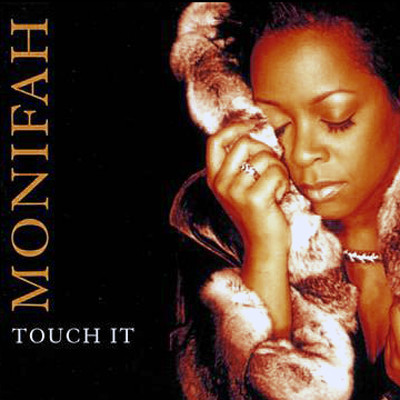 When you have a genre like R&B becoming dominant through the year, there’s bound to be some crap that leaks out and Touch It is part of that crap. The song samples White Horse by electronic music group Laid Back and created a generic 90s R&B beat out of a cool and inventive song. Monifah herself is pretty basic and doesn’t do anything to distinguish herself from most female R&B vocalists of the time. Touch It is yet another sex song that isn’t that sexy, the lyrics go for explicit instead of seductive and it doesn’t provide the right atmosphere with its production, which screams club song. Does it want to be a club song, a sex song, or both? It’s like the song is bipolar or something. I don’t know. Whatever it’s trying to be, it still sucks at the end of the day.

Here we have Miami bass’ dying gasp for breath in Raise The Roof by Luke. The man also known as Luther Campbell is part of 2 Live Crew, a rap group known for their explicit booty-shaking music. They weren’t good at all and their music has aged badly through time. Of course, Luke went solo and Raise The Roof is his biggest solo single. Once you’ve heard this song, you’ve pretty much heard Luke’s entire catalog. It’s your typical Miami bass song that’s made for the raunchiest parties. Luke does what he always does in his songs, obnoxiously yell a lot. The featured rap group are No Good But So Good. Well, that name is a half-truth as these guys suck at rapping. Not one of them spat a good verse. There’s a reason why Miami bass died out like it did because there’s only so much you can do with its limited content and production style. But it won’t be the last time the South provides unintelligent gibberish made with little-to-no effort that panders to the lowest common denominator.

Oh, Montell Jordan. How far you have fallen. Previously, you had one of the best R&B party jams with This Is How We Do It and then there’s this. Let’s Ride is basically This Is How We Do It done wrong trying to blend R&B with hip-hop and it just combines the worst aspects of the two genres. The production tries to rip off Timbaland’s style and ends up becoming a mess. There’s not much to the content as it’s your typical club song. Montell Jordan is clearly phoning it in throughout. With every bad R&B and pop song of the 90s, there has to be an obligatory rap feature. Let’s Ride has the distinction to having TWO rap features from Silkk The Shocker and Master P. Fuck me. Even better, Master P does the intro for the song. 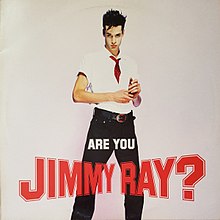 A tip to upcoming music artists; if your first planned single has your name on it, throw it out the window. That’s one mistake that Jimmy Ray has made with Are You Jimmy Ray. The only positive thing I can say about this song is that the production and instrumentation are decent, but that’s about it. This song is just this dickbag bragging about how cool he is and I don’t believe it, especially with his high-pitched nasal voice. The chorus asks for Jimmy’s identity while mentioning a bunch of people whose last names are Ray. This song is such an ego stroke that even Kanye is telling this dude to chill. Unfortunately for Mr. Jimmy Ray, Are You Jimmy Ray would end up being his only hit. The more appropriate question that should be asked is Who Is Jimmy Ray? 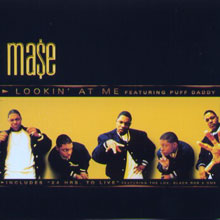 This was yet another successful year for Bad Boy Records and of course, this was also where we got to see a lot more Mase, who like I said was not a good rapper thanks to his flow and voice that could put even those with ADHD to sleep. Lookin’ At Me showcases what Mase is all about. The beat is easily the best part of the song, it’s produced by The Neptunes and it creates a dark, menacing vibe. It’s a same that it’s wasted on mediocrity as Mase is rapping about haters giving him salty looks. His rapping makes him sound like he’s in school in the middle of a boring class and it leaves me bored as well. Oh, and Puff Daddy in on the song, too, because it’s a Bad Boy record and anything produced by Bad Boy has to have Puffy on it. Goody. Speaking of… 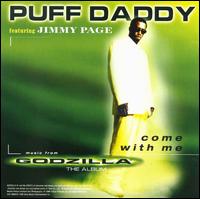 Hello again, Puff Daddy. People just can’t seem to escape you in the late 90s, can they? Anyone remember that godawful Godzilla movie starring Matthew Broderick? Well, Puffy made a shitty song for the movie’s soundtrack called Come With Me. This shit is basically a shamefully lazy ripoff of Led Zeppelin’s Kashmir, one of the band’s most iconic songs ever. The instrumentation lifts nearly every instrument and every riff from the original song. This isn’t even sampling, this is a near-identical retread. Puffy himself sucked balls as he’s rapping about… nothing, and you can barely hear him as he’s drowned out by the instrumentation. Jimmy Page’s talents are severely wasted here. People, you want to listen to Kashmir? Go listen to Kashmir instead of this crap. 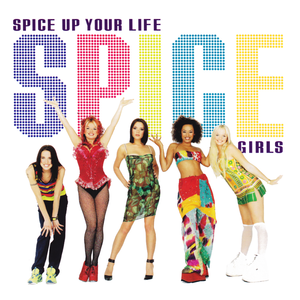 In my last Worst Songs list, I put Wannabe by The Spice Girls at #6, a choice that I will stand by no matter what. I still don’t like the song, but at least it’s not Spice Up Your Life. I get what they were trying to do, make a Latin-flavored party song, but it doesn’t work here since it sounds like what label executives think Latin music sounds like. The instrumentation is too busy and overstuffed which can be blamed on the terrible mixing present through the rest of the song. The mixing also makes the girls sound awful as they’re singing a bunch of nonsense and name-dropping a bunch of dance styles that doesn’t fit with this song. Yeah, we don’t expect party songs to have a brain, but we expect them to sound good at the least, which was Wannabe’s only saving grace. This shit was obviously birthed from a focus group who wanted to cash in on the Latin crowd and just threw in a bunch of sounds. Shame because they could do better.

Savage Garden are the kings of late 90s sap. With a name like that, you’d expect a grungy alt-rock band, not a fucking soft rock/pop group (which is what they are). Truly Madly Deeply tells you everything you need to know about Savage Garden’s music. Bland soft rock instrumentation with as much life as a cemetery, sappy vague lyrics that sounds like something in some 12 year old girl’s diary, using the done-to-death “I’ll be your everything” cliche. Can I also say that I can’t stand Darren Hayes’ voice? His voice is the type of falsetto that bugs me. I swore, when I first heard a Savage Garden song, I thought it was a woman singing, but nope, it’s a guy who just happen to sing like his testicles has been removed since birth. This won’t be the last time we’ll hear from Savage Garden (unfortunately), so expect more of the audio equivalent to Johnson’s baby oil.

Time to talk about No Limit Records again after my Target Practice of Lil Romeo’s My Baby. No Limit was one of the most prominent labels to ever come out of the South in the 90s and it’s lead by Master P, one of the worst rappers to have ever existed, which is saying a lot. Make Em Say Uhh! is the perfect representation of not only Master P’s music, but the music of No Limit Records as a whole. The chorus contains Master P’s signature catchphrase, which is a sound one makes while pushing out a turd that’s halfway stuck. The lyrics are your standard hip-hop song about how cool and gangsta they are and how No Limit aren’t anything to fuck with and I just don’t care. The production is a mess, it just hits you with loud blaring horns and a wall of noise; combine that with the rappers on this song and it’s just hard to listen to. Speaking of rappers, there’s five of them on this one track, including Master P himself, whose voice is worse than Freddy Kruger’s blades on a chalkboard and of course, we get to hear such an angelic voice throughout the entire song. The other rappers on the song, Fiend, Silkk The Shocker, and Mia X, didn’t do anything to impress. Mystikal is probably the best part of the song (along with an intro that is admittedly funny), but he’s done much better in other songs. This song is an example of hip-hop at its worst in the 90s. Congratulations to Make Em Say Uhh for being the worst song of 1998.

So those were the ten worst songs of 1998. Next month, BACK TO THE 90s concludes with the Worst Songs of 1999, plus a special announcement.