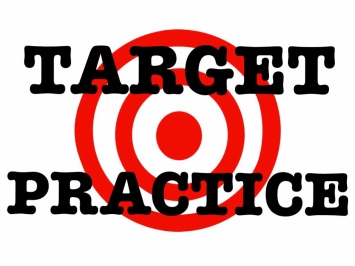 Welcome to Target Practice where bad popular songs of the past and present get shot. It’s the late 90s and early 2000s. Boy bands and teen pop reigned supreme. In a time where most of the popular female artists of the time were singing bubblegum shit pre-written for them, female singer-songwriters were a breath of fresh air, one of them being Alicia Keys. A classically-trained pianist who also writes and produces her own songs, she was unique to the pop music world then and provided some of the best R&B tracks of the 2000s decade with songs like Fallin, You Don’t Know My Name, If I Ain’t Got You, No One, etc. But as time goes by, you start noticing a problem with Alicia Keys’ songs, mainly that they start sounding the same. How many piano-driven love tracks has she done over the years? Eventually, the songs start blending into each other to the point where you can’t tell them apart. Today’s Target Practice is Alicia Keys’ last hit single and a song that’s been a subject to terrible karaoke night-esque covers. There’s three versions of the song and the one I’m going to talk about is the Inferno remix featuring the queen of terrible hip-hop Nicki Minaj. This is Girl On Fire. 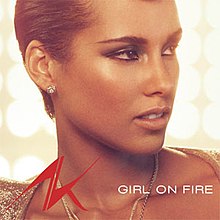 .We start things off with a verse from Nicki, because of course it does.

Spirit of Marilyn
Callin’ me, audibly, bawlin’ she
Said that she would never leave
Continue to torture me
Tellin’ me to come with her
Underneath my comforter
And she brought a gun with her
Pills and some rum with her
Took me on the balcony
Tellin’ me to jump with her

So Marilyn Monroe’s ghost is haunting you and wants you to commit suicide to join her in the afterlife. What a way to start a song about a girl on fire. Why does this sound like somebody’s crappy fanfiction?

woman 1: And then the ghost of Marilyn Monroe approaches Nicki Minaj and says, “Nicki, I want you to join me.” And then she hands her a gun, a bottle of rum, and some pills. And then Nicki swallowed the entire bottle of pills and washed it down with some rum. And she dies and joins Marilyn to become goddesses of the world.

woman 1: But wait. I wanted to tell you about my Drake and Justin Bieber fanfic.

Yeah I’m in the ghost but, I ain’t doing stunts with her
I ain’t tryna be that
Haters wanna see that
But I got ’em aggy
Cause I win the gold like Gabby

And we transition into a needless brag. Great continuity. Onto to the star of the show.

She’s just a girl and she’s on fire
Hotter than a fantasy, lonely like a highway
She’s living in a world and it’s on fire
Filled with catastrophe, but she knows she can fly away

Oh, oh oh oh oh
She got both feet on the ground
And she’s burning it down

Wait. She’s the one setting everything on fire? Is she like the female Human Torch or something?

Her feet is on the ground and her head is up in the clouds. Wait. OH, MY GOD!! She’s Maleficent!!

GO BACK AND WRITE ANOTHER CHORUUUUUUUS.

So this girl isn’t actually a girl, but a flame that’s shaped like a girl. MAKE A DECISION ALREADY ABOUT WHAT SHE IS!!

You can try but you’ll never forget her name
She’s on top of the world
Hottest of the hottest girls, say

Are you talking about a meteor shower?

Burn that mother down… Oh, I’m sorry. I thought we were talking about Disco Inferno. Moving on. Looks like another Nicki verse.

Dear God, if you’re here God
Make the fire disappear when they stare God
Take away the fear when they interfere God
Do you fear God?
Cause I fear God
And in my backyard, that’s a deer, God
And that’s a horse ranch
And to my core fans, keep reppin’ me, do it to the death of me
X in the box, cause ain’t nobody checking me

Wow. This isn’t a bad verse. Yeah, it mostly rhymes God with itself, but this is one of Nicki’s better verses and it makes up for that first one, which is just… being haunted by Marilyn Monroe’s spirit? Yeeeeeeeeeeah.

This song is an empty firestorm. It’s one of the laziest, most barebone song Alicia Keys ever made. The production is incredibly dull and has been done a million times before. Alicia Keys is a good singer and she belts it out here, but it means nothing when it’s wasted on these lyrics, which is every single vague fire metaphor in the songwriting book. Nicki Minaj shows up for two verses, one is good, the other is just too silly to be taken seriously. Girl On Fire is pretty much every single bad empowerment song released in the past five years. It’s always sad to see a great talent waste their time with mediocrity. Alicia Keys… 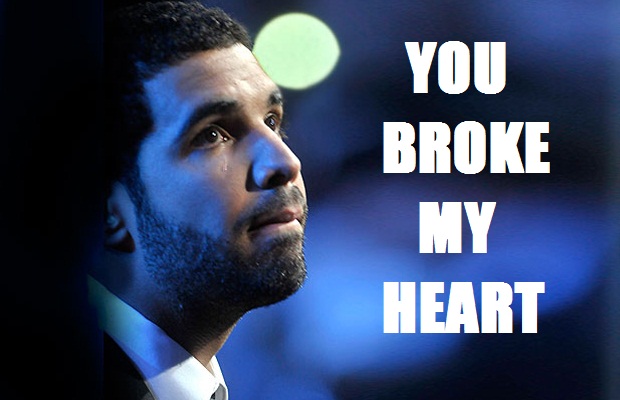 Next Target Practice, we look at a song from the No Doubt frontwoman who taught the whole world how to spell bananas.