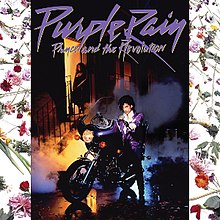 Dearly beloved, we are gathered here today, to get through this thing called life. Electric word life, it means forever and that’s a mighty long time, but I’m here to tell you there’s something else, the afterworld. A world of never ending happiness, you can always see the sun, day or night. So when u call up that shrink in Beverly Hills, you know the one – Dr Everything’ll Be Alright. Instead of asking him how much of your time is left, ask him how much of your mind, baby. ‘Cuz in this life, things are much harder than in the afterworld. In this life, you’re on your own. And if de-elevator tries to bring you down, go crazy – punch a higher floor.

On April 21, 2016, a music icon has left us. Prince was found unconscious at his Minneapolis home and studio. The deputies attempted CPR with no success and he was later pronounced dead. At this time, the cause of death is currently unknown. I’m at a loss for words. It’s been a day and I have yet to take in what happened. I didn’t want to believe the news when I first heard it because this is Prince we’re talking about. But when his publicist confirmed the news, that’s when it hit me. Not only is this dude is the definition of an artist, but he has a clear love and passion for what he does. He lives, breathes, eat, and sleep music. He stood up for music artists’ rights and was a proponent of artists owning their own catalog and publishing. He fought against an industry that was against people like him who played by his own rules and never compromised for anyone or anything. To pay tribute to his genius and contributions to the music world, I’m going to review an album that’s considered to be his magnum opus, the soundtrack to the movie of the same title, Purple Rain. Now I’m not gonna waste time with ratings because it’s Prince, so I’ll give you the short, this album is great and it gets an A. Now to talk about each individual song.

Let’s Go Crazy (with The Revolution): We start things off with Let’s Go Crazy, which begins with an organ intro that, in retrospect, is very haunting. After that, the song kicks off into a rocking, funky jam that Prince is an expert on. This instrumentation kicks all kinds of ass with the guitars, bass, synth, and electric drums, plus, there’s two guitar solos courtesy of Prince himself. This song is basically a celebration of life itself, not letting negativity bring you down and enjoying the positives. A great intro to a great album.

Take Me With U: The next track is a duet with Apollonia Kotero called Take Me With U. These two have great chemistry together as they sing to each other about their need to live each other. We get some more great instrumentation with the synths, strings, and some acoustic guitars adding some texture, plus a drum solo. It’s not my favorite song personally, but it is worth checking out.

The Beautiful Ones: This is one of the more interesting tracks of the album (then again, the entire album is interesting). It’s a tale of desperate love as the woman isn’t sharing any feelings for a guy who wants to be with her and he wants to know how she feels about him. The instrumentation fits the drama of the song as it starts off small with the synths, piano, and drums, but as the track goes on, it gets bigger and more intense as everything builds up to a glorious climax with more pulsing drums, the synths crescendos, a growling electric guitar, and Prince’s vocals turn into screams. Afterwards, you’re left sitting there like, “I need a cigarette.” I enjoy the hell out of this song and would give it more spins.

Computer Blue: Suggestive intro aside, Computer Blue is another highlight of the album. There’s only one verse on the song, which is comparing a broken love/sex life to computers. The rest of the song is just instrumentation and some good instrumentation while we’re at it. There’s some rocking guitars, some funky synths and bass, and some cool drums and percussion. If you were looking for a song that represented how the 80s sound, this would be one example you could point to.

Darling Nikki:  And we’ve reached Darling Nikki,  the most controversial track on the album, the one partly responsible for the Parental Advisory label on most albums. It was number one on the Filthy Fifteen list made by the Parents’ Music Resource Center or PMRC (also on the list are Sugar Walls, Eat Me Alive, Animal (Fuck Like A Beast), We’re Not Gonna Take It, In My House, etc.). I digress; this song is Prince meeting a chick named Nikki and they have sex. Highlights include S&M, signing a waiver, and, of course, masturbating with a magazine. ……………. Imagine the paper cuts one must get. Yeah, this is my least favorite track on the album. It’s not bad, I mean, the instrumentation is still good with a more updated rock-n-roll sound and Prince sounds amazing as usual, but the content doesn’t do it for me. I’m not a huge fan of more explicit sex songs, which Prince does have a bunch of, and this song is one I always skip when I listen to the album. That’s just me, though.

When Doves Cry: The number one single of 1984 according to Billboard and it was written for the Purple Rain movie. The instrumentation, with its guitars, synths, and electric drums, has no bass line. The writing of the song lines up perfectly for the movie, balancing parent troubles and love affairs, and it stands on its own excellently. It’s one of the best songs Prince has ever made and it’s one of the best songs on this album.

I Would Die 4 U: The funny thing about Prince is that in spite of his raunchy sex songs, dude is actually heavily religious and there are sprinkles of religious imagery in some of his music if you look carefully, one example being I Would Die 4 U, which is about Jesus, willing to die for us and forgiving us for our sins. This is a much better religious song than most contemporary Christian music. The production, of course, is very 80s with the synths, drums and bass, but it still sounds amazing. Definitely a highlight of the album.

Baby I’m A Star: The next track, Baby I’m A Star, is basically a song about Prince achieving fame as an upcoming artist. The instrumentation is pretty damn good with its layered funky synth work , some bass, and the drums adding some punch to the song. It’s not the best song on the album, but then again, there are no bad songs on here. Even the worst of the album is still good and much better than some artists’ worst. Nuff said.

Purple Rain: And now we’ve reached the final track of the album, the self-titled ballad and the longest track on the album at 8 minutes and 42 seconds. This is one of those songs that makes you want to put your lighter (or cellphone) up and it’s in the sound. The soaring guitar, the subtle keys, the arena drums, and the lifting strings and violin all create a huge stadium sound that’ll have you singing along as Prince yearns to become a better person for the sake of love. It fits perfectly in context for the movie and is a great way to close out a show and this album.

When Doves Cry, Purple Rain, Let’s Go Crazy, I Would Die 4 U, The Beautiful Ones

And that was Purple Rain, which is what I can safely say is the best album of the 80s and is a good representation of the music of that decade. It has aged phenomenally well through the years and has only gotten better with consecutive listens. Blending pop, funk, rock, new wave, and R&B into a sound that only Prince could conjure up. Oh, and the Purple Rain movie is pretty damn good, check it out if you can and check out the album, too (though that requires either purchasing it or subscribing to Tidal where all of his music is available for streaming). Who would’ve known that a 5’2 light-skinned brother from Minneapolis would change the game and have such an impact? Prince, we’ll miss you buddy.