Welcome to Target Practice where bad popular songs of the past and present get shot. Sometimes, you gotta know when to call it a career. Nothing is destined to last forever, especially in the ever-changing music industry where trends have a five year span at most. In order to maintain relevance and stay afloat, artists usually have to adapt to the changing times. Some do that well and have managed to maintain relevance and success over several decades while others don’t and those that don’t are what we call “irrelevant” or “washed-up” or “way past their prime.” Today’s Target Practice victim comes from one of those artists, Fergie, who is pretty much a relic of the 2000s. Now she’s working on a new album titled Double Dutchess (because fuck creativity, why not try to capture lightning in a bottle twice) and this is the latest single for it. This is M.I.L.F. $. 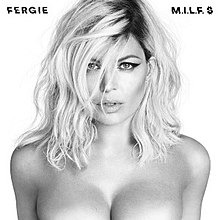 Heard you in the mood for a little milkshake
Welcome to the Dairy Dutchess Love Factory
I could whip it up, fix you up straight away
Come on in the front door, leaving at the back door
Whip it, flip it, hey

So your milkshake brings all the boys to the yard. Did they say, “it’s better than yours?”

Been working extra service to give it to ya
Didn’t mean to make you nervous, you motherfucker

Me and the girls, up in the club
Hating ass hoes but I don’t give a fuck
Running ’em muck
Owning the spot
Buying the bar like I bottle these rocks

Yeah, yeah, yeah. You’re in the club and you act like you own the place without a fuck to give. Please, say something that I HAVEN’T heard in a million other songs like this before.

I been working all week, now where the hell is my drink?

Yeah, I could certainly use a drink after hearing this crap.

Hair and nails is on fleek
All my girls on fleek

Does anyone even use the word fleek in 2016? A tip to all songwriters: never use Internet slang. Ever. It’ll do nothing but make your song dated. I betcha Fergie’s next song will have the phrase YAAAS or mention twerking.

No. You did not just quote that Webbie song from 2008. You are grasping at straws for relevance at this point.

I’ve been whippin’ this up
I’ve been tippin’ this cup
I’ve been waiting my turn
I’ve been working so hard
Got my spirit turnt up and I can’t stop now
I’ve been running so long
I been vibing so strong
I want it, I need it, I got it for real
I love it, I want it
I’ll feed you this meal
Hey mama, I did it, the top of the hill
Man, I did it, don’t forget it, motherfucker I’m ill

Because quoting one song from 2008 wasn’t enough, let’s quote another one, this time, Lil Wayne’s A Milli. This isn’t desperate at all. 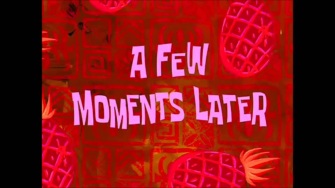 Before I get to the final conclusion, I want to share with you what Fergie said about this song during an interview with Billboard.

“This is definitely empowering moms to have fun. Being a mom and having a career, taking care of yourself and still being able to be flirty and fun and a little naughty sometimes – there’s nothing wrong with that. Society tries to tell moms what they should and shouldn’t be, and it’s just a little freeing to have fun with pushing those limits a bit. I might do it a little bit more than others, but that’s just who I am.”

This song is a sour, smelly dairy product past its expiration date. If this isn’t desperation, I don’t know what is. The production is a mess of sound effects, synths, and percussion with no focused melody. It just throws whatever sounds can get your attention with no constraint, it’s like dangling your keys in front of a little baby. I think it’s appropriate to note that this song is produced by Polow Da Don, who also produced London Bridge, Throw Some Ds, Turnin’ Me On, and of course, Anaconda. Lovely. Apparently, part of his production style is throwing a bunch of annoying sounds together and calling it a beat. Fergie is just phoning it in vocally and the lyrics are ass. It’s every “look how hot I am” cliche that’s in nearly every one of Fergie’s songs, using Internet lingo that no one has used since last year and it’s just sad. You are in your forties with a child, you don’t have time to be hanging out in the club trying to impress women who are half your age. It’s like somebody’s out-of-touch mom trying so hard to be hip and cool with the young generation while you’re just sitting there embarrassed out of your mind going, “please, stop, you’re only making yourself look like a fool.” And to try to hide it all under some pseudo-feminist empowerment crap is even worse, especially with the music video. This was clearly made for idiot men who get excited over the sight of boobs and butts to masturbate to. I understand the need for women empowerment, especially for those who are mothers, but this is not the right way to do it and it’s 100% clear that it wasn’t made from a female perspective. You weren’t trying to make a statement with this song, you just wanted attention and you reached for that attention by appealing to the lowest common denominator and reinforcing negative stereotypes of women. Wait. Suggestive title, artwork that wouldn’t look out of place in a porno magazine, clusterfuck beat, shit lyrics, a music video that’s nothing but eye candy, and using sexuality for scandal and hiding it under the pretense of feminism? This IS Anaconda!! How desperate do you have to be to rip off an awful song from two years ago? The best things about this song? It’s short at under 3 minutes, which means less torture, AND the song is flopping, meaning that America has learned its lesson and not give this troll song any traction. Let’s hope they do the same for the new Britney Spears single (yes, she’s still making music because the Pretty Girls debacle never happened). Next Target Practice, we look at a 2014 hit that’s overdue for a rude awakening.