Back in 2008, Busta Rhymes made this song, which garnered controversy because of its offensive portrayal of Islamic people. And let me tell you, the song did deserve the criticism as it shows Busta and Ron Browz’ ignorance of Arabian culture.

Y’all do know that this is just gibberish, right? Like, this is just fake Arab talk that’s used to make fun of their language and how they talk. What makes it worse is the intro.

Ron Browz, yes!
Oh, we back in the most amazin’ way
Well, lemme introduce you to the new talk
Let’s get straight to it
C’mon!

Oh, yeah. This offensive mockery of Arabian culture will be the new slang that the kids will be using from 2008 onward. It will be the hottest thing that rap has ever experienced. Oh, wait. The song only peaked at number 86 on the Billboard Hot 100 in spite of a high-budget music video starring people who were somewhat relevant at the time and having three remixes featuring a buttload of people that has actual quotes from the Quran (which is actually forbidden).

Sittin’ in casinos while I’m gamblin’ with Arafat

Gambling with Yasser Arafat, who died in 2004, four years before this song was made. Busta Rhymes, either you’re full of shit or you were gambling with a ghost, which, honestly, sounds like a story I would love to hear in a song from you.

If You’re Not The One-Daniel Bedingfield

So you want you and your lover to die at the same time while you’re with each other? If that’s not asking for a restraining order against you, then I don’t know what will.

*driving in a car*

man: Hey, honey. You know I love you, right?

man: And we’ll always be together, right?

man: Then let’s DIE TOGETHER!!

*tires screeching, car drives off bridge and into the river*

I come up with some dark shit sometimes.

This is a song about picking boogers.

A song about picking boogers.

remember this slogan
“Hey, ma, what’s for dinner?
Go up your nose and pick yourself a winner”

I was coolin’ one day with my partner Kane
Headed up to the Rooftop, ridin’ the D train
When the man sittin’ next to me was so profane
He’d stick his finger up his nose, then do a drain
(You should ‘a moved)
I was just about, but al of a sudden, homeboy just pulled out
A big green slimy nah I’m not neven gonna say it
But it weighed a good pound if you tried to weigh it
He sat there for a while with it in his hand
So I tried to play cool and like ignore the man
So I laid my head back to catch a quick a nap
All of a sudden he plucked it dead in my lap
Now Kane sat there laughing like it was all a joke
But a brother like BizMarkie had almost choked
So I dug up my nose and pulled out about five
And plucked every last one of them dead in his eye
Then the man jumped up and said “what’s wrong with you”
And wiped them off his face and said “I can’t mess with you”
Like if I did something that was so full of shame
But yo you got to know the name of the game

Now let me take a trip down memory lane
Back in public school with my partner Kane
When I was class clown, and he was my brother
Sittin’ at the desk pluckin’ boogers at each other
Never doin’ work as we was supposed
Cause we was too busy diggin’ up our nose
And in the lunchroom you would talk about rude
God forbid the person that’d leave his food
No matter who you are we didn’t give a damn
We even put teachers down with the program
Whether if it was a woman or if you a man
We put boogers on our fingers then shake ya hand
Catch anyone from anywhere
But the best fun about it catchin’ Kane out there
Especially when we playin’ ball in the gym
I put boogers on the basketball and pass it to him
Now we’re grown up and things have changed
But we still be playin’ the pickin’ boogers game
Just last night, when Kane was gettin’ ready
I slipped a little green one inside his spaghetti

One night at Latin Quarters I was standin’ at ease
I saw this gorgeous young lady that I wanted to skeez
I didn’t show enough that I really did want it
So, no half steppin’, I pushed up on it
Pulled out the gold cable and I knocked her with phat
Had a spotlight beamin’ on my BizMarck hat
But when she stepped in the light and she got real close
I saw a tiny weeny booger on the tip of her nose
She was dressed real def and her body was hooked
But that dried up booger just ruined her look
I wanted to tell her about it but I couldn’t be bold
So I played if off and said “that’s a cute green mole”
I was hopin’ from that she would wipe it away
But she didn’t do nothin’ I guess she wanted it to stay
I said before you get my number, I don’t mean to diss you
But write it in your hand because your gonna need the tissue

Who finds this shit funny? Was this song made for 7 year olds who are into gross things? Even if you’re someone who either doesn’t mind gross-out humor or think it’s hilarious, this shit isn’t even a bit funny, it’s just plain disgusting. NEXT!!

Aw, yeah. I enjoy some good Beastie Boys. Here, we have one of their classics in Paul Revere, a fictionalized western tale of how the Beasties first met. Ad-Rock, one of the Beasties, mentions that he’s on the run from the sheriff. Why?

For the longest time, this line has bugged me. A whiffleball bat? What did you do to the sheriff’s daughter that made him want your head on a wall? Hang on. Let me take a trip to Google right quick. 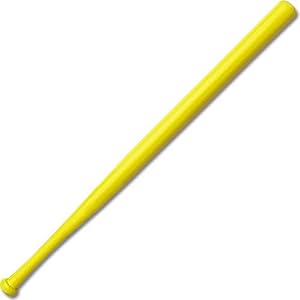 Oh, my God. Y’all having sex using a whiffleball bat? That… can’t be good on your lower orifices… unless you’re one of those people who are turned on by pain. I seem to always run into weird fetishes that I don’t need to know about.

The way she bounce both cheekies, boy she freaky
Shoulda known she was kinky
When I walked inside the room and I seen her slinky (what the fuck?)

I think the last phrase says it all about my reaction to this. A slinky? Does the chick Big Sean is with have a penis? Because, look; there’s nothing wrong with being attracted to transgendered women. If that’s your preference, do you. However, some of your friends will most likely make fun of you for it. I’m just saying: be prepared, Sean, or you’ll end up like Chingy.

Anyone remember Dear Future Husband? Don’t want to? Well, me neither. I bring it up because it’s a song written in the perspective of an entitled bitch who has demands for her future husband. You think that’s bad? Well… it is, but this next song is just as bad.

Huh. That doesn’t seem too bad. She just wants a boyfriend to love and doesn’t care about what he looks like. That’s a sentiment that I can get behind…

But lord I don’t care what he looks like

No, no, no. You can’t pull this crap after saying what you just said. You said that you don’t care what your future boyfriend looks like, and then mention that you like for him to be 6’2, have blonde, wavy hair and blue eyes. Basically, you want a guy like this.

So which is it? Do you not care about looks or do you? There is no half-steppin’. You gotta pick one or the other. Jesus, you want God to send you a guy packaged-wrapped for you with traits that you prefer? That’s not how life works, honey. You can’t just pray to God and then he’ll magically give you everything you specifically want, you entitled broad, you have to get up off your ass and work at it. Even then, you’re not guaranteed to end up with someone who fits your personal criteria of looks. In the words of an old band, you can’t always get what you want. Imagine if a guy made a song where he says he doesn’t have a type when it comes to women, yet he lists a preference…