Welcome to Musical Appreciation. It was once said that the music that comes out during your high school senior year becomes the soundtrack to your life. For some people, it applies, for others like me, it doesn’t. I recently decided to revisit some of the music that came out during my high school graduation year, 2012. In terms of the 2010s, it wasn’t that bad of a year for music. 2012 was one of those years where I didn’t mind more than half of the songs on the charts. Sure, we had to endure Young Money, Justin Bieber, a bunch of mediocre club songs, and some other crap that annoyed me to no end, …

… but there were still some really damn good records that came out, including Channel Orange, good kid, m.A.A.d city, and several others. The indie scene during this time was amazing. There was Imagine Dragons, fun., The Lumineers, and Gotye, whose one and only hit is the subject of today’s Musical Appreciation. Featuring fellow indie artist Kimbra, this is Somebody That I Used To Know. 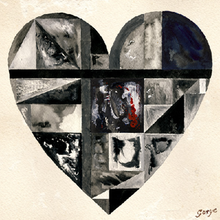 One of the more unique hits of 2012, Somebody That I Used to know sticks out a lot. While a lot of hits that year were loud and bombastic in their instrumentation and production, this song takes a more minimalistic approach with its instrumentation, with bass, guitar, xylophone, and very little percussion. It’s designed to give more emphasis on the emotional weight of the vocals, which range from passive-aggressive in the verses to just plain-aggressive when the chorus shows up. Plus, the interplay between Gotye and Kimbra works excellently in the song.

The song is centered around the aftermath of a break-up and, in this case, we hear from both parties how they feel about it. From looking at Gotye’s verse, there used to be love in the relationship, but then it went away and the two feel no reason to be together. And with them being over, Gotye lashes out at his ex and blames her for things going wrong, which is very whiny on his part, but that’s the point. It shows his insecurities and humanizes him. This is then countered by Kimbra, who presents a different POV, where she believes that he was the one responsible. So this song is a case of “he said, she said” but what prevents this song from being insufferable and makes it great is how well-written it is, balancing out two sides of the break-up and giving it more gravitas and weight than a break-up song that’s one-sided.

When I was working on this post, I decided to go listen to Gotye’s album Making Mirrors and it’s an amazing record with a lot of varied instrumentation that makes each song sound unique, great vocal performances, and some solid writing. Wanna know how good it is? While Somebody That I Used To Know is a great song, it’s not even the best song off the album. There’s so much to talk about in this record that I might review it someday. Check it out if you haven’t.

So that was Musical Appreciation. Next time, we’ll talk about Mind Playing Tricks On Me.

Somebody That I Used To Know-Gotye ft Kimbra

Man Of The Year-ScHoolboy Q

Only The Good Die Young-Billy Joel