Welcome to Target Practice where bad popular songs of the past and present get shot. I really shouldn’t be doing this right now. You all know about Limp Bizkit and their reputation as one of the most hated bands of all time. Their music had the maturity of Adam Sandler movies and they were the soundtrack to suburban teenage angst of the late 90s. They’re also an easy target to throw shots at, but since nothing on the charts right now is giving me any good material to work with, here we are. Confession: I used to like their music back in high school. I know. Embarrassing. Now? I’m mostly indifferent towards them. Don’t get me wrong: I don’t think they’re great, but they’re not exactly the worst band of all time like some people say they are. Hell, there’s actually a few songs from Limp Bizkit that I enjoy in an ironic, guilty pleasure kind of way. Still, they have made some atrocities through the years, including their cover to Behind Blue Eyes, which we won’t be covering in today’s Target Practice because I don’t do covers. Instead, we’ll be looking at one of their best known songs. This is Nookie. 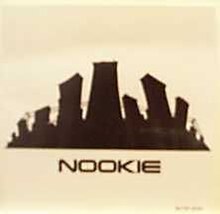 No, thank you, Fred. I don’t want to look into your eyes at all.

Hey I think about the day
My girlie ran away with my pay
When fellas come to play
No she stuck with my homeez that she fucked
And I’m just a sucker with a lump in my throat
Hey, like a chump
Should I be feelin’ bad? No
Should I be feelin good? No
Its kinda sad I’m the laughin’ stock of the neighborhood
You would think that I’d be movin’ on
But I’m a sucker like I said
Fucked up in the head

Wow. Your girlfriend cheated on you and left? That’s… very unfortunate. Maybe we’ll hear a mature story on a guy dealing with this type of news. Maybe he’ll deal with this like a reasonable adult…

Maybe she just made a mistake
I should give her a break
My heart will ache either way
Hey, what the hell
Watcha want me to say
I wont lie that I cant deny

Isn’t denial one of the five stages of grief? Wait, I take that back. There’s also depression and sadness in there as well. There’s no doubt we’ll see anger and maybe acceptance. Speaking of…

Ignoring the fact that he just wanted the nookie, why is he telling his ex to take a cookie and stick it up her… yeah? You couldn’t say ass? Or if you wanted to keep the rhyming consistent (which is probably the last thing on Fred Durst’s mind), why not go for pussy?

He could’ve done that or was it too explicit for his female audi-AHAHAHAHAHAHAHA!!

Why did it take so long?
Why did I wait so long, huh
To figure it out? but I did it
And I’m the only one underneath the sun who didn’t get it
I cant believe that I can be deceived
By my so called girl, but in reality
Had hidden agenda
She put my tender heart in a blender
And still I surrendered
Hey, like a chump 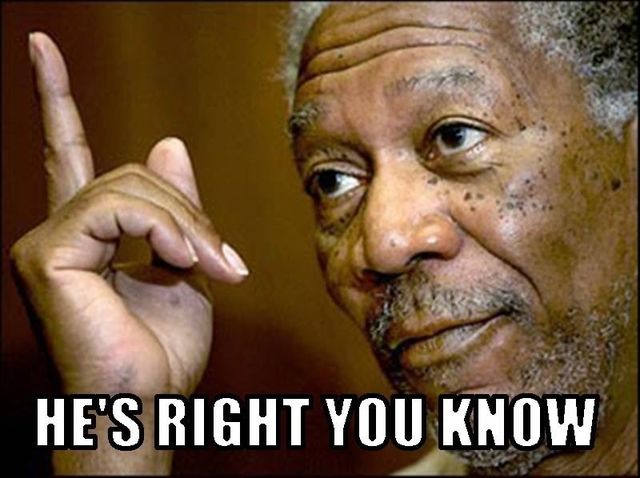 Okay, dude. You want to be left alone? Fine, we’ll leave you alone.

So basically, you’re not going to use this break-up as a life lesson for you to learn and change the way you think and view the world. Is it really surprising that your core audience aren’t old enough to drink or smoke?

This song is… honestly not that bad, but don’t think this is me endorsing it, either. Let’s get the positives out the way; the instrumentation rocks. The guys at Limp Bizkit know how to mix metal and hip-hop together. Unfortunately, the problems with this song and many others from Limp Bizkit comes in the lyrics and Fred Durst himself, who’s an insufferable prick. It’s one thing to react to something so heartbreaking like discovering that the person you love cheated on you and you both break up, but Fred reacts in such a pissy way that it’s impossible to feel bad for him, especially in that chorus where he tells her to fuck off and in the bridge, he doesn’t learn a damn thing from it and doesn’t change. That’s not a good way to show your pain. Not helping is his rapping, which is subpar at best. Overall, in terms of Limp Bizkit’s music, Nookie isn’t one of their worst songs. This band is capable of much worse. Next Target Practice, we’ll look at an 80s tune that some people consider to be one of the worst songs of all time. Is it really, though? Find out soon.