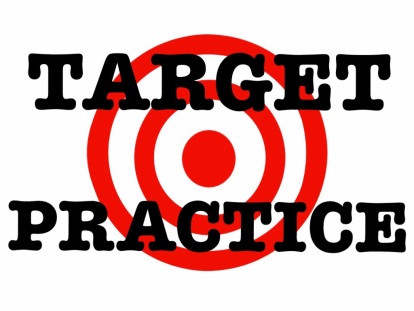 Welcome to Target Practice where bad popular songs of the past and present get shot. *sigh* Rae Sremmurd. I can’t stand these two. They are officially in the Top 5 worst hip-hop acts of the current decade alongside Tyga, Young Thug, Migos, and Nicki Minaj. When they first came onto the scene two years ago, their first two singles contradicted themselves. No Flex Zone, in spite of its title, is nothing but these two flexing and in No Type, even though they claim to not have a type when it comes to women, they then name a specific type of women that they’re into. What I’m trying to say is that this duo aren’t exactly the brightest bulbs in the socket. Also, their music was complete dumpster soup with both Sremmlife and Sremmlife 2 being some of the worst albums I had the misfortune to listen to in this decade. And now, for some ungodly reason (don’t answer that, please), they’re still relevant AND they have a number one hit under their belt, which is today’s Target Practice victim. This is… *groans* Black Beatles.

Black Beatles in the city be back immediately to confiscate the moneys
Rae Sremm, Guwop, Mike Will!

Please. None of you are even at Ringo’s level.

So why did you sent her flowers if she didn’t want them? It kinda makes it seem like you’re wasting time. We haven’t even started the song and already, the stupidity is overwhelming.

That girl is a real crowd pleaser
Small world, all her friends know of me

Strippers. Of course, it’s strippers. Wait, were you sending flowers to a stripper, someone whose profession revolves around getting pathetic men to spend all their money just to see tits? Dude, that is so lame.

So old people go to strip clubs and make it rain with their retirement money? Or do they do that at the retirement home? You have no idea how old people live their lives, do you?

Frat girls still tryna get even
Haters mad for whatever reason
Smoke in the air, binge drinkin’
They lose it when the DJ drops the needle

Didn’t I hear these lyrics from another song that they did? I don’t know. All of their songs sound the same to me.

Gettin’ so cold I’m not blinkin’
What in the world was I thinkin’?

Something tells me you didn’t think about that line at all. Getting so cold, I’m not blinking? What’s the correlation here? Does being cold leave you with the inability to blink? I mean, maybe if you were traumatized by such an uncanny site that it leaves you in some frozen state, but there’s nothing here that suggest such a trauma. Basically, it’s a poorly written rhyme, something that these two dummies are familiar with.

New day, new money to be made
There is nothing to explain

Ladies and gentlemen, one of only two references to the Beatles in a 4 and a half minute song called Black Beatles. Wearing oval sunglasses like John Lennon used to do after the Beatles broke up just to see a stripper spread her legs. Have these two ever listened to a Beatles record or did they get their Beatles knowledge from VH1 specials?

Took a bitch to the club and let her party on the table
Screaming, “Everybody’s famous.”

You know? This supposed “club banger” is really starting to bore me.

Like clockwork, I blow it all
And get some more
Get you somebody that can do both
Black Beatles got the babes belly rolling

Maybe because she’s a stripper? Her job revolves around tricking gullible men into thinking that they’re into them just to convince them to spend more money on them.

Came in with two girls, look like strippers in their real clothes
A broke hoe can only point me to a rich hoe
A yellow bitch with green hair, a real weirdo
Black man, yellow Lamb’, real life goals
They seen that Guwop and them just came in through the side door
There’s so much money on the floor we buying school clothes
Why you bring the money machine to the club for?
And pint of lean, pound of weed, and a kilo
I eurostep past a hater like I’m Rondo
I upgrade your baby mama to a condo
My Chapos servin’ yayo to the gringos
Black Beatle, club close when I say so

Oh, yeah. Something else I forgot to mention: Gucci Mane is on this song. This is a perfect opportunity for me to talk about my feelings on this particular rapper. Now, there are a bunch of hip-hop fans (especially those from the South) who LOVES Gucci Mane and regard him as a legend in the game. When I first heard praise surrounding this dude, I went and listened to some of his songs just to see what the hype was about. And honestly? I don’t get it. All I heard from him was the same run-of-the-mill trap shit about selling drugs, killing people, and money. Hell, the guy was released from prison earlier this year, losing a lot of weight and living sober. That, in itself, would make for some great songs and show his growth as an artist. But looking at his verse here? No. Even after drastically changing his lifestyle, his music hasn’t changed. Don’t people praise him for being “real?” Since he’s supposedly sober and healthy, why is he lying to his audience? For Odin’s sake, this man has released 11 albums, 2 compilations, one soundtrack album, 4 EPs, and 70, I repeat, 70 fucking mixtapes. This man has made and released more music than anyone in their lifetimes. Not even Lil Wayne has reached this level of quantity. And this would be impressive IF THEY WEREN’T THE SAME REGURGITATED SHIT OVER AND OVER AGAIN!! Jesus Christ, how do people not get tired of this? And I know someone is bound to bring up Tupac making a bunch of songs, hence the number of posthumous albums in the 90s and 2000s that were full of unreleased material, but even then, there’s a reason why some of Tupac’s songs weren’t released when he was alive, because some of those songs weren’t good. There is no excuse to have THIS MUCH material recycling the same songs over and over again!! GOD-FUCKING-DAMMIT!! I’m getting sidetracked. I need to move on to the rest of this song. Help me.

She’s a good teaser, and we blowin’ reefer
Your body like a work of art, baby

Aaaaaaaaaand I’m back to being bored again.

Don’t fuck with me, I’ll break your heart, baby
DnG on me, I got a lot of flavor

15 hundred on my feet, I’m tryna kill these haters

What, are you gonna stomp out your haters wearing your designer brand shoes or something?

I had haters when I was broke, I’m rich, I still got haters

Look back at what I said about this line in the last Random WTF Lyrics. It still applies.

I had hoes when I was broke, I’m rich, I’m still a player

See what you did? You overloaded the BULLSHIT button. Now I have to go get it fixed. Do you know how expensive those buttons are?

I wear leather Gucci jackets like its still the 80’s

I’m pretty sure Gucci jackets aren’t exclusive to the 80s.

I’ve been blowin’ OG Kush, I feel a lil’ sedated
I can’t worry about a broke nigga or a hater

No, you’re not. Not even close. Unless Paul made a trip to Mississippi in the 90s that no one knew about, you are not related to him. At all. Oh, and this is the only other Beatles reference. Why was this song called Black Beatles again?

This song is a dung beetle. I’ve seen WAY too many people give this song an extremely soft pass and I can’t sit by and let it happen without saying something. Is this the best thing that Rae Shitheads has ever done? Yeah. But that’s only when you compare it to their other songs. When you compare it to actual good songs from other artists, this is where it comes short. Nothing in this song justifies its existence or it being called Black Beatles with its generic rehash of a trap beat, shallow luxury rap lyrics that we have seen time and time again, a filler guest verse, and only TWO Beatles references. It’s not completely awful, but there’s nothing good about it, either. It’s a bland, uneventful abortion of a song that should’ve been deleted and only got as big as it did because of an Internet challenge. Next Target Practice, we’ll be looking at an easy target in Milli Vanilli.

Risin’ To The Top-Keni Burke