Welcome to Target Practice where bad popular songs of the past and present get shot. Asher Roth, Mac Miller, Yelawolf, Kreayshawn, Machine Gun Kelly, Macklemore, Iggy Azalea, Post Malone, G-Eazy, gnash. What do these people have in common? Simple: their skin color. In the 2010s, there has been an onslaught of white rappers coming into the mainstream in the music industry’s attempt at finding the new Eminem. So far, most of them have scored a few hits under their belts, but none has ever matched Marshall’s success or critical acclaim. Most recently, one of these rappers, Machine Gun Kelly, have notched a Top 10 hit, which is today’s Target Practice. Featuring Camila Cabello of Shit Harmony fame, this is Bad Things. 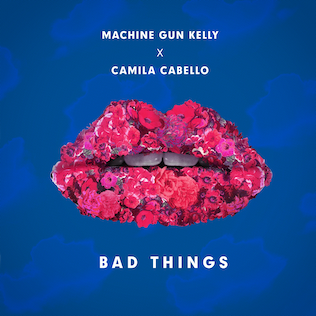 If this chorus feels familiar to you, then it is. From the way it’s sung to some of the choice lines, this is a rip-off of the chorus to the 1998 hit Out Of My Head by Fastball.

Was I out of my head? Was I out of my mind?
How could I have ever been so blind?
I was waiting for an indication
It was hard to find
Don’t matter what I say only what I do
I never mean to do bad things to you
So quiet but I finally woke up
If you’re sad then it’s time you spoke up too

Fucking wow. It’s almost like the songwriters didn’t have an original thought going into this. Also, I only wanna do bad things to you? Great. Another toxic relationship song. You know? If you’re gonna make one of these songs, don’t take a page out of the Ja Rule book where “pain is love.” Ugh, whatever. Maybe the verses will provide better context.

Nothing’s that bad
If it feels good

I just murdered a basket full of puppies and kittens because it felt good.

So you come back
Like I knew you would

This sounds like something an abuser would say to his spouse. “I knew you’d come back, babe. I promise you that I’m a different person.”

If I had a nickel for every song that uses the “your love is like a drug” cliche, I’d probably be rich enough to be President of the United States. 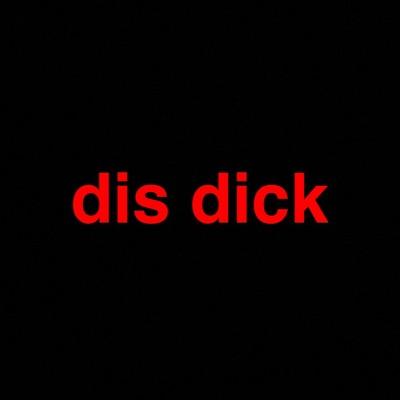 I can’t explain it
I love the pain

Because pain is love and love is pain or some bullshit.

……… Does Camila have bad breath or something? God, how horrible is your breath when someone go numb from just a whiff?

And we are
Always high
Keep it strange
OK, yeah, I’m insane

I believe you, bruh.

Ok, yeah, I’m insane
But you the same
Let me paint the picture
Couch by the kitchen
Nothin’ but your heels on
Losing our religion
You’re my pretty little vixen

So MGK is the devil that sits on your shoulders, encouraging you to do bad things. He’s probably the last thing I’d picture when thinking about “devil on your shoulder.”

The way we love, is so unique
And when we touch, I’m shivering
And no one has to get it
Just you and me
Cause we’re just living
Between the sheets

I would press the BULLSHIT button at this point, but it’s still broken from the last Target Practice, so in the meantime, here’s its substitute.

This song is a literal bad thing. It’s another dime-a-dozen toxic relationship song that crosses the line from liking it rough to physically hurting each other because they’re turned on by pain or some shit. This shit isn’t healthy at all, it’s a gross obsession that shouldn’t be glorified. Machine Gun Kelly is a bland rapper who doesn’t bring anything to the table and has no chemistry with Camila whatsoever. I’m not convinced by either of these two. Speaking of Camila, the industry really needs to stop pushing her to death and putting her on other people’s songs because she’s horrible. Her voice is irritating and she can’t hit any notes. There’s not one moment when she opens her mouth where she sounds human. Not helping is the production which takes a note out of most modern pop songs in its drowsy keys and trap percussion. Let’s hope the rest of 2017 brings us better music than this crap. Next Target Practice, I promised I was gonna review Milli Vanilli and I’m sticking to it. And next week, we continue BACK TO THE 2000s with the Worst Songs of 2007.

Rebel Without A Pause-Public Enemy

Castle On The Hill-Ed Sheeran