Welcome to Target Practice where bad popular songs of the past and present get shot. It’s March, which means it’s Women’s Month. And what better way to talk about the opposite gender than praising and tearing apart songs from the ladies of music? We’re starting this month off with a relic from 2014: Iggy Azalea. You all remember her, right? At one point, people wouldn’t shut the fuck up about her. When talking about Iggy, the words “cultural appropriation” will pop up somewhere and I’d be lying if I said that those claims didn’t have any validity. You have this white female from down under who raps likes she’s from Atlanta, yet talks with a thick Australian accent. Not just that, but her music contains the whole confrontational “I’m a bad bitch” persona, which feels… fake. I don’t get a feeling of the real Iggy when I hear her songs. I recently went back and listened to her debut album and it doesn’t hold up well. Plus, her butt stole the spotlight from her most times. Yet, she managed to be successful and score a few hits under her belt when Nicki Minaj was the only female rapper in the mainstream conscience. But not everything lasts as after 2014, Iggy’s time in the spotlight has faded. Sometime last year, she attempted a comeback with today’s Target Practice victim, which is the lead single off of her yet-to-be released sophomore album and it went as well as you’d imagine. This is Team. 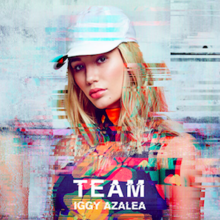 Look, turn me up, break the knob right
I get dressed like it’s prom night

You wear cheap, thrift-store dresses every time you go out clubbing?

I feed them lemons in the limelight
They say I’m full, lost my appetite?!

To be fair, it’s tough to want to eat anything after chowing down on some lemons.

(Hell nah) Go and give ’em all the finger
You gotta set the score right, call it Hans Zimmer 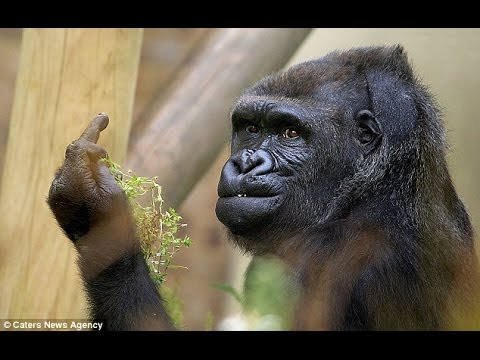 Why do I get the feeling that this is what Iggy Azalea felt after her singles flopped and her fame started slipping?

Outchea, pronto
Hit ’em with the dose, that’s a combo
Running through ya block, no fumble
‘Bout to kill ’em all, where the shovel?

Ooooh, a white female rapper from Australia with a fake ghetto accent. I’m so scared.

See I gotta go for mine
Benja-jammin’ – that money on my mind
Jamaican club, I’m stayin’ on the grind
Dutty wine, don’t step on this land mine!

Ven aqui, andele
You tryna take flight? Do what I say
100+ volts on the highway
Watch a new Kardash, call me Kylie

Oh, God. These punchlines are so horrible. That last one didn’t even rhyme, no matter how much you try to stretch it.

Are you workin’ with some cash here, cash here?
100, 000 on the dash yeah, dash yeah
All the ladies shake it fast yeah, fast yeah
Now vogue on that ass, yup! Yeah we in here

Screw it. I’m ending the analysis.

This song blows. It’s obvious that Iggy is trying to recapture lightning in a bottle with this song by trying to recreate Fancy. The beat is horrible; these synths sound like someone was playing around with their jacket zipper and it doesn’t mix well with the thin percussion. Instead of having an actual singer on the hook, Iggy decided to sing it herself and oh boy, does her singing sucks. It sounds less like singing and more like screaming, which does a bad job at the content, where Iggy is trying to hammer down the point that she’s a one-woman team who doesn’t need anyone else but her. It feels more desperate than confident, which is a sadly ironic look at her career. Can Iggy Azalea become famous again? Will she score another hit song? Or will she remain irrelevant, unable to top her peak from 2014? Find out on the next Dragonball Z. Next Target Practice, we’re going to look at one of my most hated songs from 2012. Trigger warning ahead.

Living For The City-Stevie Wonder