Welcome to Target Practice where bad songs of the past and present get shot. Here’s a question that’s bound to be controversial thanks to the answers: what critically-acclaimed artist/group/band do you think is overrated? Well, I think it’s time for me to piss some people off by naming an artist that people love who I think is overrated: Carly Rae Jepsen.

*looks out the window*

I expected that. Time for another unpopular opinion: I don’t think her last album E.MO.TION was as good as people hyped it up to be. In terms of the synthpop production, none of it hit that hard or blew me away and the writing didn’t have that level of cleverness that other synthpop acts like CHVRCHES and Shura had. Simply put, I just can’t get into Carly Rae’s music. This Canadian critical darling first broke onto the mainstream conscience in 2012 with today’s Target Practice victim. This is a song that was way overdue for the Target Practice treatment and for the entirety of 2012, it has annoyed the ever-loving shit out of me, being played everywhere and memes popping out from it. This is Call Me Maybe. 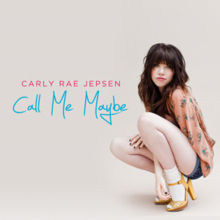 I threw a wish in the well,
Don’t ask me, I’ll never tell
I looked to you as it fell,
And now you’re in my way

Then why bring it up if you don’t want anyone to ask about it. Also, who the fuck still turns to wells for wishes? It’s the 21st century. Get out there and work for what you want.

I’d trade my soul for a wish,
Pennies and dimes for a kiss
I wasn’t looking for this,
But now you’re in my way

Pennies and dimes for a kiss? You shouldn’t pay any amount of money for a kiss. Find someone, get to know them, go out on a date or two, and then you’ll get a kiss. Also, you’d trade your soul for a wish? Satan?

Your stare was holdin’,
Ripped jeans, skin was showin’

How much skin was showing? You know what? Don’t tell me. I don’t wanna know.

Hot night, wind was blowin’
Where do you think you’re going, baby?

To listen to something good.

Hey, I just met you,
And this is crazy,
But here’s my number,
So call me, maybe!

It’s hard to look right
At you baby,
But here’s my number,
So call me, maybe!

Hey, I just met you,
And this is crazy,
But here’s my number,
So call me, maybe!

And all the other boys,
Try to chase me,
But here’s my number,
So call me, maybe!

The chorus that inspired a million memes much to my annoyance. So you just met the guy, you gave him your number and told him to call you maybe. Maybe. What’s with the maybe? Either he calls you or not, there’s no ifs, ands, or buts. God, this song is so stupid.

Here’s the GIF representation of Carly Rae waiting on that guy’s call.

I beg, and borrow and steal
At first sight and it’s real
I didn’t know I would feel it,
But it’s in my way

You’re now committing theft because of a love-at-first-sight crush? Woman, you are cuckoo for Cocoa Puffs. This ain’t normal.

Before you came into my life, I missed you so bad.

Before you came into my life, I missed you so bad.

WHAT THE FUCK ARE YOU TALKING ABOUT, YOU DUMBASS BIMBO?!?! If someone was never in your life, there’s no way in the Nine Realms you could possibly miss them EVER. You don’t know a damn thing about this guy, the only interaction you both had was you giving him your number, hoping for a call so he could make your Canada not-so Dry. My God. This is borderline psychotic stalker. How long before she becomes Kathy Bates’ character in Misery?

This song is a series of drunk calls and text messages. Taking away the ridiculous overplay, there’s other reasons why I can’t stand it. The production is generic, flaccid, and sugarcoated like hell. The writing in juvenile, clumsy, and nonsensically stupid. It’s based around love at first sight and nothing is at stake here. She gives a guy she likes her number and she’s waiting for a call like a hormonal teenage girl. And let me remind you that this came from a grown ass woman who would’ve been in their late 20s in 2012. Why should I give a shit? I am aware that people like the song and they’re not wrong. Is it catchy? Yeah, but then again, so is chlamydia, gonorrhea, syphilis, crabs, herpes, HPV, HIV, and every other sexually transmitted disease known to man. It’s not even the good kind of catchy, it’s the painful kind that won’t leave your brain until it bursts out of you like the Chestburster from Alien. It’s an awful piece of pop music. Next Target Practice, we look at the reason why Mariah Carey’s career and reputation is permanently damaged and I’m not talking about Glitter.