Welcome to Musical Appreciation. And we’re at the conclusion to this year’s Women’s Month. So who can we end this month on? How about Lady Gaga? Initially, I was one of those people who hated on her big time, which you can tell on my earlier posts. But when she was no longer the focus of attention, I gave her music a second chance and I can safely say I’m glad I did. I discovered some of the most clever and infectious pop music of the 21st century. Granted, I still have problems with her music, but that’s a conversation for another day. Today, we’ll be looking at Gaga’s best album to date, a reissue of her debut album The Fame. This is The Fame Monster. 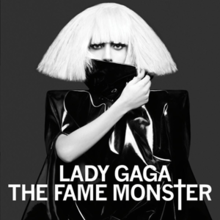 And that’s The Fame Monster, one of the best pop albums of the current century that saved pop music from being complete shit. The dance tunes are bound to get butts moving on the dance floor. The writing is potent, hitting you with the force of a tsunami along with killer vocal performances from Gaga herself. The entire project explores the downside of fame and is much darker in tone compared to The Fame. This album is a landmark of pop music of the 2000s and it holds up the most out of its contemporaries. In my personal opinion, while I appreciate her growth as an artist and her wanting to do different things, this was Gaga at her creative peak. Will she ever make an album that comes close to its level or above it? Who knows? Either way, you know that I’ll be checking it out.

So that was Musical Appreciation. Next time, we’ll talk about Mothership Connection. And next week is the Worst Songs of 2009.