Welcome to Musical Appreciation. As most people might have already figured out, I love funk music. As a kid, my dad would play this music all the time (and still does). It was my first exposure to older music and I loved the grooves and melodies of these songs. Funk is basically black rock n’ roll with the improvisations of jazz and the spirit of R&B and soul. Earth, Wind & Fire, Kool & The Gang, Ohio Players, Sly & The Family Stone, Gap Band, and the subject to today’s Musical Appreciation, Parliament-Funkadelic. A funk collective led by the legendary producer George Clinton and featuring numerous musicians, this band revolutionized the sound of black music in the 70s with surreal records drenched in Afrocentric futuristic concepts and elaborate stage shows. One can only imagine what being at a Parliament-Funkadelic show in the 70s was like. Not to mention that without them, hip-hop wouldn’t exist. Outside of James Brown, they’re the most sampled music act of all times thanks to several hip-hop songs utilizing their songs for beats. Today’s Musical Appreciation is the fourth studio album from Parliament that started the P-Funk mythology, which is an anthology series that was told throughout numerous Parliament-Funkadelic albums. This is Mothership Connection. 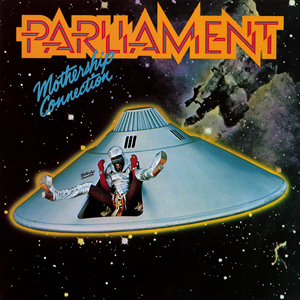 And that was Mothership Connection. A funkadelic tale of aliens coming to Earth to share the funk with tracks bound to get your booty shaking. Sticky grooves, percussion, Bootsy Collins basslines, guitar riffs, horns, sci-fi keys, etc., plus, unconventional song structures all make for a groovetastic listening experience. One of the coolest things about Parliament-Funkadelic was how, like a lot of black culture, they created their own language and slang, giving them a sense of their own identity. This record was ahead of its time and would influence generations of artists that came after. If you haven’t heard this album previously, then go check it out.

So that was Musical Appreciation. Next time, we’ll talk about One Sweet Day. And next week, I’ll release my 100 Best Songs of the 2000s list. You don’t wanna miss it.

Give Up The Funk (Tear The Roof Off The Sucker)-Parliament