And now we begin our journey BACK TO THE 80s, starting with 1980. The year that begin a magical era. Like with every other decade, 1980 was an extension of the 70s with disco at its last legs and a LOT of soft rock. New wave has started to make its presence known and rock was in a strange place. Most of the hits at the time was mostly safe, easy-listening fluff that serviced as background music you wouldn’t notice, leading to an meh year overall. So, let’s get things kicking with the first Worst Songs list for the 80s. 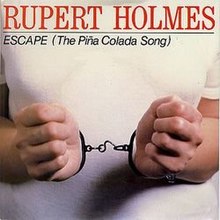 After further analysis and the 200th viewing of Guardians Of The Galaxy, I’ve come to the conclusion that Escape (The Piña Colada Song) by Rupert Holmes sucks. It doesn’t just suck, it’s stupid as hell. It tells the story of a guy who’s bored of the relationship he’s in and he wants to cheat on his wife. One day, he comes across an ad in the newspaper of a woman seeking a man who likes piña colatas and getting caught in the rain. So he sets up to meet this chick at a bar called O’Malley’s, but to his surprise, it was his wife, who was also looking to cheat. Wow. Not only are both of you horrible people, but you suck at cheating as well. No bouncy instrumentation will get me to like this stupid joke of a song. It can choke on a piña colada glass for all I care. 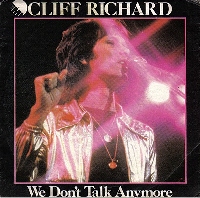 You all know that Charlie Puth song We Don’t Talk Anymore? That was a bad song, right? Well, apparently, Cliff Richard beat him to the punch 37 years ago with a song also called We Don’t Talk Anymore. And guess what? It’s also a whiny, pissy post-breakup song taking shots at an ex-girlfriend, blaming her for what happened that caused them to break up. The writing is very vague, which means the listener has to guess on why things didn’t work out. I placed this song lower on the list because outside of the writing, there’s not much else to the song; the instrumentation was of its time and Cliff Richard is a bland singer. As you’ll see, things are gonna get worse from this point on.

You know who was a good group? KC & The Sunshine Band. Songs like That’s The Way (I Like It), (Shake Shake Shake) Shake Your Booty, and Get Down Tonight are disco classics from the previous decade. So what happens when there’s a disco backlash and you take out the funk, energetic production, and rauchiness and replace with with a lame ballad? You get Please Don’t Go. The instrumentation is soft rock schlock rooted in an organ (plus, synthesizers) that makes the song more depressing than it is. Seriously, this sounds like something that’d get played at a funeral. Not helping is K.C. at his worst vocally. His voice just doesn’t work for a song like this, where a dude is melodramatically pleading some chick not to leave him. Please Don’t Go was emo before emo was ever a thing. I guarantee you some emo kids listen to this song in secret. 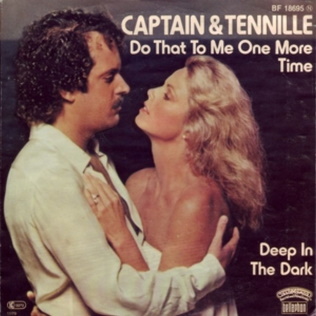 A lesson one can take away from these lists is that the past isn’t as perfect as some might paint it to be. Take, for example, Captain & Tennille. They were a husband-and-wife duo who were keyboardists for the Beach Boys, but they decided to pursue a music career of their own. I’ll get into more of them when I get into the 70s. Long story short, they were one of the worst popular acts from the 70s. And now to talk about Do That To Me One More Time. It has all of things that makes a terrible adult contemporary song. You have slow, sappy guitar-and-electric piano instrumentation that even spa resorts would feel insulted having in the background. To make it even lamer, there’s a flute solo straight out of a Kenny G record. Plus, there’s the fact that it’s a sex song that isn’t sexy at all. No, I take that back. I can see this song being sexy for someone who has no genitals. I can see that. It doesn’t do much for me, though. Just saying. Before his success in the 80s, Lionel Richie was a founding member of the Commodores, an R&B group signed to Motown Records. Now, I actually kinda like songs from this group like Brick House and Easy. Can’t say the same thing for Still. Just like Please Don’t Go, it has a depressing sound thanks to the mournful piano and string arrangement. Either this is a funeral song or a soundtrack to a really bad old movie. The lameness that Lionel Richie would adopt throughout the decade has bloomed. He’s not a bad singer, but what usually brings him down is mediocre-to-bad writing. Still is a post-breakup song with as much corn as a cornfield. It’s bad, but trust me. It’s not the worst thing Lionel Richie has ever touched. Oh, no. This was just an appetizer for what’s to come.

Well, here’s a nostalgia bomb that doesn’t hold up. As a kid, I loved Funkytown (I was a dumb kid who liked nearly everything I heard on Radio Disney). Now? It annoys me to no end. Taking away the overplay, Funkytown by Lipps Inc is a mess. Musically, the instrumentation is cluttered and discordant, ranging from battering percussion to uninspired guitar licks, string stabs, saxophone, and that irritating synth melody that bugs me to no end. It’s like the producer wanted to throw in as many sounds that he thinks are cool as he can without having them flow together cohesively. There’s not much to the writing content, it’s this chick who wants to go to Funkytown to keep on moving. That is about it. Did I ever mentioned that the song is repetitive as fuck? Half of the song is the phrase “won’t you take me to Funkytown?” repeated over and over. If I was driving a taxi or Uber and someone asked me to take them to Funkytown, I’m putting the pedal to the medal and leaving their asses on the street. Fuck that noise. 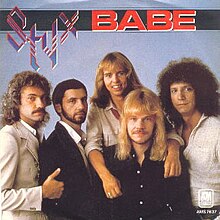 You know what’s the coolest thing about prog-rock? Complex arrangements, impressive musicianship, non-conventional song structures, high concepts, etc. You know what’s not cool? A shitty ass ballad. Well, that’s exactly what we got in Babe by Chicago rock band Styx. This is a love ballad that even Chicago heard and said, “Nah, we ain’t THAT schmaltzy.” First, the instrumentation. The ugly electric piano rears its ugly head along with synthesized bells and uninspired guitar work. Plus, I did not like Dennis DeYoung’s singing here. That falsetto just isn’t pleasing to listen to. This was a sellout track if there ever was a sellout track and not even a good one. It can’t be a coincidence that this band has some similarities with Chicago. 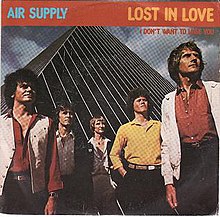 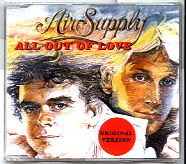 Soft rock was huge in the 80s and there are many music acts and bands who profited off of this sound including Australian band Air Supply. This band sucked. I hated every song from them. For 1980, they had two hits, All Out Of Love and Lost In Love. I couldn’t choose between these two songs, so they’re both tied. They have way too much in common. Both songs have sappy instrumentation driven by acoustic guitar and fake strings. Both songs have weak vocals with one guy who sings like a pitbull is chomping down on his testicles. Both songs are badly written love songs. Oh, who am I kidding? They’re the same songs with the only difference between them being the tempos. This is one Aussie import that I would gladly send back Down Under. 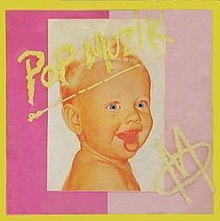 I’m willing to wager that at least 90% of you have never heard this song before. Well, join the club because I’ve never heard of it, either. This is Pop Muzik by M, a music project from producer Robin Scott. Apparently, it was a number-one hit back in the day and I’m guessing it was because it sounded different from what was released in its time. That doesn’t mean the song doesn’t suck. If clusterfuck ever does make it into the dictionary, this song should be an example because it is a clusterfuck. The production is a mess of blocky new wave synths and percussion. This is the work of an amateur beatmaker on Garageband with some horrible mixing. I get that this is supposed to be a dance song, but aside from the beat not being danceable, the lyrics are complete nonsense. There’s something in there about pop music and a bunch of phrases being repeated. It’s like a cynical, failed satire of pop music that forgot about the satire part. I’m amazed that there’s not one element in this song that works and it’s only at number 2. So what could possibly be worse than this audio pigsty? 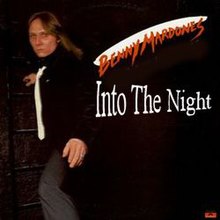 When I came across this song on 1980’s Year-End list, I initially didn’t recognize it until I remembered that it was a subject to one of my Random WTF Lyrics posts. Then I listened to the whole thing and I knew that it was gonna be my number one. Benny Mardones’ Into The Night. So why is THIS number one instead of Pop Muzik? Well, it’s not because of the instrumentation, which is passable, and it’s not because of the vocals, which are also passable. Nope. It all comes down to the lyrics and the content.

She’s just sixteen years old
Leave her alone, they say
Separated by fools
Who don’t know what love is yet
But I want you to know

You are reading this correctly. This is a song about a grown ass man who is in love with an underage girl. Let me repeat that for those who didn’t catch that: A GROWN ASS MAN WHO IS IN LOVE WITH AN UNDERAGE GIRL!! Do I… even need to tell you the levels of wrong with this? It’s pretty self-explanatory. And no, I don’t care what the age of consent is in different states and countries and I don’t care if there’s a history of music artists being in relationships with minors, this is still icky on every conceivable level. This fool has the GALL to criticize those who don’t approve of his attraction to this unnamed minor by saying “they’re fools who don’t know what love is.” Fuck. You. You selfish. Arrogant. Dickhead!! You are in NO position whatsoever to tell ANYONE what they don’t know while you’re taking advantage of someone who isn’t even old enough to smoke or drink!! You are the R Kelly of 1980. You are the Jared Fogle of 1980. You are the Tyga of 1980. Take your meaningless horrific words and shove them right up your pedophile ass, you sick fuck!! Congratulations to Into The Night for being the worst song of 1980. God, this song pisses me off!!