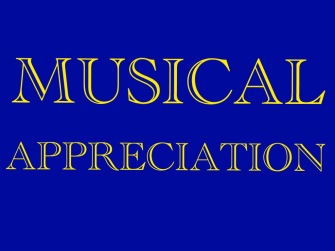 Welcome to Musical Appreciation. J Cole. A lot of people in the music-reviewing community are either mixed on this guy or straight-up hate him. And leave it to me to be in the minority of people who actually likes his music. Is there problems? Yeah. He does have a tendency of corny punchlines and falling into rap cliches that he’s above. But what draws me into J Cole is his honesty and storytelling. He’s probably the most humble rapper of this generation outside of Kendrick Lamar, which is why he has such a strong following (which can get out of hand sometimes). Talk shit about Hopsin and Logic all you want, they kinda deserve it, but I would gladly defend J Cole. And I will make my case for this guy with today’s Musical Appreciation subject. This is Lost Ones.

Lost Ones deals with a very controversial subject matter that you don’t hear much in music, abortion. In this case, we’re focused on a young couple in where the girlfriend is pregnant and her man is arguing about what to do with the unborn baby. The first verse is the guy making his case for abortion. He says that they’re both not ready to provide for a child yet since they’re still young and trying to get their shit together. He argues that he doesn’t want to bring up his unborn son or daughter into a world when he has nothing to give them financially. The second verse is the girlfriend rejecting the abortion option and telling her boyfriend that he has no right to tell her what to do with her body. She has a new life growing in her and she wants to take care of the kid as a mother. Plus, she wants him to be a father and a responsible man instead of “one of those niggas” who just want to hit it and quit it. The third verse, on the other hand, is told from a third-person perspective, telling the story of what led to the conversation that unfolded in the previous verses. It even includes the guy’s friends suggesting that this chick got pregnant for financial reasons (which is a very misogynistic inaccuracy considering reality).

The story never comes to a conclusion, which leaves the listener to guess what happened in the end. Did the girl get the abortion? Did she keep the baby? Do this couple become a loving, happy family or a broken one with little to no love? Who knows? This is a reality that young couples in the inner cities have to face when pregnancy comes into the picture and they have to decide whether they want to be a family or not for their mental and financial good. And of course, there’s the politics of abortion. Both sides of the political spectrum have been at each other’s throats when it comes to this subject matter. I won’t go deep into this because that’s a can of worms that I refuse to open up and I’m not the best person to talk about this issue. Regardless, Lost Ones is a great storytelling song that shows why J Cole is one of the best rappers of this generation and shouldn’t be slept on.

So that was Musical Appreciation. Next time, we’ll talk about Hail Mary.

Survival Of The Fittest-Mobb Deep

Give Up The Goods-Mobb Deep

One thought on “Musical Appreciation: J Cole “Lost Ones””