There is a lot to say about 1984 that I won’t go into full detail on because it would take up too much of the post, so I’m focusing on music-related matters. MTV expanded its broadcasting nationwide and had its pulse on everything related to pop culture. Blockbuster albums like Purple Rain and Born In The USA and songs from movie soundtracks made an impact. To say that 1984 was an eventful year would be an understatement and it’s another one of the best years for pop music. Instead of reminiscing on the best records, let’s count down the worst instead. 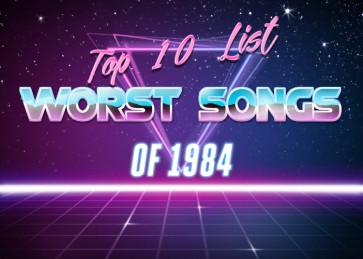 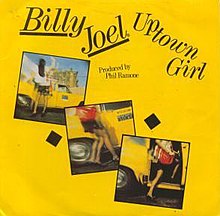 You know? With the countless hits that Billy Joel has, some of them don’t hold up to his true classics. Just look at Uptown Girl, a song about a working class guy from downtown falling in love with a wealthy girl from uptown. Not a new concept, but the way it was performed is obnoxious. It’s basically, “girl, why don’t you get with a poor loser like me?” This could work, but the writing brought it down mainly because he doesn’t give a reason for this girl to date him besides he’s not like the rich guys she’s used to, which isn’t enough. Also, the instrumentation was very underwhelming: the piano was weak, the percussion was stiff. It wasn’t up to par with some of Joel’s greatest hits along with the rest of the song. I’m not sure how other people feel about this song, but I’m not feeling it overall. 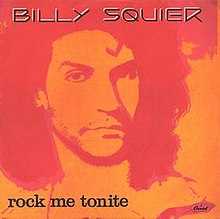 The song that killed Billy Squier’s career. Mostly thanks to the music video, which was so cheesy and stupid even by 80s cheese standards that fans couldn’t stomach it. Honestly, there’s other problems within Rock Me Tonite. First off, the instrumentation. It’s Billy Squire attempting to marry the sound of rock and synthpop in order to fit in with the rest of the music scene and something about it feels off. The staccato synth melody and crunching guitars don’t mix well with the cheap drum set. The writing is full of nonstop stupid. The first couple of lines hit you with a bad taste of what’s to come. Even for a simple rock-out song, it doesn’t have the punch to rock out to. It literally feels neutered; someone cut this song’s balls off and we’re left with a limp rock song. It actually kinda fits the music video.

Huh. Look at this. A band named The Cars made a song called Drive. The pun opportunities that’ll arise from this will rev up the creative juices. It’ll drive any man crazy. But that’s not what we get. Instead, we get a soft rock ballad with hazy synths that have overtaken the instrumentation, making the song feel like a semi-acid trip. The lower tempo isn’t helpful, either. Writing-wise, it’s a condescending jackass asking their partner who will be the one to help them when they fuck up. You know you can’t force something like that because it makes you look like a dickhole who wants some reward every time you help someone. Dude, doing the right thing is its own reward, hop down off of your pedestal. The Cars are capable of so much better than this. 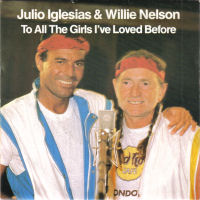 What do you get when you have one of the biggest names in Latin music and one of the biggest names in country music? You get Julio Iglesias and Willie Nelson in To All The Girls I’ve Loved Before and boy, is it more underwhelming than I expected. Instrumentally, it’s a typical soft rock ballad with its use of electric piano, synths, and a LOT of reverb on the vocals. That was already a red flag. The title alone can tell you that this song is a dedication to their ex-girlfriends for helping them grow as men. How, it’s not even specified. They lay this song very vaguely to where anyone can put themselves in their situation.

Almost. That is just nasty in so many ways. I expected more from Willie Nelson and the father of Enrique Iglesias. 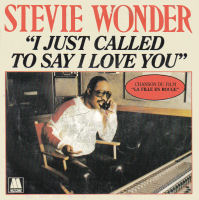 If I told you that this song came from one of the greatest artists of all time, would you believe me? All I have to say is… Why? Why, Stevie? I know the music he released in the 80s wasn’t as strong as the 70s, but this is a low point. I Just Called To Say I Love You. I think that title alone tells you enough about how incredibly lame it is. The entire song is written around this phrase. It’s corny and laughable like something that a middle school student would write to their crush. Even the production sucks, it’s just a bunch of limp synths and drums. Talk about a huge downgrade for a multi-instrumentalist like Stevie Wonder. And this is one of his biggest hits to date. It won a Golden Globe and an Oscar for Best Original Song. It beat out Ghostbusters for the latter. The world doesn’t make sense sometimes. Stevie Wonder… 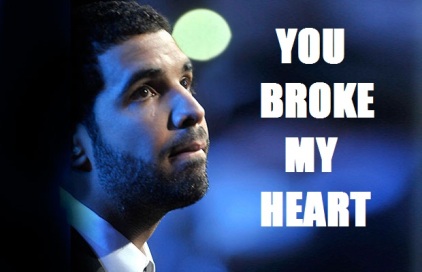 Now for the latest entry from the suckfest that is 80s Chicago. This is Hard Habit To Break. It another one of Chicago’s awful ballads with all of the elements in-tact: the slow key-driven instrumentation but with some brass horns in a way to ask Chicago fans “HEY, GUYS!! YOU MISSED THIS PART OF US, DO YA?!” Weak writing revolved around a guy miserable after his relationship ended and the girl being with someone else, mainly because she doesn’t want to be with a douchebag. Peter Cetera’s dog whistle of a voice is always cringeworthy, up there with Michael Bolton’s cheese grater-to-the-asscheeks and Bryan Adams’ smoked-five-packs-a-day. Every song he does with this band, he’s mainly been the worst part. That is a lot of effort put into being the worst frontman. And this isn’t even their worst song. I would gladly give that title to Hard To Say I’m Sorry. 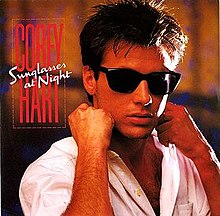 Well, here’s a song infamous for its badness. Sunglasses At Night by Corey Hart is historic in how terrible it is. Everything in this song screams “cheap,” starting with the instrumentation. I swear to God, the beginning synth loop sounds like a rip-off of the one from Eurythmics’ Sweet Dreams. I can’t be the only person noticing that, right? The rest of the instrumentation is generic pop rock. This song is based on the idea of wearing sunglasses at night. You know who does that? Celebrities and assholes. Assholes who think they’re hot shit. It makes sense to wear sunglasses during the day when the sun is out, but at night? C’mon, son. That’s doing too much. If the song is trying to project a sense of swagger, Corey Hart doesn’t pull it off well. So this song can go fuck off.

Rock isn’t the only genre susceptible to boring ballads. R&B can also sink that low and we’re going to look at one of these ballads from Peabo Bryson (no Tiller). This is If Ever You’re In My Arms Again. Production-wise, synths, keys, strings, nothing you wouldn’t hear in an 80s R&B ballad. Peabo Bryson himself has the presence of the butt end of the bread. The dude is so un-phenomenal that anytime he does duets, he gets shown up by the other singer. I made fun of one of this song’s lines in a Random WTF Lyrics, but I didn’t realize how creepy it gets. I know songwriting has a tendency of hyperbole in order to get the point across, but this?

I might be reading too much into this, but Jesus. Learn about boundaries and personal space, man. Unfortunately, this isn’t the last time we’ll hear from Peabo Bryson.

What the hell is up with Ray Parker Jr.? Sometimes, he can make a good song like Ghostbusters and other times, he makes this. I Still Can’t Get Over Loving You. Yeah, that’s problematic. You both broke up and she’s moved on while you haven’t. You’re not even over the break-up as you’re asking her friends about her and even when you try to be with someone else, you’re still thinking of her. She must have the bomb punanny for you to think about her this much. The aftermath of a break-up is basically going through the five stages of grief and at some, you’ll eventually accept it and move the fuck on. When something isn’t meant to be, the best option is to…

In terms of the other elements of the song, the instrumentation is a synthesized glob that doesn’t leave any impact and the guitar work was an afterthought. Ray Parker Jr. is barely showing any sense of personality. This is a horrible, horrible song. So what abomination could possibly top it? 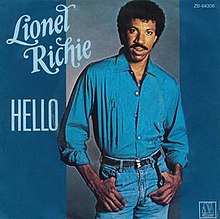 Oh, I’ve waited too long to cover this. This is a doozy, ladies and gentlemen. One of Lionel Richie’s biggest hits and one of the most notorious, Hello. Where to begin with this one? When you look up the definition of schmaltzy soft rock, this song should be the first example because it embodies all of the worst aspects of that genre. The instrumentation is a stereotype of soft rock: dreary piano, synths taking the place of strings, acoustic guitar, the whole nine yards. It was tailor-made for Lite-FM stations to play nonstop and would fit in with one of those soft rock compilation albums from the commercials. Even more boring is Lionel Richie himself who refuses to inject any personality into this track, resulting in a bland sandwich. And the lyrics. Oh, boy, the lyrics are a treat. Lionel is playing a guy stalking a chick and having an inner monologue about his feelings. The music video pretty much reinforces that idea, making it even creepier. We all know about “hello, is it me you’re looking for?” since everyone and their mom made fun of it. It even inspired this video.

These lyrics also go into some uncomfortable territory.

’cause I wonder where you are
And I wonder what you do
Are you somewhere feeling lonely?
Or is someone loving you?

You know what? I take back the stalker thing because a stalker would know if she was with someone or not and frankly, depending on their mental health, they wouldn’t give a shit. How do you not know anything about the girl that you’re after? Dude, you suck at this stalker thing. Goddamn. It is legendary how godawful this song is. It needs to be preserved in a museum for bad music for study by all. Congratulations to Hello for being the worst song of 1984.