In June of 1938, the first ever issue of Action Comics was released featuring the first appearance of Superman, the brain child of Jerry Siegel and Joe Shuster. Superman paved the way for the Golden Age of comics and established the popularity of superheroes. Even with a billion superheroes, Superman remains the gold standard. Not just an American icon, Superman remains the symbol of hope. In terms of film adaptations, the first two Superman movies with Christopher Reeve remain the best outside of the comics. Superman 3 and 4? Yeah, those suck. Superman Returns was kinda boring even with its ambition. And now, we have the current incarnation of Superman, who’s in the first film of the DC Extended Universe after Green Lantern flopped. And it has become the most divisive comic-book movie ever. Some people love it, some people hate it, some are indifferent. It’s fertile ground for various discussions and debate all around the net since 2013. What do I think of it? Well, let’s find out. This is Man Of Steel.

Clark Kent learns that he’s from the planet Krypton, which has blown up long ago, and that he has powers beyond any human. So he uses said powers to try and better the world as he becomes Superman. This film is a modern reimagining of Superman’s origin and for what it’s trying to do, it did an adequate job. It’s a journey of Clark becoming Superman and how the world reacts to someone like him. Not everything in the plot works and it kinda jumps through time, but it’s admirable. I can’t hate on it 100%. 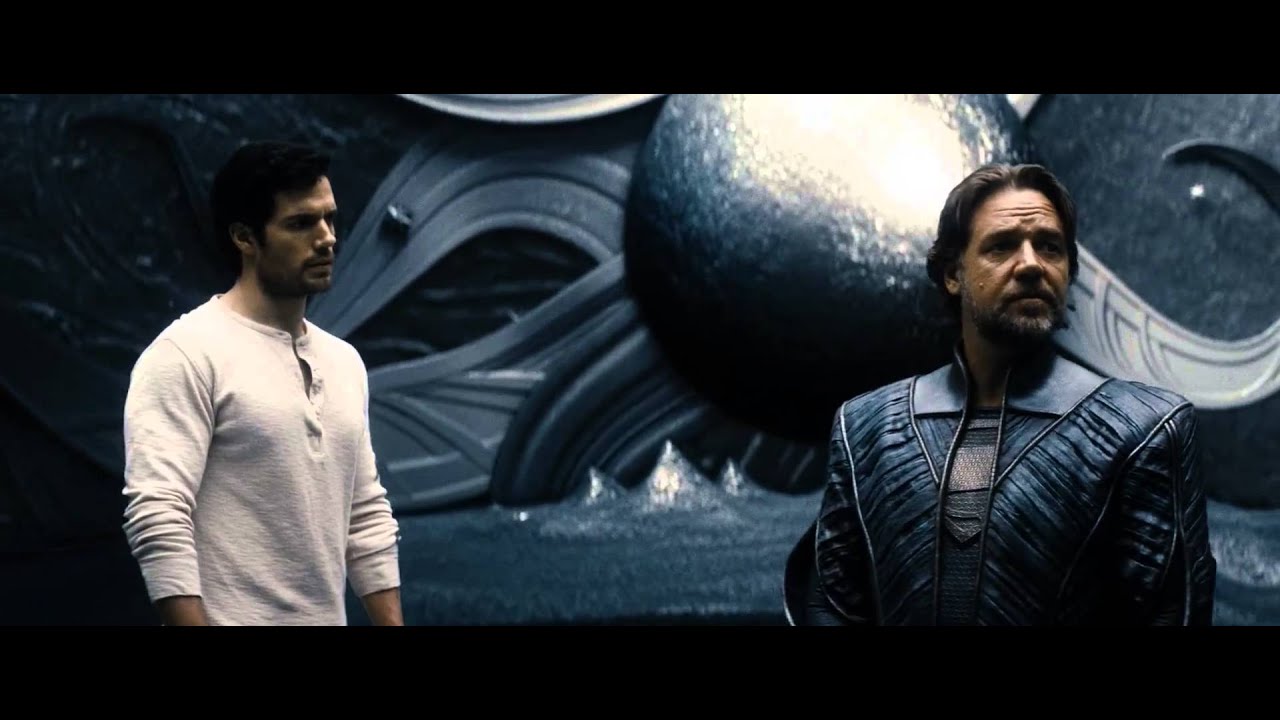 One element where the film is at its weakest is some of the characters. Not all of them, but certain ones. Let’s get the good out the way: Russell Crowe is awesome as Jor-El. Even when most of his dialogue consists of exposition and inspirational quotes, the dude is a badass, sending the infant Clark to Earth away from Krypton’s destruction and helping him after death. While Henry Cavill is no Christopher Reeve, he’s done a fine enough job playing Superman. People who hate Man Of Steel will say that Cavill’s Superman doesn’t inspire hope, which I don’t agree with and can point to one example: Pete Ross. Pete Ross is a minor character and a childhood bully of Clark. When their school bus crashed into a river and Clark saved them all (Pete included), this changed Pete’s perspective. Later, when some other bullies are picking on Clark and he does nothing because he could turn them into mush if he fought back, Pete helps him up his feet. Clark’s act of heroism with the bus accident made Pete a better person and do the right thing because it’s the right thing. I can also point to the scene where Clark tries to fly for the first time and him also inspiring the military to fight back against General Zod and his army. 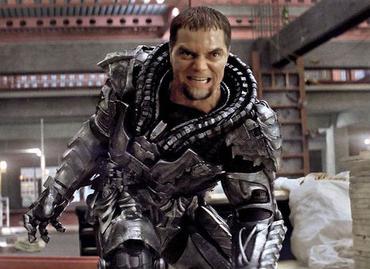 Speaking of, Zod is the best villain the DCEU has so far. He’s not evil for the lulz. Like Jor-El, he wants to preserve the Kryptonian race, though his methods are WAY more extreme. And by extreme, I mean he’s willing to commit mass genocide of the entire human population. Michael Shannon brings a sense of menace to the character, even when he goes over-the-top. Still, nothing  tops “KNEEL BEFORE ZOD!!” Now for the characters I didn’t like or care for: Amy Adams’ Lois Lane. She was annoying, she didn’t do anything significant, and like I said when I reviewed Batman v Superman, she has no chemistry with Clark. Jonathan “Pa” Kent was awful. He’s supposed to be a father figure for Clark and yet he’s portrayed more like a reluctant father. When he scolds Clark for saving a bus full of people and Clark asks if he was supposed to let them drown, Pa said “maybe.”

Father of the year, ladies and gentlemen. See a bunch of kids in a school bus drowning? Let ’em drown. Fuck. You. You heartless monster. I blame the writing and Kevin Costner himself for looking bored while portraying this character. The rest of the characters are one-note and not worth talking about.

Say what you will about Zack Snyder and his movies, but you can’t deny that he delivers on visuals. Yes, that grayish filter desaturates all the color in this movie, but there is some top-notch visuals. Seeing Clark fly for the first time is great, the set pieces and designs are excellent, and then there’s the action, which I also enjoyed. This is where the film got the most criticism. People have accused this Superman of being too reckless and not caring about collateral damage, which is true to an extent. Collateral damage is bound to happen, no matter what a hero can do, but there are moments where Clark could’ve reduced the collateral damage by taking the fight to a less-populated area away from Smallville and Metropolis. Oh, poor Metropolis. Let me make something clear: Superman was not responsible for a chunk of the city turning into dust, Zod was when he released the world engine to terraform the Earth to make it like Krypton, so let’s kill that argument. And one can make an argument that Clark wasn’t experienced at combat and it was his first time against fellow Kryptonians. And then there’s this.

The snap heard around the world. Clark’s decision to end Zod’s life has caused quite the controversy because Superman isn’t supposed to kill. I don’t have a problem with this scene and here’s why: yes, alternate universes aside, Superman isn’t supposed to kill, but that doesn’t mean he never kills. He’ll only do so if it’s the last resort and that has happened. In this case, Clark didn’t want to do it because there was no other choice. There is no prison on Earth that can contain Zod and the chance of sending him to the Phantom Zone is out the window. And it’s clear that he felt horribly about it, especially with that scream. What I do have a problem with is what comes afterwards. After such an emotionally-heavy scene where Clark had to take the life of one of his own people, we cut to a scene of him destroying a drone in front of some military people and there’s some stupid jokes cracked. Talk about a mood whiplash. It’s like the previous scene never happened. What. The. Hell?

I give Man Of Steel a 6/10. I still like this movie, but that doesn’t mean I don’t see why people wouldn’t like it. It has gaping flaws in the way the story is told, character portrayals, and Superman’s actions. But I think this is a good Superman origin story with some great visuals and action. Plus, it set the seeds for a more proper Superman story that could be told in a sequel. Sadly, the next film after this dropped the ball completely and gave Superman the shaft. Fucking Warner Bros. Now that I’ve reviewed all of the DCEU movies out so far, the next thing to do is wait on Justice League.