1988 isn’t as bad as 1987, but it’s still kinda mediocre. There’s not much noteworthy about the trends of the year, it’s just 1987 all over again. The big new trend of the time was New Jack swing, which is R&B with a hip-hop flavor. This subgenre would see more success in the early-to-mid 90s. I don’t have much to say about the year, most of the bad songs are just extremely dull. So let’s start the list. 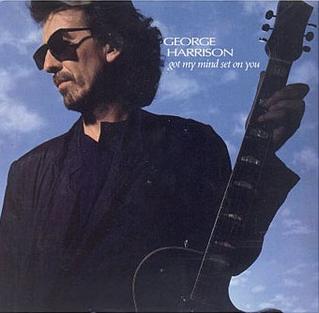 All four members of the Beatles have scored a number-one hit in their solo ventures. Paul McCartney had nine, John Lennon had two, Ringo also had two, and George Harrison had three, one of them being Got My Mind Set On You. It’s a really dull song with uninteresting instrumentation, a weak vocal performance from Harrison, and the song feels repetitive when it repeats the same lines over and over. Fun fact: this song is a cover of James Ray’s I Got My Mind Set On You. And like 75% of all covers, it’s inferior to the original. Another sin that Harrison committed with this song is cut out lines that makes the song work.

By taking this out, it turns the song from a message of hope for someone burned by love into a jackass who’s got their mind set on someone for no reason. I have no love for this song. Skip it and listen to the original version instead. 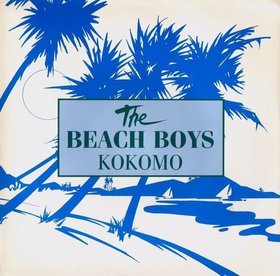 Boy, does the Beach Boys not fit in to the 80s. They ruled the pop music world in the 60s. But the 70s weren’t kind to them. While Brian Wilson was going through hell thanks to drug addiction and depression, the band fell into mediocrity, which continued in their biggest hit in the 80s, Kokomo. The two best words to describe this song is “lame” and “sad.” It sounds like a piss-poor attempt at recapturing their 60s heyday, except these gentlemen were in their 40s and they sound tired vocally. Not exactly something you want in a chill, laid-back summer song relaxing on the beach. Even the instrumentation feels weak. It’s sad to see one of the greatest American rock bands go downhill like they did. 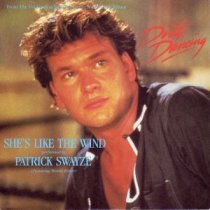 Like most 80s films, the music from Dirty Dancing made its way onto the charts. On one hand, (I’ve Had) The Time Of My Life is untouchable. She’s Like The Wind, on the other hand? Not so much. Music-wise, it sounds no different from any other power ballad of the time, cheesy saxophone included. The writing is chuck-full of love song cliches. It’s a well-known fact that most actors aren’t good singers and vice versa and that’s no different with Patrick Swayze, who doesn’t have the range and emotion to pull off singing. Wendy Fraser is also on this song contributing backing vocals. Overall, this song is just weak. 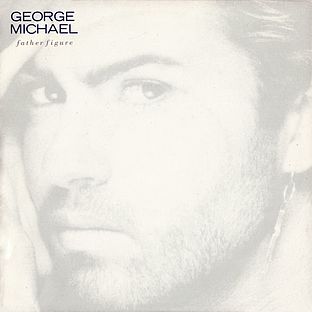 As many classics the late George Michael has, there are some songs of his that I’m not particularly a fan of like Father Figure. On the surface, this seems like a boring ballad with meh instrumentation and a meh vocal performance. But I put this song on the list mainly because of the lyrics.

Pro-tip, fellas: do not compare your relationship with your girlfriend to that of a father. That just brings up all kinds of incestuously disturbing imagery. Especially when it follows lines about being bold, warm, and naked at each other’s side. Did George Michael not think this through when he wrote this song? What the hell, dude? 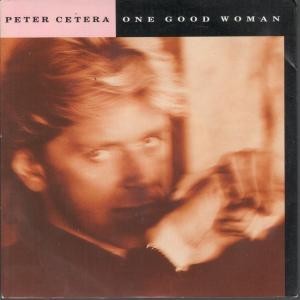 It’s like Peter Cetera seems to have a death touch when it comes to music. Every song he does is basically a war crime against music. He delivers more of the suckage on One Good Woman. This is classic Peter Cetera, and I use the term classic VERY loosely. You have the really limp instrumentation. You have Cetera’s singing being an earsore. And the writing?

Cliche on top of cliche. This writing is so painfully basic that even kindergartners are insulted for not getting something more sophisticated. I guarantee you those kindergartners could write better love songs in their sleep than Peter goddamn Cetera. 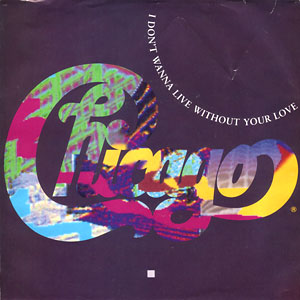 So the Death Note movie on Netflix sucks ass. I’m not surprised since Western adaptations of beloved anime series are always trash (looking at you, Dragon Ball Evolution). Why am I bringing this up? Well, because it featured this song, I Don’t Wanna Live Without Your Love by Chicago. Like I said in the last list, ever since Cetera left, the band have been in a competition to be worse than him and, boy, do they find a way with this. Instead of Jason Scheff, we have Bill Champlin on the vocals, who’s slightly better (because he’s not doing a Cetera impersonation), but barely. The writing is exactly what the title implies, a hyperbolic sad statement of not being able to live without someone over the sappiest instrumentation the 80s could cough up. I’ve seen a lot of people say that Chicago was the 80s equivalent to Nickelback, which isn’t accurate for one reason: Nickelback never had a good period. They always sucked. Chicago actually used to be good at one point. I think Maroon 5 would be a more accurate comparison.

After getting the boot from New Edition, Bobby Brown went solo. My Prerogative is one of the few songs from him that I like. Most of his stuff were either okay or awful. Guess which category Don’t Be Cruel fall under? This is some really bad New Jack swing production. The synths, the keys, the percussion, etc., is all a mixing catastrophe. As a singer, Bobby Brown has always been average, but bad production can make it the worst thing ever as he sounds horrible here. Even worse is his rapping, which he spends half the song on. An MC, he is not. We also see that Bobby Brown is a jackass as he’s berating his girl for not giving him credit for treating her right, buying her all of the things a girl could want. Dude, respect is earned, not given or bought. What do you want, a blowjob? This is one of many examples of what can go wrong with hip-hop/R&B fusions. 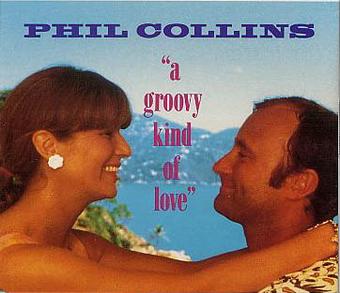 A Groovy Kind Of Love is a song written by Toni White and Carole Bayer Sager and has seen many covers through the years with the two most famous versions being from The Mindbenders and Phil Collins. The Mindbenders version is a damn great song. Seriously. Check it out if you haven’t. The Phil Collins version, on the other hand? Yuck. The Mindbenders made this song into a midtempo beat song with an actual groove. Phil Collins, on the other hand, made it into a slow, schmaltzy ballad driven by an electric piano. How ironic that a song called A Groovy Kind Of Love would have no groove in it at all. Also, Collins’ voice is full of reverb, which works against the song’s favor and takes away from the emotion. Skip this and listen to the Mindbenders’ version instead.

Well, it took this long, but it’s finally time to talk about Richard Marx. I wish I could, but there’s not a lot to say since Richard Marx is a boring artist. And as a boring artist, he makes boring music. Just look at Hold On To The Nights. The instrumentation feels like ambient music for the most part. When it hits its climax, it still feels weak and powerless. I never liked Richard Marx as a singer. To me, he seems like an even blander Bryan Adams with the scratchiness of his voice and how lifelessly bland he is. It makes it harder for me to be invested in him longing for this chick and holding on to the memories that they had when they were together. Wanna hear something sad? This bland sandwich blocked Pour Some Sugar On Me from the number one spot on the Hot 100. Def Leppard’s most iconic song wasn’t number one because of this. *sighs*

Well, this song is a Hindenburg-level disaster on all fronts. Sometimes, I don’t have enough words to describe how awful a song can get, but I can still try. Here is Samantha Fox, a former model who launched a music career in 1986 with Touch Me (I Want Your Body), which would’ve been number 11 on my Worst of ’87 list. Now, she tops this list with Naughty Girls (Need Love Too). Dear Christ, this production. It’s done by Full Force, who has previously worked with Lisa Lisa and this is some sloppy shit right here. The percussion sounds like it’s at war with itself, the bass has no presence, and there’s variant sounds that can’t decide on being either the melody or the rhythm. There is no way this song could’ve only existed in any era outside of the 80s. It’s that dated. Naughty Girls is about a promiscuous girl who finds herself falling in love with someone. Samantha Fox’ whole gimmick revolve around sex, which there’s nothing wrong with, but it gets tiring after a while and at a point, I don’t find it convincing. She doesn’t have much presence as a singer, no matter how much Full Force tries. Oh, and this is another song on the list that has rapping on it. Goody. Congratulations to Naughty Girls (Need Love Too) for being the worst song of 1988.

A Groovy Kind Of Love-The Mindbenders