Welcome to Musical Appreciation. I know what some of you are already thinking: “B-HOP, didn’t you already do a post on this song years ago?” Yes, I did. And now I’m doing another one. Why? Because I can. I’m going to make a bold statement: looking at the soundscape of pop music today, Lorde is low-key one of the most influential artists of our time. How? Most songs now put less emphasis on melodies and more so on percussion. There’s also more songs that attempts to relate to a younger audience. I’m not saying Lorde started this style, but she did make it more popular. This one New Zealand girl gave us the Alessia Caras and Halseys of the world, thanks to today’s Musical Appreciation. It was a number one hit back in 2013 and still remains one of the more unique songs to hit number one in this entire decade. This is Royals. 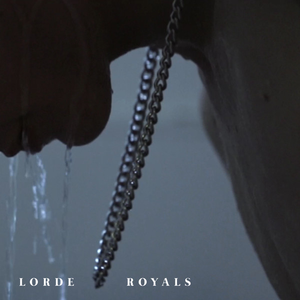 Here’s a song that subverts all of the materialistic aspects of pop culture. More specifically, it’s very critical of how materialistic our culture is, especially in the world of hip-hop. People are obsessed with luxury items that costs more than their own homes and achieving a higher status than they’re willing to work for. Instead of obsessing over shiny things and the latest trends, Lorde and her friends would rather live life their way as normal teenagers. This makes the song more relatable than most other hits. The production also fits the theme of the song. Minimal synths and percussion, along with Lorde’s more restraint vocal performance, opposes the bigger, more flashier sounds of most pop songs.

It’s kinda poetic to see this song hit number one in the same year Thrift Shop went to number one considering that both songs reject superfluous materialism for something more authentic. Whether it’d be hand-me-downs from Goodwill or a way of living. It was obvious that Royals was something special, hence other young female artists doing their damnest to emulate Lorde, but without the good writing or sharp production. It’s still one-of-a-kind.

And that was Musical Appreciation. Next time, we’ll talk about Baba O’Reily and next week, it’s the Worst Songs of 1989.

You Really Got Me-The Kinks