Stephen King novels are no stranger to film/TV adaptations. Quality-wise, they have been a mixed bag. For every Shawshank Redemption and The Shining, there’s also those really bad and silly TV miniseries. And then there’s 1990’s IT, based on a novel of the same name. I admit, I haven’t seen the series in its entirety, most of what I saw came from Nostalgia Critic’s review of it. And from what I’ve seen, a lot of it is more silly than scary. Tim Curry as Pennywise was easily the best part of the series. Dude is a riot. He was creepy in some moments and hilarious in others.

Well, now we have the film adaptation, which looks to be even scarier than the miniseries? Is it? Well, let’s find out. This is IT 2017.

In the small town of Derry, Maine, several kids find themselves haunted by a demonic entity who takes the form of a clown named Pennywise the Dancing Clown. Along the way, the kids must face their own fears brought to life. While the miniseries tried to combine both the first part (with the kids) and second parts (where the kids are grown-ups) of the novel and it ended up being a mess, with the adults part being the weakest element. This film adaptation, however, is only focused on the first part where the main characters are kids and it flows much better.

The best characters in the movie are, of course, the kids themselves. Great performances from kid actors are rare to come across and these seven actors did a phenomenal job. They all work off each other effortlessly and they’re all going through their own personal issues like Bill (Jaeden Lieberher) not getting over the death of his younger brother Georgie (thanks to Pennywise) and Beverly (Sophia Lillis) dealing with rumors of promiscuity and a sexually-abusive father. They also had to deal with the bullies, who are typical bullies. Because these kids are the outcasted underdogs you root for them to win against a force that only they can see. 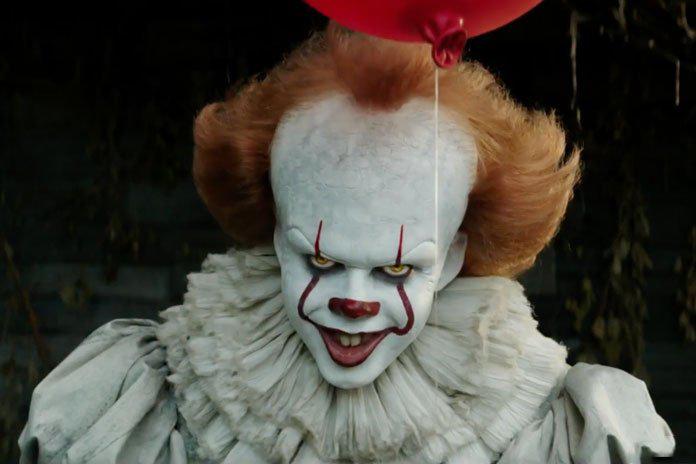 Now let’s talk about Pennywise, played by Bill Skarsgard. Tim Curry’s portrayal of this character is iconic, but I’m gonna say it: Bill Skarsgard is more scary. He has a great design that stands out from the 1990 miniseries. He has one or two silly moments in the film, like in the third act when he starts dancing in front of Beverly after capturing her (and his head doesn’t move while he’s dancing), but he is a terrifying threat. Every time he’s on screen, my heart starts racing. Great job, Bill Skarsgard.

This is one creepy film that does not hold back. From the way it’s shot to the accompanying music, you’re just hanging on to the edge of your seats wondering what will happen next. Like a lot of horror movies, there’s jump scares galore and they are effective. This is one of the few horror movies that manages to seamlessly blend CGI within its jump scares. Because Pennywise feeds off of their fears, a lot of the terror is based on the fears of our main characters. In order to beat Pennywise, they have to overcome their fear. Of course, he doesn’t die. Instead, he retreats into a pit where he’ll stay for the next 27 years. The kids swear a blood oath that they’ll come back to Derry in 27 years when Pennywise returns.

I give IT (2017) an 8/10. It shines out the shadow of the novel and miniseries. It has a lot of terror, a captivating story, and some great characters. The kids are relatable, likable, hilarious in some cases (especially the one with the glasses), and they act like actual kids. Pennywise is a threatening presence who makes a great adversary. This is what good horror films are about; taking people you root for and have them face a threat that’s nearly unstoppable and win. I felt a sense of satisfactory at the end, even though Pennywise will return and these kids will face him again as adults. I hope the sequel does a better job at the second part of the story than the miniseries.