Welcome to Target Practice where bad popular songs of the past and present get shot. Throughout BACK TO THE 80s, I’ve talked about Lionel Richie many times. He’s not the worst artist of all time, but he is one of the least interesting ones. A lot of his hits are ballads, which is easy to get a hit out of in the 80s since there were tons of them. It’s really not surprising that he became one of the biggest artists of that decade even if a good number of his hits suck. Lionel’s more upbeat songs are usually the songs from him that I can tolerate like All Night Long. That’s a decent song. But this doesn’t apply to every song like today’s Target Practice victim, which I named the third worst hit of 1986. This is Dancing On The Ceiling. 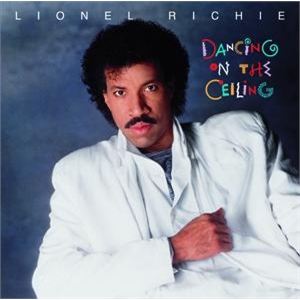 What is happening here?
Something is going on
That’s not quite clear
Somebody turn on the light
We’re gonna have a party
It’s starting tonight

Don’t you just hate it when there’s a power outage or a blackout? Shit, after waiting for God knows how long till the power comes on, you’d want to party, too.

I’d like to imagine these two scenarios for how someone could be dancing on the ceiling: either there’s a party in a room with no gravity or Lionel is wasted as hell and is seeing things that aren’t there. What’s more plausible? You make the call.

Satan, why are you throwing parties in Hell?

So this is where all of the alternate versions of Spider-Man from different universes converge to party.

I doubt anyone would lose control when listening to this song.

The only thing we wanna do tonight
Is go round and round
And turn upside down
Come on, let’s get down

Go round and round and turn upside down. Well, that’s one way of losing your lunch.

So come on, let’s get loose
Don’t hold back
Because it ain’t no use
Hard to keep your feet on the ground
Because when we like to ball it
We only want to get down
What? you say what?
It’s love now…
Just get started
Everybody clap your hands, come on
Everybody have sense…

You know? For a song about partying and shit, I don’t get that partying feeling from this song. If this song were a party, then it’d be the saddest, lamest party ever, hosted by out-of-touch adults.

This song is weightless. I summed up why this song doesn’t work on my Worst of ’86 list. The production is lifeless, generic, and a product of the times. Lionel Richie is phoning it in throughout the whole thing. The lyrics have more corn than a cornfield. This feels like something some studio hack would conjure up in order to appeal to the youth. This feels less like a party jam and more like the background noise you’d hear in an 80s commercial. Songs like this are a stain to the 80s and the greatness that came from it. Next Target Practice, for the first time ever, I review two songs in one post and they both come from members of New Kids On The Block.

Hope The High Road-Jason Isbell and the 400 Unit