Welcome to Target Practice where bad popular songs of the past and present get shot. Before The Backstreet Boys, before NSYNC, before 98 Degrees, there was New Kids On The Block. Jonathan, Jordan, Joey, Donnie, and Danny ruled the charts in the late 80s and early 90s, setting the stage for the boy band boom that would come later in the 90s. By that time, NKOTB had split up and all the individual members did their own thing. For the first time ever, I’m doing a double Target Practice. Both songs I’m going to look at today come from both Jordan Knight and Joey McIntyre. First, we’re going to look at Jordan Knight’s Give It To You. 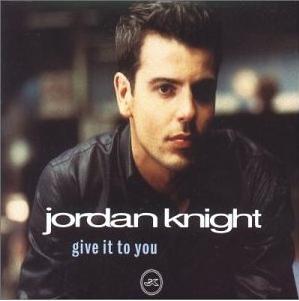 You say it’s been too long
Since you had some

Had some what? Food? Well, I just ate a couple of slices of pizza a while ago, so that’s been satisfied.

You don’t have to say a word, I’m convinced you want this. Dude, you suck at reading people.

Translation: I got the leanest, meanest penis of any man and you’d be a fool to pass it up.

I’m the place to be and soon you’ll see
I don’t care who leads as long as we move
Horizontally
Anyone can make you sweat, but I can keep you wet

Let’s move on to Joey McIntyre’s Stay The Same. 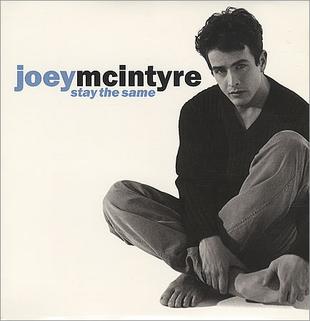 Wait a minute. I think I’ve heard this kind of song before. I don’t know what it is, but it sounds familiar.

And I hope you always stay the same,
cuz there’s nothin’ ’bout you I would change.

Now I know where I heard this before. This is every goddamn “you’re perfect just the way you are” song that’s out there.

I think that you could be whatever you wanted to be
If you could realize, all the dreams you have inside.
Don’t be afraid if you’ve got something to say,
Just open up your heart and let it show you the way.

Hold up. You just said not to change the way you are, yet here, you’re saying that you could be whatever you want to be. Which is it, bruh? Pick and choose.

Did this turn into a friggin’ contemporary Christian song? What the hell is going on here? Ugh, whatever.

Both of these songs are terrible for different reasons. Give It To Me is a stupid sex song set to a cheap freestyle beat that strangely starts with carnival music. It’s at least upbeat unlike Stay The Same, which is a boring ass ballad with bad singing, contradictory lyrics, and it turns into a gospel song at the final chorus for some reason. Revisiting both songs make me consider making some changes to my Worst of ’99 list because I was way too kind to these songs. Next Target Practice, I look at a song from two rappers who topped my Worst of 2017 list.

Walkin’ On The Sun-Smash Mouth

Chief Rocka-Lords Of The Underground

One thought on “Target Practice: Jordan Knight “Give It To You” & Joey McIntyre “Stay The Same””