I’ve seen a couple of articles saying that 1971 was one of the best years for music. For rock, that might be true, but I feel like the genre is a bit under-represented in this year-end chart. It was, however, another fantastic year for R&B and both pop and country music were hit-or-miss for the most part. We’re going to be talking about the biggest misses with this list, so let’s get started.

We start the list off with some country, more specifically, Watching Scotty Grow by Bobby Goldsboro. Dear Cthulhu, is this some schmaltzy shit. I get it; it’s about the bond between father and son, but could you have done this in a not-so cheesy way? It’s the music equivalent of that one person always bragging about their child doing the most mundane things and you just want them to shut up. This is the music your conservative relatives would listen to while you’re trying your best to distance yourself from them while trying to be kind to them. For every great song that exists in the 70s, there’s at least 3 songs that are just lame.

You know? When making a song that would get played at a wedding, you don’t want to make something that will put people to sleep. Well, Paul Stookey made that mistake and gave us The Wedding Song (There Is Love). It’s the ultimate acoustic guitar song where that’s the only instrument in the song and it does not do anything interesting outside of the typical plucks that amateurs can do. Even more lifeless is Paul Stookey, whose dull droning doesn’t carry the love and passion that’s supposed to go into a supposed wedding song. If there’s a chance that I do get married in the future, there is no way this song will be on the DJ’s playlist.

Carly Simon is who I would describe as the 70s Taylor Swift. The fact that Taylor cites Carly as an influence on her is no coincidence. They share a similar approach in the way they write songs and view the world. That’s The Way I’ve Always Heard It Should Be is revolved around shitty relationships; parents, friends, a young couple, etc. The way Carly treats these situations is very nonchalant, like she thinks this is normal. Bad relationships are not good for anyone’s personal welfare. If something isn’t going right, either fix the situation or get out of it. Pretending that nothing is wrong will only make things worse. Setting that aside, the song is extremely dull sounding like most 70s piano ballad. And this isn’t even the worst that Carly Simon could do. 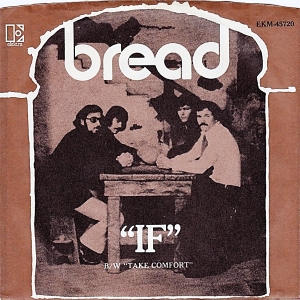 Bread. That is the most appropriate name for this band since they’re plain as bread and so is this song. If is another one of those songs that gets played at weddings and it’s ridiculously schmaltzy thanks to the instrumentation and the writing. The instrumentation attempts to be dream-like and ends up being lullaby music. There’s relaxing and then there’s coma. The writing is even worse, consisting of platitudes that don’t really make sense the more you think about them.

If a picture paints a thousand words

Then why can’t I paint you?

The words will never show

The you I’ve come to know

If a face could launch a thousand ships

Then where am I to go?

There’s no one home but you

If a man could be two places at one time

I’d be with you

Beside you all the way

Stupid even by 70s standard. What else is there to say besides another snoozefest?

Let’s be honest: a lot of Paul McCartney’s songs after the Beatles broke up weren’t that great. Just look at Uncle Albert/Admiral Halsey with wife Linda McCartney. This shit sounds like a reject from the Beatles’ later albums like Sgt. Peppers or Magical Mystery Tour. It’s a mess composition-wise, starting off as an acoustic guitar song before transitioning with a bunch of random sound effects into something straight out of Yellow Submarine, shouting “hands across the water, hands across the sky.” It doesn’t blend well and you’re left with a clusterfuck of a song that’s sitting on the fence because it doesn’t know if it wants to be weird or normal. This shit is wack, plain and simple. Next.

I think we can all agree that the American Civil War, like every conflict, was terrible and we don’t want to experience anything like that ever again. Why am I bringing this up? Well, because it’s the subject matter of this song, The Night They Drove Old Dixie Down, a song record by, ironically, Canadian band The Band. That’s not redundant at all. This song is famously covered by folk artist Joan Baez. Both the singing and the instrumentation are dull. But that’s not the main reason this song is on the list. No, it’s because of the writing. This song is a narrative of the struggles of a white Southerner during the end of the Civil War. As someone who is black and whose grandparents come from the South, I have no sympathy at all. I mean, the Confederacy wanted to keep slavery, which fueled the Civil War. You can’t make the Dixies sympathetic the same way you can’t make Nazis sympathetic. Joan, why did you choose to cover this song? Aren’t you an activist for liberal causes? You’re better than this. 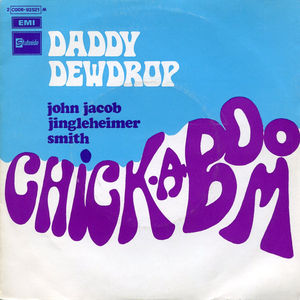 Because the 70s has no shortage of songs with stupid titles, here’s Chick-A-Boom (Don’t Ya Jes Love It) by Daddy Dewdrop. Chick-A-Boom is a phrase that sounds lame even back then. This belongs in the 60s. It’s also sung by a guy who sounds like a complete creep, which makes sense when you look at the writing. This dude had a dream about a woman in a black bikini. When he goes to talk to her, she disappears and the dude comes across three doors. The first door opens to a party, the second one opens to Africa, and the final door is where the woman in question is at. Is this a novelty song? It’s giving me that vibe. And then there’s the chorus.

Don’t you jes’ love it

The song is two and a half minutes long and this takes up the majority of the runtime. In the context of the song, it’s what the other characters say after the end of the first two verses and he says it at the end of the third. This story is not well-put together and it doesn’t have a proper conclusion. God, this is stupid. 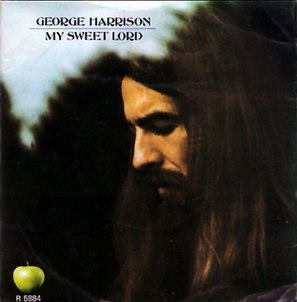 I’m going to come across a lot of songs that were on Guardians Of The Galaxy. I knew about the existence of most of these songs before those films came out and one of them is My Sweet Lord by ex-Beatle George Harrison. He might be a good musician, but one thing that George isn’t good at for the most part is writing song lyrics. My Sweet Lord is him wanting to meet God… and that’s about it. He wants to see God and he wants to be with God. I just summed up the entire song for you, no deeper analysis needed. The way he’s talking about God, it’s like he wants to marry him. Dude, God is supposed to be a omnipotent being who loves all people equally. Just because you’re 1/4 of the most popular band in history doesn’t mean you deserve special treatment. It’s religious fluff in the most wacked-out way possible. With his passing in 2001, I guess Georgie is finally with the Lord like he wanted to. 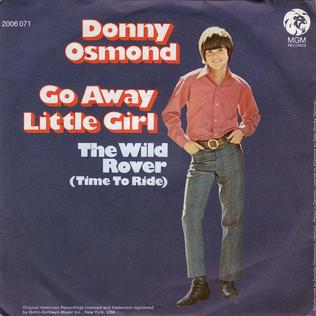 This song makes me want to puke. That little kid you see above is Donny Osmond, one of the kid stars we’re bound to hear more from going through the 70s. He had a successful career as part of the Osmonds with his brothers and as a solo artist. One of his first hits is a cover to Go Away Little Girl, a song written by Gerry Goffin and Carole King. The song is a boy trying to distance himself from a girl because of his girlfriend. He’s kinda harsh to this girl just for being near him, acting like one of those pure Christian boys who don’t want to give in to the Devil’s temptation because he wants to go to Heaven. Aside from that, the song is so sugarcoated that I think I might’ve gotten diabetes listening to it. Donny is pretty much pre-puberty Bieber and just as barf-inducing. There’s no way this kid will ever make anything good…

But first, here are some dishonorable mentions. 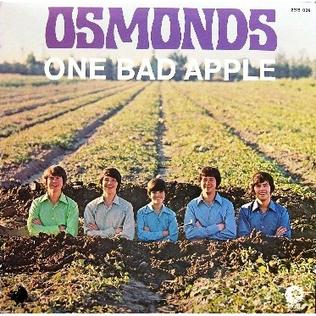 Imagine the Jackson 5, but white and not good. You would get the Osmonds, one of the more successful Jackson 5 ripoffs. Comparing these two groups is like comparing a Maserati to a Pinto. The song that put the Osmonds on the map is One Bad Apple, a song that pretty much epitomizes bubblegum pop at its most disgustingly sugarcoated. They’ve taken so much from the Jackson 5 playbook that they might as well sue for copyright infringement. Like I said before, Donny Osmond is no Michael Jackson and his shrill voice is like nails on a chalkboard. The writing of the song is basically saying, “don’t let past relationships deter you from falling in love again,” a love song cliche older than time. And it’s just as manipulative. How? Because it’s based on a lie. Not to go all science class on you, but one bad apple DOES ruin a bunch. Why? Because some fruit produce a hormone called ethylene, which affects the ripeness of other fruits. When one of them goes bad, they ALL go bad. Consider that shooting yourself in the dick. Congratulations to One Bad Apple for being the worst song of 1971.