Welcome to Target Practice where bad popular songs of the past and present get shot. Kodak Black and XXXTENTACION. I don’t think I have anything else to say about these two. They occupied the Top 2 spots of my Worst of ’17 list for a reason. They’re both awful people with bad music who share similar criminal records, some of them involve doing horrible things to women. You’d think with the rise of the MeToo movement that they would be instantly thrown away. Right now, it feels like they’re becoming irrelevant, but with the help of controversy, they notched one song in the Top 40, which is today’s Target Practice. This is Roll In Peace. 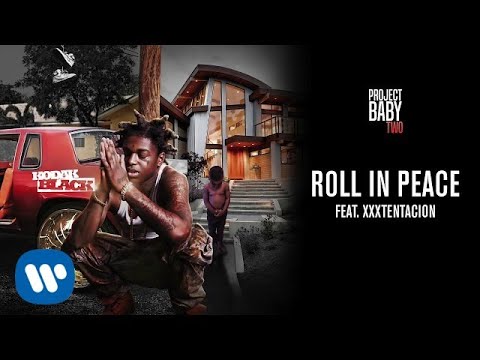 I can’t even roll in peace (why)
Everybody notice me (yeah)
I can’t even go to sleep (why)
I’m rolling on a bean (yeah)
They tried to give me eight
Got on my knees like “Jesus please”
He don’t even believe in Jesus
Why you got a Jesus piece?
If you wanna leave just leave, but you ain’t gotta lie to me
Even the blind can see
That you ain’t gon ride for me
You ain’t even showing me the love you say you got me for me
There ain’t no loyalty, you lied to me
You said that you gon’ ride for me

Sorry. I have a hard time sympathizing with rapists.

Why you ain’t show me none of the love you say you have for me, yeah
I was goin’ through tragedy
Bitch, I needed you drastically, yeah

Maybe those rape charges have something to do with it.

Maybe you’re sick? NAWW!! What made you think of that?

I feel like there’s a gay joke in there somewhere.

Hit her face down with her ass up, ayy
Even when I’m fucking, I’m masked up, ayy

I ain’t gon’ do the nigga shit ’cause I’m too good for features, huh

Is that why you’re featured on this song?

I ain’t gon’ fuck the nigga bitch ’cause I know she a eater, ayy

Are you calling someone else’s girlfriend a zombie or fat?

Last time I wifed a bitch she told the world I beat her, huh

Because you did beat her, dumbass.

And when they locked Lil Kodak up, my nigga I couldn’t believe it, huh

A criminal sympathizing with another criminal. Imagine my shock. Both of you deserve to be in a prison cell.

I would make a comment about this, but that requires understanding what’s being said.

Hit her from the back, damn that bitch bleeding
Said I knocked her period on

Remember when I had that poker, huh
Instead of looking over my shoulder, huh
Forcing with a nigga, no Yoda, huh
That mean a young nigga got what on me? (ayy)

A bad Star Wars reference, that is. Quit rapping, you should.