Well, we’ve reached the worst year for 70s pop music. Aside from the same trends from the previous years, there was a lot more country music on this year end list. Also, we’re starting to see the introduction to disco, something that will inject some life into the charts as we go through the latter half of the decade. I know this is a short preamble, but I want to get this list over and done with, so let’s look at the worst that 1974 has to offer.

Honestly speaking, Grease was the best thing Olivia Newton-John ever did in terms of music because outside of that? Not a fan. Her first number one single in the US is I Honestly Love You. Olivia’s not a bad singer, but good singing isn’t enough to make a good song, especially when you have nothing to work on. It’s a schmaltzy love song with writing as deep as a puddle. The instrumentation is boring 70s piano and string-driven ballad. You’ve heard this type of song a million times before and this doesn’t add anything new besides make Olivia Newton-John a bigger star. 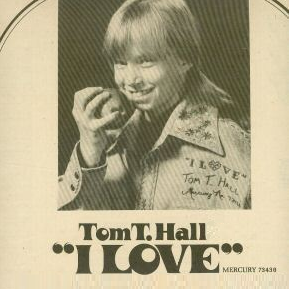 Wanna see how corny country music can be? Well, here’s Tom T. Hall with I Love. In this song, Tom T. lists off all the things he loves, from baby ducks to pick-up trucks to Sunday school to everything associated with rural America. And all three verses ends with a “and I love you, too.” *gags* Like I said, corny as hell. And it’s set to the most boring country instrumentation that they could produce and then there’s Tom T. Hall also sounding bored as he talks about the things he loves. It sounds less like he’s passionate about what he loves and more like “meh, I guess I love those things” in the most nonchalant way possible. 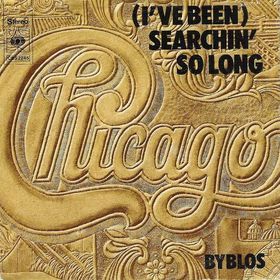 Yep. Even in the 70s, when they were still good, Chicago can still make a song that sucks. This brings us to (I’ve Been) Searchin’ So Long. This is starting to sound like the Chicago we all know and hate. The instrumentation is the same Chicago sound they’ve used since the beginning, but it’s a lot more watered-down and flaccid. Those keys take away whatever punch the instrumentation had. It’s almost like a transition track between their earlier material and what they would release in the next decade. Before this, Peter Cetera was tolerable, but with this song, we’re dipping our toes into cringe territory. Writing-wise, he’s searching for purpose. If you changed a few things, this could’ve been a contemporary Christian song. Not the worst Chicago song ever, especially compared to their 80s output, but it’s not good either. 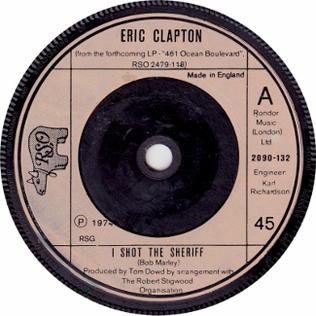 Oh, boy. I don’t know how hot of a hot take this is, but something tells me that I might get into some hot water with this pick. Look, Eric Clapton is great and he’s made some classics by himself and with other bands, but to me, his cover to Bob Marley & The Wailers’ I Shot The Sheriff is kinda wack. The original song is great, this is literally a cheap, white-washed imitation that’s another addition to the long list of instances of white artists doing covers of songs by black artists and seeing more mainstream success because of it AND a lot of faux-reggae coming from the U.K. Plus, it lacks authenticity. See, a song about shooting a sheriff and claiming self-defense is much more believable coming from Bob Marley, who grew up in Jamaica, which has a history of violence in the streets. I don’t buy that Eric Clapton could be put in a situation where he had to shoot at a police officer to save his life. In other words, skip this cover and listen to the original instead. Seems like I find myself potentially walking into some controversy with this list. I am a bit more cynical towards religion as an atheist who comes from a religious family, but I don’t have a problem with the idea of religion in of itself or the many good people who are religious. I could talk about my issues with fundamentalists and (white) evangelicals and organized religion, but this isn’t that kind of website and I don’t want to bore anyone. So let’s talk about shitty contemporary Christian music instead. The Lord’s Prayer by Sister Janet Mead, a Catholic nun from Australia. They try to make this song cool by adding rock instrumentation when all it does is make it more lame. This is parent rock at best and at worst, it’s a bunch of music executives trying their damnest to appeal to a younger audience. And seeing that it reached number 4 on the Hot 100, there’s an audience for this. If I had to guess, the main demographic for a song like this would obviously be Christian, over the age of 60, and is a frequent watcher of The 700 Club.

After that last entry, let’s go into something less controversial: Terry Jacks’ Seasons In The Sun. This has been considered by many music critics to be one of the worst songs of all time and they’re not exactly wrong. I was originally going to do a Target Practice on this song, but I couldn’t come up with any good material and this was the perfect time to talk about it. This is a cover to a 1961 song from Belgian singer Jacques Brel called Le Moribond (which translates to “a dying person”). So, yeah. This is a song about someone dying. More specifically, a song about a dying person saying goodbye to their loved ones. And Terry Jacks took this song and made it sound WAY too happy. It’s one thing to be at peace with yourself at the end, but with the way Terry talks about death, you’d think he was going to Disneyland. The instrumentation sounds like a Beach Boys reject that they thought was too sunshine-y. You need music that matches the tone or is at least interesting, which this is neither of.

Because one Osmond wasn’t enough trouble, how about we add another Osmond and make it a double? That’s what we got with Donny and Marie Osmond with I’m Leaving It (All) Up To You. Like most of Donny’s hits, this is also a cover. Specifically, it’s a cover to a song from Dale & Grace in 1963. To be honest, I’m not a fan of the original, especially with how vaguely written it is, but that doesn’t mean that Donny and Marie made the better version. This shit sounds like something stuck in the 60s. The doo-wop instrumentation is very trudging even for a song that isn’t even 3 minutes long. Neither Donny or Marie sound that good vocally. And this is ignoring that this is a brother-sister duo singing a love song. Yikes. Expect to see these two again in future lists because they have more hits. 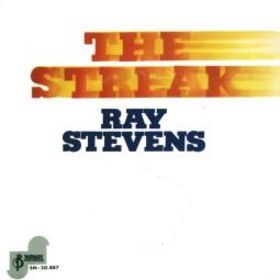 Remember our ol’ good friend Ray Stevens, who made one of the sappiest songs ever in Everything Is Beautiful? Well, he’s back on a Worst Songs list with The Streak, which shows Ray Stevens going back to what made him famous in the first place: being unfunny. In The Streak, a news reel is portrayed where a streaker is wreaking havoc on local residents and a news reporter interviews a guy who warned his wife not to look, but it was too late. By the third verse, the same guy runs into the streaker and to his shock, he’s joined by his wife. Apparently, streaking was a big craze in 1974 and this song was capitalizing off of that. The instrumentation sounds like the hokiest country music ever and isn’t made better by the slide whistle. This is almost like a parody of country music. It’s one thing to make a joke song, but if you’re gonna do that, it has to be funny and this song isn’t funny, just stupid. And this was a number one hit. Before we move on, something to think about: Ray Stevens was 35 years old when this song was released. Imagine seeing this 35 year old dude buck-ass nude while out in public. Something that’ll burn in your brain for a while. 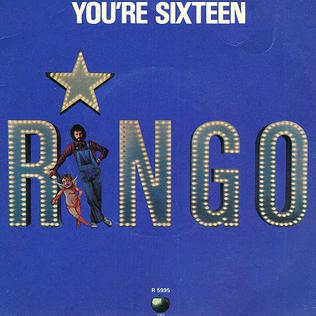 Ladies and gentlemen, the worst thing to come from the Beatles that became a hit, You’re Sixteen by Ringo Starr. Out of all the Beatles who went solo, Ringo was considered the worst and this song is part of the reason why. This cover to the 1960 Johnny Burnette single has hokey instrumentation and mediocre singing from Ringo Starr, but it’s this high on the list for one reason: pedophilia.

A man in his 30s preying on a teenage girl. Do I even need to explain more? This is taking a page out of the Roy Moore book. All he needs to do is be banned from the mall and his transition would be complete. Then again, Moore would probably love this song because of how much he can relate to it. Ugh. This shit disgusts me. And this was written by the Sherman Brothers. You know, the guys who wrote songs for old Disney movies like Mary Poppins and The Jungle Book? What. The. Hell.

Screw this build-up. You all know it’s (You’re) Having My Baby. 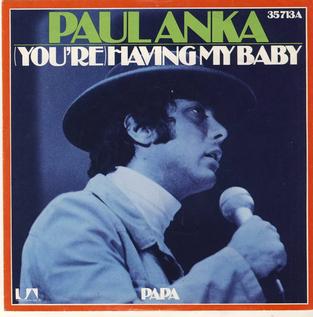 Yeah, this wasn’t even a contest. Every other song was competing for number 2 while this solidified itself for the number one spot on its existence alone. Not to sound hyperbolic, but Paul Anka’s (You’re) Having My Baby might be the worst song to have ever hit number one in the 70s. The instrumentation makes me want to throw up. It’s that sappy acoustic guitar/electric key/string arrangement sound that’s permeated through the 70s. Paul Anka’s singing is really bad here. This makes the whole song sound like a karaoke. But what’s even worse is the writing. Here, we have a guy celebrating because he’s going to be a father. That in itself doesn’t sound bad, but then there’s the fact that he thinks childbearing is his woman’s way of showing her love to him and he claims ownership of the child instead of, you know, sharing it with the potential mother because it’s THEIR baby, not his. Just saying, it takes two to tango. This condescending attitude implies that women are nothing more than machines whose only purpose is love and to make babies. It’s like she has no say in the matter. The woman singing along with Paul, Odia Coates, comes off very submissive to the situation. Not making things better is this.

I refuse to open this can of worms. Why would you put something like that into the song? My goodness, the writing choices for this song are so garbage. This would have been somewhat salvageable if you replaced the “My” with “Our” in the song title. Paul defended his choice by saying that “my” sounded better than ours.

Congratulations to (You’re) Having My Baby for being the worst song of 1974.