So we’re finally here, huh? 1976. Not gonna mince words here, I’m gonna go ahead and say it: 1976 was FUCKING AWESOME!! This might be one of my favorite years of pop music so far, up there with 1983 and 1995. All the great disco, soul, funk, R&B, rock, pop, country, etc., made for an entertaining year. I can safely say that I like at least half of the songs on this Year-End list. Doing the Best list was so difficult, I expanded it and still had to make painful cuts. That’s how great 1976 was. But now, let’s get into the worst of the year. 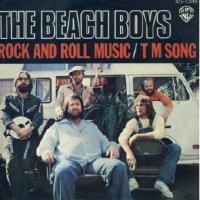 The 70s were not too kind to the Beach Boys. Brian Wilson went through a publicized meltdown and the music suffered. Their big hit in 1976 is a cover to Chuck Berry’s Rock And Roll Music and it is not a good cover. The music doesn’t match the same energy as the original, sounding slow and tired. This isn’t the music you dance to, this is the music you play in the background in commercials. Vocally, these dudes are not at their best and they’re just phoning it in. If it wasn’t clear before that the Beach Boys’ hot streak was at an end, it sure is with the release of this song. Even with this, they’ve contributed to a lot worse that’s on this list. 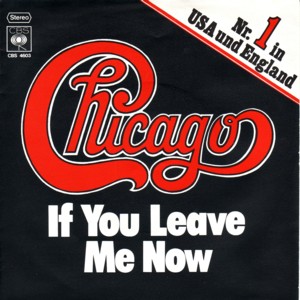 As the decade proceeds, we’re slowly starting to see Chicago churning out crap. Here’s If You Leave Me Now. This is one of the many slow ballads that the band would make a lot of in the next decade. The instrumentation is boring thanks to those acoustic guitars and strings. Way to go. Your love song sounds like a lullaby. A really desperate, sad lullaby. As for Peter Cetera? His voice couldn’t be anymore annoying if he tried. The higher his pitch goes, the worse it becomes. What a waste of potential Chicago was.

Here’s one of the atrocities the Beach Boys were somewhat responsible for, Captain & Tenille. They’re on this list for their cover to Smokey Robinson & The Miracles’ Shop Around. Boy, they butchered this song like it was pork. The original song is a guy taking advice from his mother about making sure he finds the right woman to settle down with. Captain & Tenille comes along and whitewashes the song into drunk karaoke night on Mother’s Day with cheap instrumentation. There was no way Toni Tanille was going to match the soulfulness of Smokey Robinson. And this isn’t even the worst song that Captain & Tenille have ever made.

John Travolta was a huge star back in the 70s. He was in a hit TV show Welcome Back, Kotter (whose theme song was a number one hit in 1976) and would star in two huge musical movies, Grease and Saturday Night Fever. And he also had a music career with songs like Let Her In. It’s a schmaltzy love song with lifeless music that would give Donny Osmond a run for his money. But that’s not even the worst part of the song. No, it’s this: John Travolta cannot sing. No passion, can’t hit any notes, he sounds horrible. He always sounds horrible, even in Grease where he’s given better music and paired with a better singer in Olivia Newton-John. Wouldn’t be the last time Travolta would be in shit. 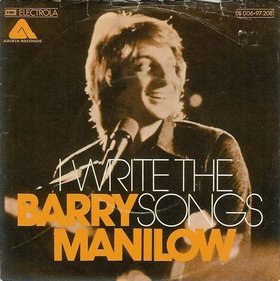 I have nothing against Barry Manilow. His music isn’t exactly my cup of tea, but he’s much better than his easy-listening contemporaries. He’s goofy and corny, but charming. Well, none of that is present in I Write The Songs. Just… why? The song is based on a really stupid premise: he wrote all the songs that have ever existed. He wrote the very first song and the last. He inspired all music. He is music himself. Get. The fuck. Out of here. Barry Manilow isn’t good at pulling off ego and arrogance, songs like Mandy are more his lane. I know that the “I” in the song is referring to music, but it’s still an arrogant thing to claim to be the personification of music. To be fair, Manilow didn’t write this song, Bruce Johnston of the Beach Boys did. And it was originally recorded by Captain & Tenille. It seems like a black cloud followed the Beach Boys in the 70s. There’s also this quote from Wikipedia.

Johnston has stated that, for him, the “I” in the song is God, and that songs come from the spirit of creativity in all of us.

Here’s the first of three novelty songs on this list. Larry Groce scores his only hit with Junk Food Junkie. This is a song about a guy who boasts about living and eating healthy, but secretly stuffs his mouth with junk food at night when no one’s looking. It’s stupid and unfunny. You have hokey country instrumentation along with a studio audience in order to make the jokes appear funnier than they actually are. And there’s also some obvious product placement in the song, mentioning Twinkies, Moon Pies, Dr. Pepper, Pringles, etc. I hope those food companies got paid good money for that advertising. This is Foodfight, The Song and it should remain forgotten as the embarrassment it is. Speaking of embarrassements… 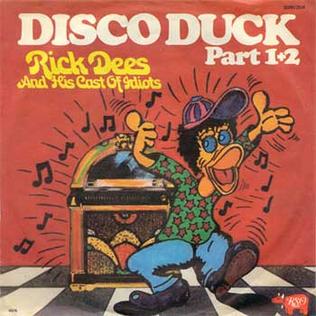 I… I don’t think I need to say anything else. I could just say Disco Duck and you’ll know what’s wrong with this song. But that’s not good enough. Let’s talk about the song itself. To say disco blew up in the late 70s would be an understatement and it was so big that they started making novelty songs and radio DJ Rick Dees made… this. I was expecting to hear a joke from this song and got nothing but a bootleg disco beat and a low-rate Donald Duck voice that gets annoying as the song goes on. I wonder what the real Donald Duck feels about this.

This is one of the more infamous bad songs to come out of the decade as every worst songs list pertaining to the 70s mentions it. It is bad, but there’s other songs that are worse.

Why does this exist? I’ll answer that question even though it was rhetorical. Because people were obsessed with truckers at the time, using CB radios and CB slang. The 70s were weird. Anywho, Convoy is a song written by William Fries Jr., who started off writing for bread advertisements. Seriously. C.W. McCall is a character created for those ads and then, for some reason, Fries used that character to make country songs. Convoy is a mess of silly country instrumentation and use of CB slang that will sound like complete gibberish if you’re not familiar with CB slang. From what little I understood, the song is about a bunch of truckers going on a road trip across the U.S. to escape the cops. Why are they on the run from the law, we don’t know. Whatever the case, this song is a lame mess. 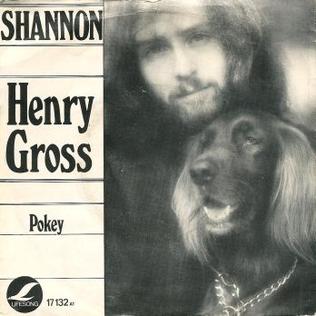 And here’s the worst thing associated with the Beach Boys, which goes to prove that they were responsible for some of the worst that ’76 had to offer. Henry Gross, of Sha Na Na fame, was friends with Carl Wilson. His biggest (and only) hit was written as a tribute to Carl’s deceased Irish setter named Shannon. Look, I love dogs as much as the next person and would get teary-eyed at the thought of a dead dog, but this is some emotional manipulation right here. The most obvious flaw of the song is Henry Gross’ singing. Dear Christ, that falsetto on the chorus. Hearing that note would make any dog wish they would die. Add in some acoustic guitar instrumentation and you have one of the sappiest songs ever made. One good thing came from this song: we got one of the most glorious rants from Casey Kasem. 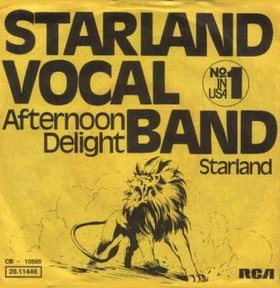 Ladies and gentlemen, we’ve reached a big one. A song that a lot of music heads have agreed was terrible back then and terrible now. This is the Marvin Gaye of the 70s (the song, not the singer). Starland Vocal Band’s Afternoon Delight. Not only was this a number one hit, but it won them Grammys and they had their own TV show. What was in the water during that time? Where to even start? First things first, this is a song about boning in the afternoon. Seriously. You’d have to be the most dense motherfucker in the world to not catch that. But listening to this without paying attention to the lyrics, would you honestly tell that this was a song about sex? No. This shit is so sanitized that I bet the people who wrote this song have no comprehension of the idea of sex itself. The fact that they went out their way to make the instrumentation and vocals sound mind-numbingly innocent shows how tone-deaf they were at making a sex song. Atmosphere is key to making these songs work. To show you what I mean, here’s Barry White.

You hear the difference? THAT is perfect for sex. Afternoon Delight? Unless badly-made folky soft rock turns you on, chances are you’re going in dry. This was obviously made for prudes who come from a strictly-religious background and are afraid of looking at their own or other people’s genitals. “Congratulations” to Afternoon Delight for being the worst song of 1976.