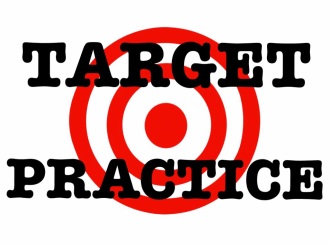 Welcome to Target Practice where bad popular songs of the past and present get shot. I’ve talked about how much of a dumpster fire 2009 was in pop music. The sad thing about doing a Worst list for that year was that there were some songs that I wanted to talk about, but was unable to because there was only 10 spots available. Fortunately, I’ll run into some of those songs when I do the Hot Rap Songs Review of 2009 eventually and I have a few Target Practices saved up for others like the one we’re doing today, which comes from Mario. Featuring Gucci Mane and Sean Garrett and produced by Bangladesh, this is Break Up. 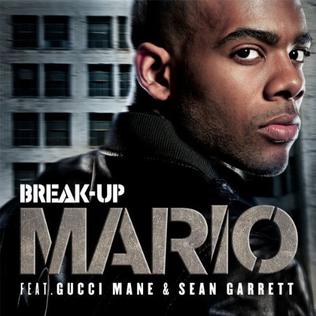 Going by this intro and chorus, Mario is wondering why would his girl want to break up with him since, as he implies, he fucks her so good. You know that sex isn’t the only reason to stay in a relationship, right? Just saying. Now we move on to Gucci Mane. This will be… something.

Now baby girl have dumped me
She no longer wants me
I’m no longer hired
She says that I’ve been fired
On to the next one
More fish in the sea
Girls are like buses
Miss one, Next 15 one comin’

We get it, dude. She dumped you. No need to over-explain with the metaphors.

Gucci Mane crazy and his ice game stunnin’
Swag so stupid still the bitch straight dumped me
Over, no more smokin’ doja
Baby girl went AWOL
She used to be my soulja

And all of that ice wasn’t enough to keep her. Isn’t it ironic, don’t you think? Back to Mario.

Look back at about everything I said. They all apply here.

Making you them promises
Then breaking you’re heart again
Telling you she wasn’t, who she was
Then we arguing, but baby (I love you)

And now we know why y’all broke up: because you couldn’t keep it in your pants when around other girls. Why should we sympathize with you again?

You might be from the hood
But to me girl you’re a model,
Everything that I-I-I ever seen in a model,
If you’re leaving baby, don’t leave me till tomorrow
Tonight we gon’ get a little tipsy, with a bottle.

I bet you say that to all the girls you meet.

I know I made mistakes before,
Promise you won’t get hurt no more,
I got what you like and you know
Once you lay down, It’s on.

Yeah, baby. I promise I’ve changed. I’m only dedicating myself to one woman: you. Oops. I stuck my dick in another woman. Please forgive me. Where are you going?

Why you wanna leave me,
You should wanna tease me,
Icing ain’t easy, I make it look easy,
You should cop your belly
Mention rock Louis?
Now its for shawty?
I don’t like Gucci (Gucci, Gucci, Gucci)

This song is an unfaithful disaster. Here, we’re presented with a bunch of dudes who cheated on their significant other and in their attempts to persuade them to stay, brings up their sex game like that’s the only thing that’ll keep them together. It’s gross and selfish on these dudes’ part and no woman should go along with this. Just as bad is the production, where Bangladesh copy-pasted the same drum pattern from A Milli and Diva and paired it with repetitive lifeless synths and overwhelming bass. Mario sucked, Gucci Mane sucked, and Sean Garrett was just a waste of time. This isn’t just a bad break-up song, but it’s a bad song period. Next Target Practice, we look at a song from KISS.