I think it’s safe to say that 1962 is the weakest year for 60s pop music, which is saying something when you compare it to 1960 and 1961. The most notable thing about this time period is that for a time, the public were obsessed with the Twist to the point where Chubby Checker’s signature hit re-charted. About 1/10th of the songs on this YE list either has the word “twist” in it or mentions the twist in some way. People were just twisting across the USA. Let’s start the list.

We start off with a slow doo-wop number. More specifically, Ronnie & The Hi-Lites with I Wish That We Were Married. The group is lead by a 14 year old Ronnie Goodson who isn’t ready to sit at the adults table. As you can see from the title, this song is Ronnie wanting to be married. Now I know he was 14 at the time the song was released, but he’s being naive when it comes to the idea of marriage. It takes a lot of commitment and compromise that I’m not sure this kid is ready for. Wanting to stay together forever isn’t enough. 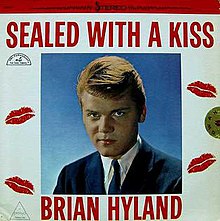 And we’re back to Brian Hyland, the dude behind Itsy Bitsy Teenie Weenie Yellow Polka Dot Bikini. While that song is interestingly bad, Sealed With A Kiss is the opposite extreme where it’s bad in the most boring way possible. This is a cover to the 1960 song of the same title by the Four Voices. In the song itself, a guy promises to write letters to his girl through the summer that’s sealed with a kiss, whatever that means. My main issue with this song is in the sound. The instrumentation is pretty much a reflection of the most sleep-inducing parts of the 60s. It sounds like a friggin’ lullaby. One of the Isley Brothers’ earliest hits was Shout and it’s a classic guaranteed to get you moving on your feet. Then the guys behind Peppermint Twist, Joey Dee & The Starliters, did a cover and became a bigger hit. And it’s as whitewashed as you can imagine. Instead of the stomping gospel-esque sound that the Isley Brothers brought, Joey Dee & The Starliters replaced it with a horribly-mixed mess that fails to match the energy of the original. Seriously, the mixing of this track is horrible. It’s like they were just bashing their instruments to sound hype when it isn’t. I don’t even need to tell you to skip this one and listen to the original, do I? 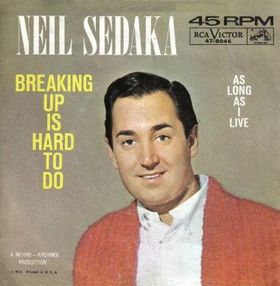 Time to finally talk about Neil Sedaka, one of the blandest artists in existence who managed to have a good number of hits under his belt. One of those hits is Breaking Up Is Hard To Do. On a writing scale, it’s a generic break up song where Sedaka wants the girl to stay with him. There’s also the upbeat music, which contradicts the content in terms of tone. I wouldn’t have a problem with this if the music was at least good, but it wasn’t. It was that safe pseudo-doo-wop that was flooding the airwaves at the time. There’s also this:

Comma, comma, down dooby doo down

It repeats throughout most of the song and it gets annoying. Sedaka re-recorded Breaking Up Is Hard To Do as a ballad in 1975 and that also became a hit. As you can guess, both versions suck for different reasons.

In my last list, I mentioned that The Highwaymen did a cover to a song called Cotton Fields. Well, here’s that exact song and we’re gonna talk about it. Originally, this was a song by blues musician Lead Belly recorded in 1940 about working in the cotton fields. This might or might not have took place during slavery times, I wouldn’t be surprised if it did. Anyways, the Highwaymen covered this song and made it a slow acoustic guitar song that might as well be background music. Also, you expect me to believe that these dudes…

… know what working in cotton fields is like? Not saying you can’t do a song about other people’s experiences, but for goodness sake, look at them. They look like country club prep boys whose rich parents bought their way to college. I take that back because I’m just being an asshole, but their version of Cotton Fields still suck. Remember Eddie Hodges with the annoying voice? Well, here he is making his second consecutive appearance on a list like this with (Girls, Girls, Girls) Made To Love. I was planning on doing a Target Practice on this song, but I think now is the perfect time to tear into it. Written by Phil Everly of the Everly Brothers, this song is a father talking to his son and giving him advice about girls and it reeks of sexism. Girls were made to love? You do know they’re human, right? Not objects custom-made for you. If this kid really took his father’s advice, it’s not going to end well for him. This is the makings of a future MRA or incel. 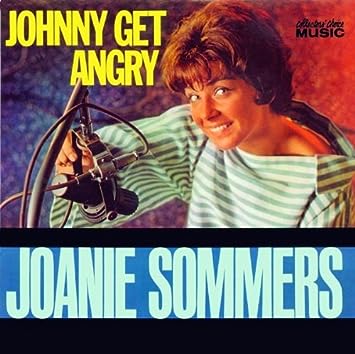 And we move from one song with disturbing context to another. This is Johnny Get Angry by Joanie Sommers. Looking at the title, I thought this was going to be about an impulsive man child who can’t keep his temper in check, but it wasn’t. Instead, we get a song about a guy who’s a complete pushover dating a girl who wants him to be more aggressive by constantly testing him and pushing his buttons. It reminds me a bit of Dear Future Husband as they both push toxic gender roles. In this case, where the manly man is in charge of everything while the woman doesn’t talk back while she’s fixing him a sandwich. It mistakes submissiveness for love, which it isn’t. Well, this was released in 1962 and by that point, the 50s technically didn’t end. Still doesn’t make this song less horrible.

Pat Boone did a song named after Speedy Gonzales. A Looney Tunes character who may or may not be a racial stereotype of Mexicans depending on who you ask. Fuck. Well, here’s Speedy Gonzales, a song originally made by David Dante in 1961. Because ruining black music wasn’t good enough, Pat Boone thought the next logical step is shitting on a Mexican cultural icon. And he did so with a smile on his face while going through many bottom-of-the-barrel stereotypes associated with Mexicans. And he got help from Robin Ward, the annoying female voice who sings “la-la-la-la-la” and doesn’t have a Mexican bone in her body, and Mel Blanc doing the Speedy Gonzales voice. You read that right. Mel Blanc, one of the greatest voice actors to have ever lived. What did they bribe him with to get him on this record? This song is an insult to Mexicans, our ears, and most importantly, the character it’s named after. At least this is the last hit Pat Boone will ever have, so we can rest on that at least. 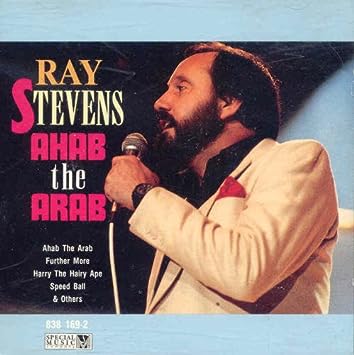 Ahab The Arab. This is a real song. And Arab is pronounced AY-RAB because it rhymes with Ahab. And this crime against humanity comes from our old friend Ray Stevens. *sigh* The overall joke in Ahab The Arab goes like this: Arabian people are weird and talk funny. The music actually used stock Arabian-sounding music because why the fuck not. Every stereotype of Arabian people you can think of, it’s in this song. Hell, Ray Stevens even does the gibberish fake Arabian talk and all I could do is just sink in my chair with embarrassment. This shit is not funny at all, it’s shameful. This is the mindset of someone whose only exposure to Arabian culture was through Aladdin (I know this came out before the movie, but don’t ruin the joke). This and the previous song are so racist, Donald Trump called them the best songs he’s ever heard. And there’s only one song that’s worse. That’s concerning.

Initially, I was struggling to choose the number one spot for this list between Speedy Gonzales and Ahab The Arab. But they both cancelled each other out and one song reigned at the top, Patches by Dickey Lee. So how could this be worse than two songs that are filled with racism? Well, for one, the music is lifeless and limp, generating a cold, emotionless feeling. But this is contradicted by the other thing: this is a teen tragedy song in the same vein as Moody River. The story of the song goes like this: a guy from a well-off family falls in love with a girl named Patches from the poor side of town, but his parents forbid him from going out with Patches, so he doesn’t pursue a date with her. As a result, she commits suicide because she thought he didn’t love her. When he finds out the news of her death, how does he react?

Patches, oh what can I do
I swear I’ll always love you
It may not be right
But I’ll join you tonight
Patches I’m coming to you

Where do I begin? First off, I refuse to believe that this teenage boy didn’t rebel against his parents when they told him not to go out with Patches. He just says, “okay,” which removes any conflict in the story. Also, let’s talk about the elephant in the room: HE’S GONNA KILL HIMSELF IN ORDER TO BE WITH THIS GIRL!! I… I am baffled right now. This is horrible. This is one of the worst messages you could’ve ever left in a song. People, this isn’t cool. No person is worth killing yourself over, no matter who they are. That will only cause more damage in the long run. This, in a nutshell, is what makes this song worse than the previous two because of the way it fumbles its message and ends up having horrifying implications when you think about them. Congratulations to Patches for being the worst song of 1962.