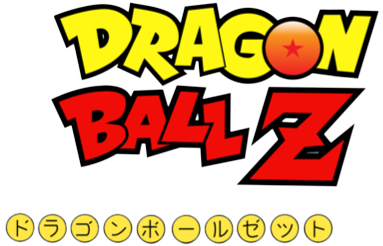 Welcome to the first Anime Review, where I talk about anime that I’ve watched. I had planned to do something like this for a while, but I didn’t know how to execute it. Well, here it is. I want to start by talking about my introduction to anime: like most 90s babies, it was through shows like Pokemon, Digimon, and Yu-Gi-Oh!. Then, my big brother introduced me to a series that became a gateway for me to be an anime fan, Dragon Ball Z. I would tune in to Toonami in order to catch the series and would imitate the fight moves with my brother. Dragon Ball was the brain child of Akira Toriyama and ran as a manga from 1984 to 1995 and was about the adventures of Goku and his friends as they train in martial arts and search for the mystical Dragon Balls, which can grant any wish you want. It started off as a goofy comedy series, but later on, became more action-oriented. The first anime adaptation, Dragon Ball, aired from 1986 to 1989 in Japan and is more comedic in tone. Its sequel not only differs in tone, but it surpasses it in popularity and it’s the subject to today’s post. This is Dragon Ball Z.

The series starts off five years after the events of the original Dragon Ball in the Saiyan Saga. Goku is now a husband and a father and he’s still training everyday to be the strongest int he universe when a series of bad guys show up and start trouble in every saga. Right off the top, the show does work on a formula, but that formula works and is the reason why people got so invested in the show. It took its time a lot at points, but the payoff is worth the wait because you’ll get some really cool moments. It also took risks like killing off major characters more than once. I’m pretty sure Goku either dies, is dying, or is dead in every major saga of the series. And each saga brought at least one new element to the series that keeps it interesting, although certain elements became irrelevant by the end like power levels and scouters. Then again, it also gave us the glorious “IT’S OVER 9000” meme.

It’s one thing to have a good story, but characters are just as important and I believe Dragon Ball Z has great characters. There’s a lot of characters, so I’ll be focusing on the major players. Goku is pretty much a legend. A carefree Saiyan who’s all about training and fighting strong opponents who’ll protect his friends and loved ones. But I wouldn’t call him the best character in the show. Don’t get me wrong, Goku will always remain the GOAT, but in terms of character development, others have him beat. One of them is Piccolo, a Namekian who goes from being Goku’s enemy in the original Dragon Ball to his ally and a surrogate father figure for Gohan (who we’ll get to). There’s a reoccurring joke in the DBZ community that says that Piccolo is more of a father to Gohan than Goku is and it’s always funny to me. There’s also Vegeta, the Prince of all Saiyans. One of the best examples of a villain who makes a heel-face turn to being a sorta-hero. He was an evil bastard, but throughout the series, his motives have changed and he’s become a husband and a father who’s willing to make a selfless sacrifice for his loved ones. Still, he’s driven by his desire to surpass Goku in sheer strength and power. The character that went through the most change through the series is Goku’s son, Gohan. We see him grow up through the series, going from a toddler who didn’t look like much to a stone-cold badass by the time he was a teenager. Him defeating Cell was one of the highlights of the entire series and the feeling of seeing that was like watching your own child grow up and go to college. Fun fact: originally, Gohan was supposed to take over as the main protagonist of the series and Goku was supposed to stay dead, but Toriyama changed his mind and Goku was brought back.

And then there’s the villains. Sympathetic villains are great and all, but that doesn’t mean you can’t have villains who are just plain evil and the villains in DBZ are plain evil. Frieza, the Androids, Cell, Majin Buu, etc. Frieza is evil incarnate. He enjoys inflicting pain upon others and he’s also the catalyst for a lot of what happens in the series. He was responsible for the destruction of Planet Vegeta and nearly wiping out the Saiyan population. The Androids are cold, heartless machines (with the exception of one) designed to destroy Goku. By the final Saga, one of them, No. 18, does a heel-face turn and joins the Z-Fighters. Cell has cool designs for all of his transformations and was a legit threat to everything. Majin Buu is a force of destruction, but you wouldn’t think that with his innocent, child-like appearance. Each of them present a threat to our heroes and the rest of the universe.

The story isn’t the strongest part of Dragon Ball Z. No, that goes to the action. The action is the main reason to watch this series. It moves at a really fast pace and there are major stakes behind every battle. Be prepared for a lot of screaming and characters staring each other down, though. That happens a lot to the point where parodies have been made. Every saga gives us multiple memorable moments. In the Saiyan Saga, a lot of characters died and we find out Goku’s true origins as a Saiyan. In the Frieza Saga, Goku went Super Saiyan for the first time and it was bone-chilling. Even Frieza was shitting himself when he witnessed it. Speaking of the Frieza Saga, as awesome as the fight between Goku and Frieza was, it went on for WAY too long. Even though Namek was supposed to blow up in 5 minutes, the battle went on for hours. After that saga, we’re introduced to Trunks, the son of Vegeta and Bulma who came from the future to warn the Z-Fighters about an apocalyptic future caused by the Androids. And in that same saga, we see the culmination of Gohan’s growth as he goes Super Saiyan 2 against Cell. At that point, Gohan was officially MVP-worthy until he got nerfed in the next saga. In the Buu Saga, Vegeta turns evil again and fights Goku once again. Wanna know something funny? In spite of Goku’s immense power over Vegeta, in both times these two have fought, Vegeta won every time. The first time, while as a Great Ape, Vegeta crushed Goku’s body to the point where he was unable to move. And the second fight ended with Vegeta knocking Goku out in order to fight Majin Buu. In that battle, he sacrificed himself to destroy Buu once and for all and he said he did it for his family and Goku. There’s also Goku going Super Saiyan 3, which must have been exhausting to act out. Fun fact: Sean Schemmel, Goku’s English voice actor, nearly passed out when he did this part. I’m not someone who cares about the whole “subs vs dubs” war as I’ll watch both, but in the case of DBZ, the dub is superior. Much respect to Masako Nozawa, Goku’s Japanese voice actor, but I can’t get over Goku’s Japanese voice. It’s like a screeching cat every time he screams and it does not fit him at all. Over time, as I watch Dragon Ball Super (which we’ll get to some other time), I’ve gotten used to it, but not fully. This is just my opinion.

And that’s Dragon Ball Z. Is it the best anime of all time? No. It is silly and it does drag in certain parts, but the series is a lot of fun to watch if you want to see cool action and it has aged pretty well for the most part. It’s the forefather of all shonen since a lot of shonen series (especially those originating from Shonen Jump) after this would be either be influenced or inspired by DBZ in some way or form. If you’ve never seen the series at full, I’d recommend watching Dragon Ball Z: Kai. It’s the same thing as DBZ, but remastered, cut shorter, and has no filler. If you want the full experience, then go find the original series however way you can. Or watch Dragon Ball Z Abridged by Team Four Star. That shit is hilarious. Next time, we’ll look at Kill la Kill.