Welcome to Target Practice where bad popular songs of the past and present get shot. Let’s talk about KISS. I knew about this band before I even heard their music. The eye-catching makeup and outfits, the over-the-top theatrics of their live shows, the fact that they put their faces on every goddamn thing. They’re pop culture icons who became huge because they knew how to market themselves. Any piece of merchandising you can think of, they did it: comics, toys, trading cards, video games, hell, they even have condoms and a casket. Then I heard their music and what I got out of them was that they were… okay. Just an okay band. Don’t get me wrong, they have a couple of songs that are good like Rock And Roll All Nite, Love Gun, and Detroit Rock City, but then they also have songs like Beth and I Was Made For Lovin’ You, which were not good. And they have other songs that were just okay. I don’t know about you, but if you take away the theatrics and the marketing, KISS seems like just another basic rock band. Maybe I’m missing something. I would like to hear from rockheads what they think of KISS. Anyways, today’s Target Practice is one of the hits from their 1977 album Love Gun. This is Christine Sixteen.

She’s got me dizzy, she sees me through to the end
She’s got me in her hands and there’s no use in pretending

So we’re doing this again, huh? Another song preying on underage girls. I’m fully aware that the age of consent is different in other states and countries, but a grown man preying on a much younger woman is still icky regardless of the law. And I don’t like how this became a thing in the rock community back in those days (looking at you, Jimmy Page).

She drives me crazy, I want to give her all I’ve got
And she’s hot every day and night, there is no doubt about it

I’m pretty sure this will be the next thing you’ll hear after saying what you said.

Random note: I bet 6ix9ine has this song on his playlist. He could relate to it.

Grown men looking at high schools girls coming out after a day in school. Yeah, that’s not suspicious at all.

She’s been around, but she’s young and clean
I’ve got to have her, can’t live without her, whoa no 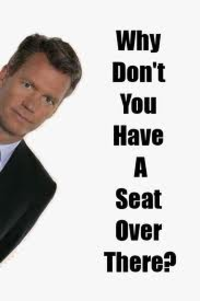 This song is… no. Just… no. No amount of upbeat rock instrumentation could save this song from its subject matter. There’s no way in hell you can make falling in love with underaged girls appealing. It’s creepy and wrong on every conceivable level. I know this post is short, but really, what else could be said about this? Targeting underage girls is not okay. I don’t know how many times this needs to be said, but here we are. Easily one of KISS’ worst songs, even worse than Beth or I Was Made For Lovin’ You. Next Target Practice, we look at a song from Bebe Rexha.