Outside of Batman, Spider-Man has one of the best-known rogues gallery out of any superhero. I guarantee you people who don’t read comics can name at least five Spider-Man villains and I can also guarantee you that one of those villains is Venom. Backstory: during the 80s comic event Secret Wars, Spidey’s suit was damaged and he got a new sleek black suit that makes him stronger, but it also affected his mind. The suit is actually a symbiotic alien life form that bonds with other sentient beings in order to survive. Spider-Man gets rid of the symbiote, which finds a new host in Eddie Brock and they turn into Venom. They know Spider-Man’s secret identity and are dedicated to making his life a living hell. Venom became so popular that he got hit own comic series and has been portrayed as an anti-hero and a hero. His first film appearance was Spider-Man 3 where he was portrayed by Topher Grace, who was so horribly miscasted. Sony has been working on making a Venom movie for years and now, it’s finally here. Critics have been tearing this movie apart like it was nothing. So what do I think of it? Well, let’s find out. This is Venom.

Eddie Brock is a journalist who’s investigating the Life Foundation where people have died in experiments. Then, Brock winds up getting possessed by an alien symbiote that the company have been holding, which gives him powers, but is cannibalistic in nature. Now he’s on the run from the Life Foundation and another symbiote. I’ve read a couple of reviews that compared it to Halle Berry’s Catwoman and while this movie isn’t as bad as Catwoman, I can sort of understand where they’re coming from. Think about it: a movie based on an enemy of a popular superhero who’s rewritten to be the good guy. Hell, it even has some of the same plot beats. Also, the writing has the same clumsiness and awkwardness as a lot of early 2000s comic book movies. It was somewhat okay-ish in the first half, but by the time Brock got the Venom symbiote, it went off the rails. I wasn’t exactly happy that they were doing this movie and not have Spider-Man involved in it at all, but it was for the best because Spidey would be so out of place in a story like this. 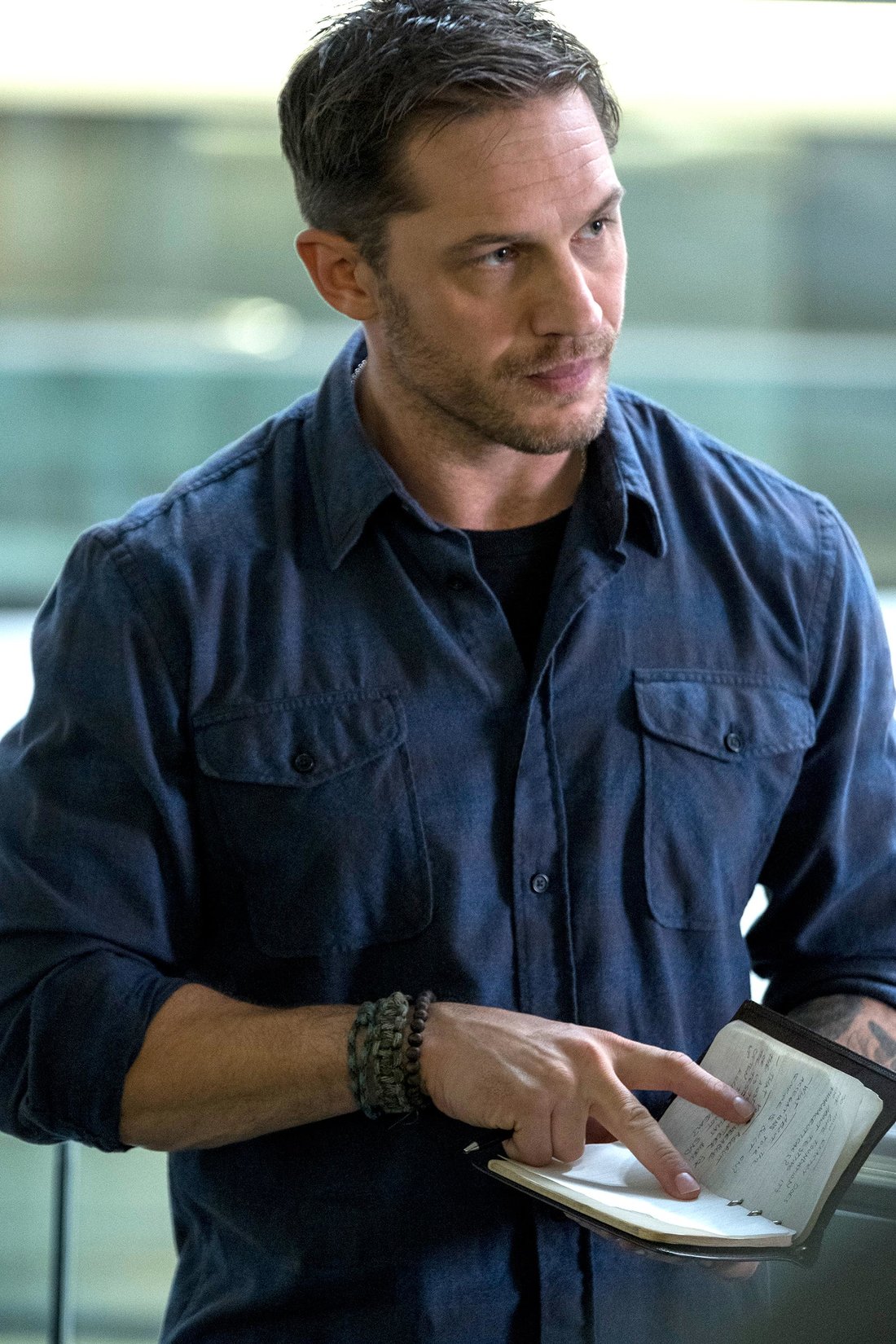 One of the best parts of the movie is Tom Hardy as Eddie Brock. Easily better than Topher Grace. Because this movie has no connection to Spider-Man, this version of Eddie Brock isn’t the douchebag jock who has a hatred for both Peter Parker and Spider-Man. Also, when fully suited, the Venom design is pretty much the comic book-accurate look, except with white veins instead of the white spider symbol. At first, I was thrown off by his American accent, but I got used to it. Plus, I like the relationship between Eddie and the Venom symbiote and how much of an odd couple they are. Sadly, the rest of the characters aren’t that interesting. It’s not that the actors are bad, but the material that they’re given doesn’t give them much to work with. Michelle Williams plays the love interest and she’s honestly bland. She breaks up with Eddie after his actions resulted in her losing her job as an attorney and she’s dating a doctor. 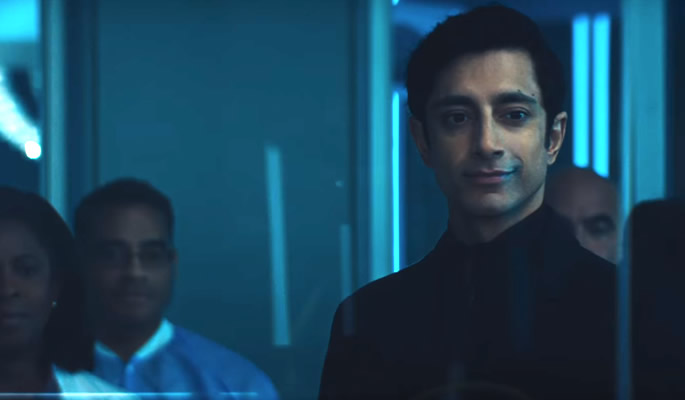 And then there’s our villain, Carlton Drake, played by Riz Ahmed. He’s the CEO of the Life Foundation and with the discovery of the symbiotes, he goes from a typical CEO who wants to change the world into a mustache-twirling Saturday morning cartoon bad guy who doesn’t care about humanity and wants to become one with the symbiotes. He gets a symbiote called Riot, who’s dark grey with red or pink veins. Why couldn’t you have used Carnage instead? More people know who Carnage is than Riot.

Boy, this movie is a mess. I don’t even know where to begin. Okay, let’s start with the CGI. Most of it looks bad. I know making alien goop look real is a challenge, but they could’ve done a much better job. There’s humor in the movie and funny enough, the jokes that got the most laughs out of me were more unintentional than intentional. Maybe it’s because of how bad the script was written that it got some laughs. I actually laughed the hardest at one point where Eddie Brock is at the top floor of a skyscraper and Venom is urging him to jump, but then it cuts to him taking the elevator and Venom says “pussy.” The action doesn’t do much for me, it’s pretty standard for a comic book movie. The chase scene went on for too long and got repetitive, though it was cool to see the things the symbiote can do. The final battle is a incomprehensible mess since you got two alien symbiotes clashing, one black and one grey, at night, so it’s hard to tell who’s who at times. Also, is it me or do a lot of comic book movies have final battles take place at night? There was speculation that this movie was going to be rated R, but Sony decided to go for a PG-13 rating to bring in more general audiences and it is pretty obvious. There’s scenes where Venom is biting off people’s heads and there is little to no blood shown. Kinda handicaps the movie right there, going against the whole “anti-hero” thing they were building up in the trailers. There’s a mid-credits scene that teases a sequel with Carnage and they showed Woody Harrelson as serial killer Cletus Kasady, who’s wearing the worst Ronald McDonald wig you could’ve ever found. If they do a sequel, I hope he doesn’t have that awful wig.

I give Venom a 3/10. The writing is bad, the tone is all over the place, the direction is nonexistent, the characters outside of Eddie Brock and Venom were generic, the action didn’t impress, and the movie as a whole feels like a corporate creation. Yet I found myself enjoying it a little bit. I know it doesn’t make sense, but for me, it’s one of those so-bad-it’s-good movies where the sheer incompetence of it all is just fascinating to me, like a car crash in slow motion. Sony is hoping that this movie would be the start of their own Marvel Universe revolving around Spider-Man characters. Because that worked out so well with Amazing Spider-Man 2. Never change, Sony. Just keep making the same mistakes over and over again. Oh, well. I’m hoping Into The Spider-Verse is good. Chances are it most likely will be.

One thought on “Venom Review”