There’s something about being able to witness greatness in the making that makes you feel some type of way. Like, you were there when it was starting to grow and then to see more people embrace it as time goes by. I mentioned this because of the subject matter of this post. My Hero Academia (or Boku No Hero Academia) is an extremely popular manga series of the same name by Kohei Horikoshi, which debuted in 2014 and is still ongoing to this day. It was eventually adapted to an even more popular anime series thanks to Bones, the studio that gave us Soul Eater, Eureka Seven, and both adaptations of Fullmetal Alchemist. I’m very excited to talk about this series because I can’t get enough of it and I hope you all get to enjoy it as well if you haven’t seen it already. So let’s not waste anytime. This is My Hero Academia.

In a world where most people have superpowers, known as Quirks, and being a hero is a popular profession, Izuku Midoriya aspires to become the world’s greatest hero. But that dream seems out of reach since he doesn’t have a Quirk. One day, he meets his idol All Might, who gives him his One For All Quirk after witnessing his bravery. Midoriya then enrolls in U.A. High School, makes friends, and works relentlessly to both master his newly-given power and be the number one hero in the world. Anime AND superheroes? You already know that I’m down for this. Horikoshi is a big superhero fan and it’s clear as day with this series, taking the superhero aesthetic and applying it to a shonen series. Also, I’m getting some major Naruto vibes from this series, which makes sense since Horikoshi stated that he was inspired by Naruto when making the series. It hits a lot of the same emotional and storytelling beats while doing its own thing.

Izuku Midoriya, a.k.a. Deku, is the main protagonist of this story. A hero fanboy who’s very observant, knowledgable, and anxious. He’s one of the few people in the world who was born without a Quirk, which means his dream of being a hero is out of reach. Then he’s given the One For All Quirk by the hero he looks up to the most, All Might, and now, he’s able to accomplish his dreams with the added challenge of making One For All his own Quirk. Initially in the first season and half of the second, every time he uses his Quirk, Deku would wind up damaging himself, so he only applies a certain percentage of his strength in order to use said power. All Might is the number one hero in the world of My Hero Academia and he’s pretty much the Japanese equivalent of Superman. Hell, I dare say he’s a better representation of Superman than the entirety of the DCEU.

Anyways, he just embodies being a great hero, always smiling while saving the day and assuring people not to be afraid because he’s here. He is the Symbol Of Peace. And then you find out the truth that due to the damage he has received through past battles, All Might has weakened and he can’t maintain his muscular form for long, leaving his real form looking like an emaciated corpse. I really like the relationship between Deku and All Might and how it progresses through the series, going from fanboy and idol to apprentice and mentor to even something father-and-son-like. They both have their struggles and are willing to overcome them together. All Might sees Deku as someone who can carry the torch of One For All and take his place as the Symbol Of Peace. 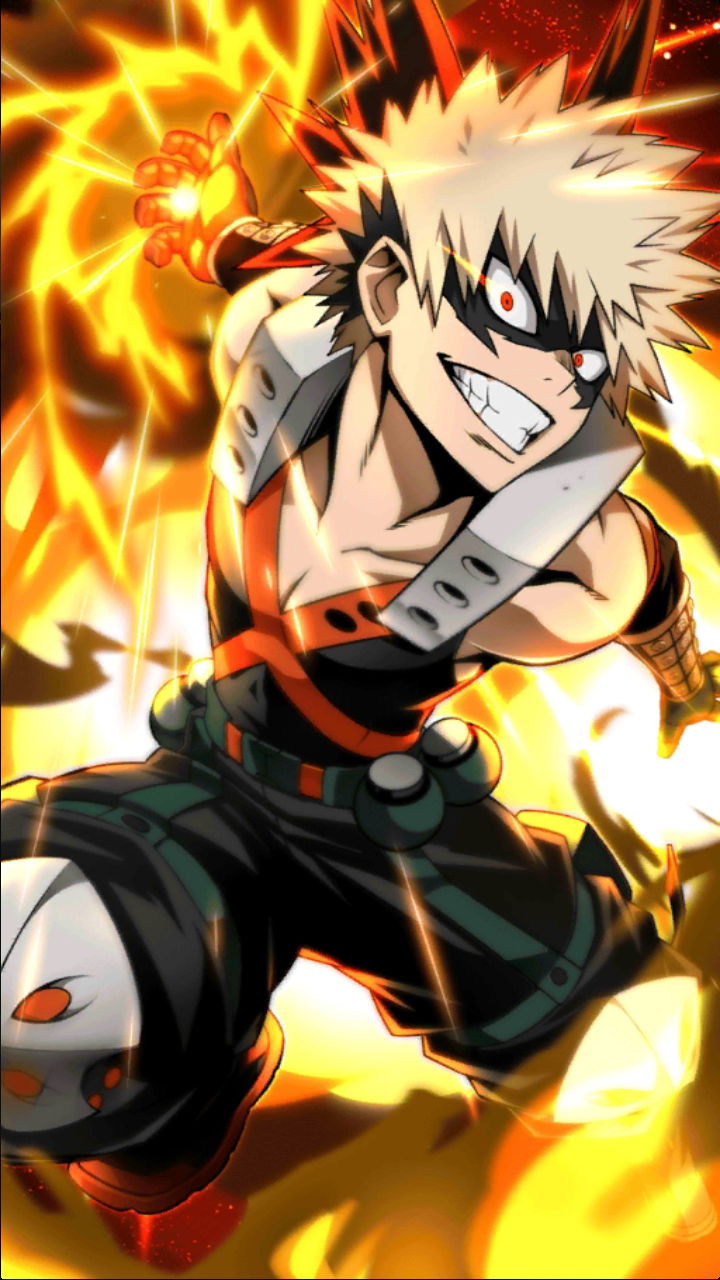 Because it’s a shonen, we need a rival and Deku has one in Katsuki Bakugo, a childhood “friend” who’s self-centered, aggressive, and quick to anger. I don’t know why Deku would associate himself with Bakugo, especially with how much he treated him like shit and putting him down. Hell, he’s hostile to nearly anyone who crosses his path. Even when Deku gets a Quirk and has progressed himself, Bakugo is still an asshole. Despite his… well, undesirable personality, the dude is smarter than you think, especially when it comes to strategizing in battle. You wouldn’t want to be this guy’s opponent regardless. There’s other characters in the series like Uraraka, one of Deku’s closest friends while attending U.A. and best girl (don’t @ me), Todoroki, the Japanese version of Zuko who has fire and ice abilities, Iida, the class president, Aizawa, their teacher, and a slew of other characters. As for the villains? I do feel like they’re a bit underdeveloped, but that’s not a major issue since the series is still ongoing, so there’s still time for more development. 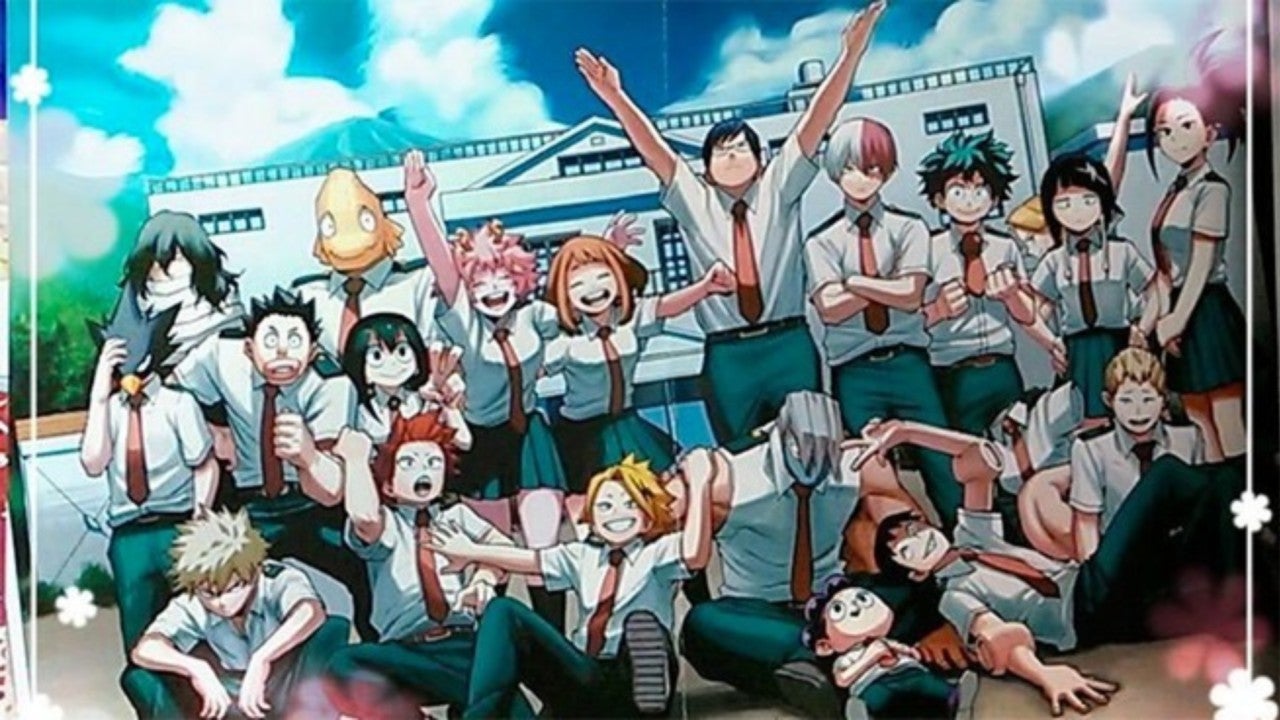 My Hero Academia is one of my favorite anime in terms of a lot of things and one of them is the overall look. Many of the characters have a unique visual design to them and just as unique is their Quirks and how they utilize them. And I also like how they explain that these Quirks also have a drawback, something you don’t see in a lot of superhero stories. Bones is probably one of the best anime studios out there because they delivered some of the best animation in recent times. Just look at the fight scenes and how fluid they are. It’s damn near movie-level quality. What makes a great fight isn’t just the moves used or how much damage one opponent does to the other, but it’s the emotions and stakes behind them and Horikoshi understood that because a lot of fights in this series have some meaning to them in terms of the characters’ motivations. And they’re made better by the soundtrack. Holy shit, does this anime have great music. It’s like an adrenaline shot to the heart every single time. Seriously, how can you not get hyped by this?

And it’s not just the backing music, but the opening songs are also hype as fuck. My two favorites are Peace Sign from season 2 to Odd Future from season 3. Odd Future is still my shit. The ending songs are cool as well. Okay, let’s get into the seasons. In the first season, we’re introduced to the main characters and all of Class 1-A as they’re training to be heroes until they’re attacked by the League Of Villains. They unleashed a creature called a Nomu, which was designed to face All Might. All Might shows up and defeats the Nomu, forcing the League Of Villains to retreat. The second season has three major story arcs; the first is a tournament arc in the U.A. Sports Festival where our heroes-in-training show off what they got. We get a lot of new information, especially around All Might and One For All and Todoroki’s past. After that arc, we then go into another one involving the Hero Killer Stain, who attacks pro Heroes who he believes are unworthy of being heroes with All Might being an exception. He’s then confronted by Iida, Deku, and Todoroki. After that arc is the final one of the series where Class 1-A take their final exams, where two of the students go up against a pro hero. In the aftermath of that is the start of the third season where Class 1-A go to training camp during the summer and they’re attacked by the League Of Villains… again. Seriously, U.A. has the worst security ever if villains keep attacking. Anyways, this time around, the villains capture Bakugo and try to convince him to join their cause. At this point, you’d think they would pull a Sasuke on us, where the rival of our protagonist becomes a borderline villain just like Sasuke did in Naruto. But Bakugo tells the villains to shove it (that’s not what he really said, but he might as well) and is ready to beat them off (pause). At that point, the pro heroes pull off a rescue mission and it’s initially successful until we meet the guy behind the League Of Villains and All Might’s arch-nemesis, All For One.

Bruh, this is one intimidating dude and he makes one hell of an entrance, wiping out an entire neighborhood block. He has the ability to steal other people’s Quirks and make them his own or give them to other people. He’s not just powerful, but he also knows how to mentally manipulate people and he knows how to get under All Might’s skin. Speaking of which, the battle between those two is the best fight throughout the series so far. It was like watching Superman fight Lex Luthor who managed to gain Doomsday’s powers. It’s not just that it was well-animated, but the stakes behind it are heavy. During this fight, All Might’s true form has finally been exposed to the world, who are shocked to see the number one hero look weak and frail, yet they continue rooting for him because he is the Symbol Of Peace, their moral pillar. When All Might uses the last of his power to deliver the final punch (a.k.a. United States Of Smash), BRUH!! I lost my shit. I haven’t seen a battle that satisfying in a while. The image of All Might standing victorious with his fist in the air is one of, if not, THE most inspiring image in anime history.

After that, All Might is forced to retire with no power left and we go into the next and final arc of season three, the provisional hero license exams where Class 1-A compete against other hero schools in order to get their provisional licenses. All but two people in the class manage to pass the exams, Todoroki and Bakugo. Speaking of Bakugo, he confronts Deku about his Quirk and we’re given the second best fight in the series as they both clash. In this fight, we see Bakugo’s more vulnerable side as he feels weighted down by guilt from being captured by the villains and he believes he was the reason All Might had to retire. The third season ends with the introduction of threads that would factor into the next arc, including the Big 3 and Overhaul, who’s going to be the next major villain.

And that was My Hero Academia. When you take two things that I love (in this case, anime and superheroes) and bring them together for something like this, how could I turn it down? Great animation, characters, writing, music, action, etc. My Hero Academia has the right stuff and is currently my anime series that out right now. Is it the best anime of all time? Can’t really say when Cowboy Bebop and Fullmetal Alchemist: Brotherhood exist, but it has potential to be among the legends, especially if they keep going at the momentum they’re at right now. Check it out if you haven’t. The first three seasons are available on Funimation, Crunchyroll, and Hulu and Bones is currently working on the fourth season, which will come out next year. Look forward to another review when that season ends. I’ve already read the manga in-between seasons and I won’t spoil anything, but let’s just say that in the next couple of arcs, shit gets real. Next time, we’ll talk about KonoSuba.