1968. The year Martin Luther King was assassinated (and Robert F. Kennedy). I heard that this was another great year for pop music and, yeah, it was. Psychedelic music was still popping, as was folk, rock, soul, jazz, and early funk. Not great as 1967, but still pretty damn good. But even the good years have their bad and we’re here to talk about them here and count down the worst of the worst. So let’s start. 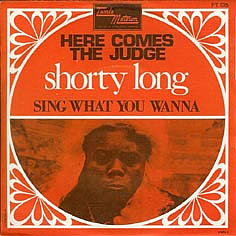 You know? I get wanting to make a joke song and I can get behind it if it was funny. But that’s not the case here. Here’s Shorty Long (which sounds like a rap name) with his big hit Here Comes The Judge. In this song, we have a trial where Shorty Long portrays a judge and I have no idea what the hell is going on. There’s a case where a guy can’t dance and he’s given a 90-day sentence to learn how to dance. And then there’s nonsense like this.

Stop eatin’ that fudge
Cause here comes the judge

Take what you will from the writing of this song because I am completely lost. It’s lower on the list because it all comes down to me not finding it funny and humor is subjective. Sadly, a year after this song’s release, Shorty Long passed away when he drowned in a boat accident. It’s a shame, really. Doesn’t make this song any better. 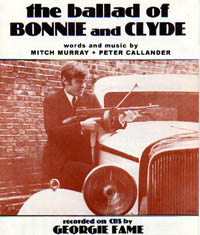 Let’s face it, America has a history of glamorizing criminals: gangbangers, the mafia, serial killers, Charles Manson, outlaws of the Wild West, and especially Bonnie & Clyde, a couple who gained notoriety in the early 30s for their crime sprees who were killed in a police ambush. Their story was brought to the big screen in 1967’s Bonnie And Clyde and a year later, in song thanks to Georgie Fame’s The Ballad Of Bonnie And Clyde. This is some hokey shit right here, from the instrumentation all the way down to how Georgie sings. It sounds like an amateur doing karaoke night at a Western bar. Also, it tells a simplified version of the famed couple. Hell, it got one detail wrong about where these two met. We also get the sounds of police sirens and gunfire just to sell the point more. I’d rather listen to Jay Z and Beyonce’s Bonnie And Clyde ’03 and I don’t even like that song. Let this remain forgotten through history. 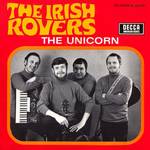 And now for something stupid, courtesy of the Irish Rovers (who are literally Irish). This is The Unicorn, a song about… well, unicorns. Unicorns and how lovely they are and how they really existed, but you don’t see them because they’re dumb enough to miss the Ark when the big wizard in the sky decided to flood the world. Yep. Not only is this a song about unicorns, but they also decided to work in the story of Noah’s Arc, where one man built a giant boat that can house 2 of every species of animal out there in preparation of God flooding the world and killing everyone and everything (even the animals that live in water, apparently). See what I mean? Add in some goofy, saccharine instrumentation and you got a song that’s ten levels of lame. Let it drown amongst the Great Flood. 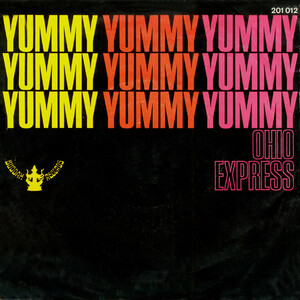 And on the topic of dumb shit, check out the title to this Ohio Express hit: Yummy Yummy Yummy. Going by that title alone, you’d think this was made for a goofy kids’ show. Musically, it sounds like a kids’ version of a lot of bubblegum pop songs of the time and the singing is very annoying, especially when the lead singer keeps saying “yummy, yummy, yummy.” Then, you look at the lyrics and it’s a love song that just so happens to involve eating. Either this dude is into some freaky foreplay involving food or he’s a literal cannibal. Either way, it’s childish and stupid. Next. 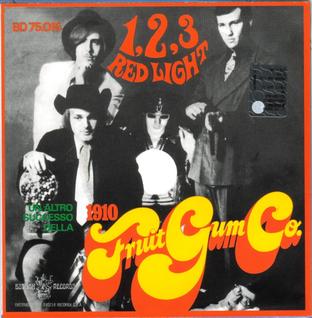 1910 Fruitgum Company. Who the hell came up with a name like that? This sounds like something made up by a record label and the music reflects that attitude. This band is on the list with a tie between two songs named after children’s games. Simon Says is pretty much a dance song where the listener is given dance instructions in the style of the game while 1, 2, 3 Red Light is a love song that got its title from the game Red Light/Green Light. Both songs sound like some elementary school crap that’s been crafted by a label Frankenstein-style. And this band would have another hit a year later called Indian Giver. Seriously. 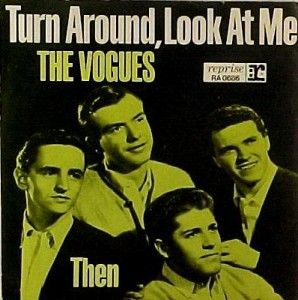 And now we move on to Turn Around, Look At Me, a Glen Campbell song covered by the Vogues. Honestly, this was one of Glen’s weaker songs and the Vogues don’t make it any better. Why? Well, setting aside the 50s-sounding music and vocals, the lyrics to this song are creepy as fuck. We have a guy trailing behind a girl, trying to get her attention and telling her that he’s the one for her.

There is someone who really needs you
Here’s my heart in my hand
Turn around, look at me

This is some Pepé Le Pew shit right here. I mean, this might have been somewhat acceptable back in the 60s, but now? Fucking yikes. From the way the writing is framed, it seems like this girl is trying to get away from this creepy ass dude stalking her. Personal boundaries, they exist for a reason. 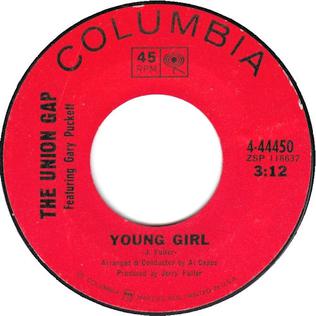 And we’re not done with the creepy shit yet thanks to Gary Puckett & The Union Gap and a theme that seems to rear its ugly head every now and then when I do these lists: pedophilia. This time, we have Young Girl, which is about a guy who finds out that the girl he’s dating was actually underage and wants her to go. Now, that sounds reasonable…

… and I take that back. I get you don’t want to cross that line, but the fact that you presented the possibility that you’ll still date this girl despite the fact that she’s underage says a lot. Really? Get out of here before I have time to change my mind? Are you that much of a creep? When even the artwork gives you the creeps, that’s not a good sign. Just… look at it. A guy wearing sunglasses looking at some ass. Red flags everywhere. So this… thing comes from the O’Kaysions and it’s their only hit, Girl Watcher. If there’s a textbook example of “white guys attempting to sing soul music and failing,” this is it because these dudes are utilizing a sound and style of soul that would’ve been dated even back then. This would’ve been passable in the 50s or even 1961 at the latest, but not 1968. And the writing is about what the title implies, a dude just watching girls in public. Seriously. There’s looking for someone who could be a potential partner and then there’s being a predator only out for pussy.

Hello there, female
My, my, but you do look swell

Seriously, who goes up to a woman and calls her female? I’ll tell you who: either a shut-in who doesn’t know how to interact with other people or an alien from another planet trying to figure out humans. There is nothing natural or okay about what’s going on in this song. 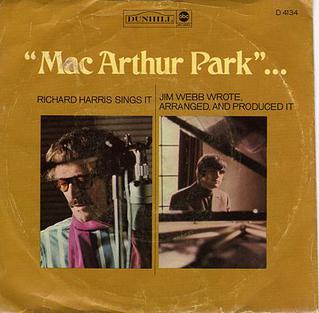 Next, we have a song that’s considered to be one of the worst of all time. Anytime someone talks about the worst that the 60s has to offer, chances are MacArthur Park is mentioned. This is a song written by Jimmy Webb and has seen many covers from Waylon Jennings to the Four Tops to Donna Summer. But it was first recorded by Richard Harris, which is what we’ll talk about on this list. One main issue with this song is that it’s needlessly too long at over 7 minutes. Originally, the song was supposed to be longer, but they trimmed it down. Honestly, it didn’t deserve its ridiculous length because this music is not that interesting, even when it switches up. Also, there’s the writing. It’s about a relationship coming to an end, but for some strange reason, the chorus makes a lot of references to cake.

MacArthur’s Park is melting in the dark
All the sweet green icing flowing down
Someone left the cake out in the rain
I don’t think that I can take it
‘Cause it took so long to bake it
And I’ll never have that recipe again
Oh, nooo!

You know? I get that it’s a metaphor, but it’s still dumb regardless. And Richard Harris sells this with a lot of undeserved melodrama. Now I see why this is considered to be one of the worst. But it’s not worse than the next song. 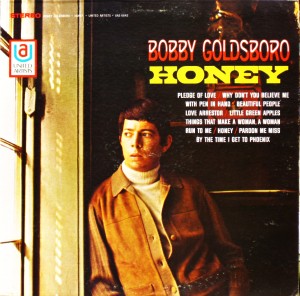 Boy, do we have something here. This is a song that seems to find itself on the chopping block of the worst songs of all time. Honey by Bobby Goldsboro is a song about a guy mourning his girlfriend after she died, which in itself isn’t bad, but then you get to the execution, which is all levels of botched. First off, it’s extremely boring, going for the sappiest instrumentation that the 60s could ever drum up, delivered by a charisma-free Bobby Goldsboro. And just as sappy is the writing, which is depressing (which is intended considering the topic) and kinda douchey, mainly thanks to this line:

Kinda dumb and kinda smart. Wow. Insensitive douchehole much? And making things worse is that the song implies that the girl killed herself. Geez, it’s almost like saying she’s kinda dumb wasn’t exactly a smart idea. You’d be the worst therapist in the world. Congratulations to Honey for being the worst song of 1968.

What A Wonderful World-Louis Armstrong